After a break for the holidays and CES, Ask A VC is back with two all-star investors, Venrock’s David Pakman and Kleiner Perkins’ investment partner Ted Schlein. Remember, Ask A VC allows you to ask the hard questions and put VCs in the hot seat

Pakman is visiting us from New York, where he’s been a partner at Venrock since 2008, focusing on investing in early-stage Internet and digital music companies. At Venrock, Pakman has led investments in Klout, Dollar Shave Club, Smartling and others. Prior to his career in venture capital, Pakman was the CEO of music retailer eMusic and co-founded myPlay, which was sold to Bertelsmann’s e-commerce Group. Before Myplay, he was vice president at N2K Entertainment, which created the first digital music download service. He also was the co-creator of Apple Computer’s Music Group.

It should be interesting to see what Pakman’s views are on the New York investment scene and where the next disruption in the music industry will take place.

You ask questions in the comments or here and we’ll ask them of our VC guests. 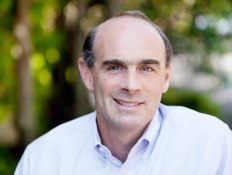 Schlein, who joined Kleiner in 1996, is one of the most experienced investors in the venture world, and makes investments for the firm in early-stage technology companies in the enterprise software and infrastructure markets. He’s led investments in Jive Software, ArcSight, Internet Security Systems (ISSX), Oakley Networks, and many others. He also serves on the board of directors of 3VR, 41st Parameter, Alien Vault, Chegg, Hara, Inspirato, IronPlanet, Jive, Mandiant, Nebula, Reputation.com, Shape Security, and Verdiem.

And Schlein oversees KPCB’s investments in Endgame Systems, LifeLock and Bit9. Schlein was also an early employee at Symantec and was the former chairman of the National Venture Capital Association (NVCA).

Want to know Pakman’s views on Spotify’s future or who Schlein thinks will be the break-out enterprise company of 2013? Please send us your questions for Schlein and or Pakman here or put them in comments below today or tomorrow!