Our cars today feature a lot of sensors, but it’s not easy for developers and hardware hackers to access to all of this data, which is typically proprietary and manufacturer specific. Last year, Ford, in collaboration with Bug Labs, announced the beta of its OpenXC program to allow developers to access metrics from its cars’ internal network. Today it is opening up the program and launching an SDK so anybody who is interested in this project can start building hardware and software for the OpenXC platform. Until now, the platform was only available as a limited testing release.

As Ford’s K. Venkatesh Prasad, the group and senior technical leader for Vehicle Design and Infotronics with Ford Research and Innovation told me earlier this week, this project is currently aimed squarely at the maker and hacker crowd. While we’ve seen both Ford and General Motors launch their new in-car app initiatives at CES this week, these two programs are really meant for developers who want to commercialize their apps and don’t currently feature a hardware component.

You can read more about the program below, but our own Matt Burns also got a chance to get Prasad on video today to explain the new platform to us:

The OpenXC platform, which itself is based upon a combination of the Arduino and Android platforms, is all about getting data out of the car and building custom apps and hardware modules. Developers, for example, can see if the windshield wipers or the headlights are on, tap into the car’s GPS system and get speedometer readouts. This, as Prasad explained in his interview with Matt Burns, could allow a developer to mash up date from the car’s wiper blades with location data and create “some really valuable traffic information if it’s aggregated right.” 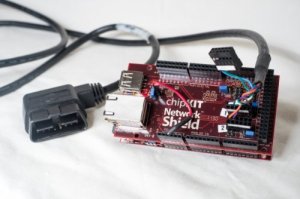 Prasad likes to call this process “prototyping 2.0.” Ford is providing the software and specs for the hardware, but it won’t – at least for the time being – sell its own version of the CAN translator that turns the data stream from the car’s internal network into readable information. Instead, he told me, the company hopes that an ecosystem of makers and maybe even startup companies will start selling these devices and then, over time, the modules they develop for them. The company, Prasad argued, prefers to invite innovation from developers and give them the tools to build new products instead of building them itself. 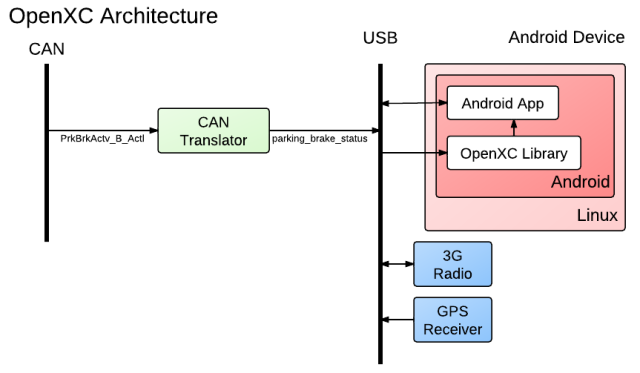 The hardware, of course, is just one aspect of this platform. Now that the OpenXC SDK is available, the project will allow a whole new group of developers to participate. As Prasad stressed, developers don’t need any industry-specific knowledge to start working with it. For the time being, he noted, the system provides developers with a minimum set of data and the company wants to see how developers use this information as it continues to expand the program.

Currently, this program is obviously led by Ford, but Prasad noted that this is an open-source project and that the company is open to working with other manufacturers and OEMs.

One thing neither Ford nor any of its competitors will likely allow anytime soon, though, is for developers to send data back to the car and build applications that directly interact with a car’s systems. There is little danger in letting developers access data from the car, but sending back commands opens up a whole range of security (and liability) questions that simply make this a non-starter for car manufacturers. 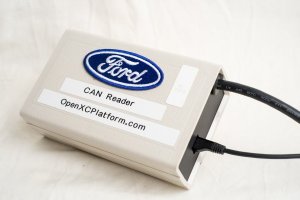 The OpenXC team is very small, but projects like this could have far-reaching consequences in the car industry, which is increasingly under pressure to keep its infotainment systems up to par with drivers’ expectations despite the fact that most of us replace our cars at a far slower pace than our cellphones. Projects like OpenXC could, in the long run, mean that a lot of the electronics in our cars could become more modular and exchangeable. For the time being, this project remains the domain of hackers, but there’s no reason to believe that somebody won’t be able to build a business on top of this, especially now that hardware startups have become increasingly viable.