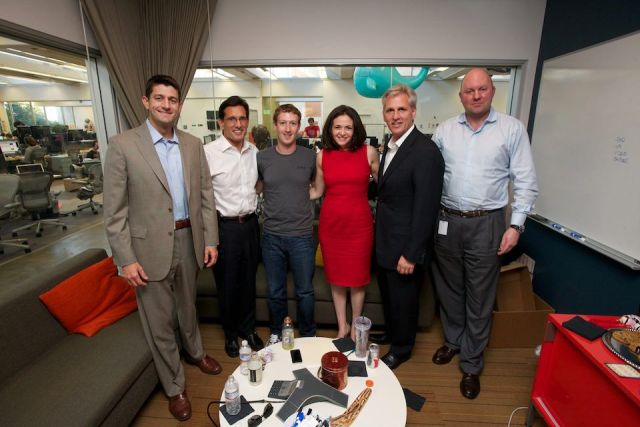 One of the most powerful positions in the U.S. goverment may be up for grabs if Republicans follow through on a growing opposition to House Speaker John Boehner (CrunchGov Grade: B). Opposition for his re-election tomorrow from members of his own party began pouring in after an epic press conference where Republican Governor Chris Christie slammed Boehner for choosing not to ratify aid to victims of Hurricane Sandy. It’s anyone’s guess whether the handful of critics can muster a last-minute coup, but, fortunately for tech companies, most of his likely replacements are quite friendly to the industry.

It's not a rumor. Outgoing Rep. Jeff Landry just confirmed they have 17. Enough to unseat Boehner.

The first and most obvious pick is House Majority Eric Cantor (CrunchGov Grade: A). Cantor has been a forceful proponent of high-skilled immigration reform and was the nail in the coffin for the widely contested Stop Online Piracy Act (SOPA) when he decided it would not come to a vote. He has also overseen the greatest expansion in transparency in Congressional history, including an agreement to place legislation online three days before a vote, as well as YouCut, which allows citizens to select federal programs to cut via SMS voting. Finally, the majority leader appears to have a good relationship with the president, so it could usher in a much-needed era of (relative) cooperation.

The Wisconsin congressman and former vice presidential candidate was an early favorite to replace Boehner in December, according to Fox News’ Laura Ingram. Ryan (CrunchGov Grade: B), like many of his libertarian colleagues, is a friend of tech through his opposition to regulation. He supported opening up crowdfunding for startups (JOBS Act), opposed SOPA, and supported high-skilled immigrants. However, he has some worrisome opposition to federal funding of science and an ambiguous relationship with net neutrality.

If Ryan were to get the position, it would signal a tectonic shift toward libertarianism. If you think the government moves slowly, even ideologically, then this pick isn’t as likely as Cantor.

The House Majority Whip has generally toed the line on big tech issues, including high-skilled immigration, SOPA, and crowdfunding. While rarely a figurehead for these issues, McCarthy (CrunchGov Grade: B) has shown a willingness to get more involved. I ran into the congressman and his geeky staff at Google’s swanky Republican National Convention . He’s pictured second to right in the Prom-esque photo with Mark Zuckerberg at Facebook.

Since I have an opinion on the subject, I feel compelled to disclose: Cantor is my favorite of the pack. He’s the only candidate who scored one of CrunchGov’s few A’s for being both tech-policy friendly and admirably experimental with open government.

If I’ve left other more likely candidates out, please let me know in the comments. This is all last-minute and so everything is up in the air. The implications for tech policy and the future of open government could be substantial.