Editor’s note: Maria Rocio Paniagua currently works as a project manager at Innku, one of the top mobile and web workshops in Mexico. She is very passionate about all things technology, entrepreneurship and innovation. Follow her on Twitter.

A few weeks ago, Vivek Wadhwa visited Mexico and wrote about the possible opportunities he saw for the Mexican IT sector, noting manufacturing plans. In his article, he suggested that the Mexican technology industry “leapfrog India” by moving away from IT services and into a different emerging market, grabbing the opportunity of re-automating the American manufacturing industry on markets like artificial intelligence, 3D printing and robotics.

Mexico is graduating roughly 130,000 engineers every year, so the amount of skilled professional talent needed to achieve these tech goals is available. Vivek pointed to a lack of confidence as a hindrance to success in Mexican tech. In another article, he closes with the words “there is no reason a Steve Jobs can’t be born in Mexico.” However, there are at least another two major challenges: the flight of talent (mainly to the U.S.) and the amount of resources being wasted on building entrepreneurial sand castles.

From what he expressed in his articles, he was exposed to the best of what’s happening in the country. He was at Instituto Politécnico Nacional, one of the most prestigious public universities that currently runs some of the largest research and incubator programs on cutting edge technology. It is only comparable to those at the Universidad Nacional Autónoma de México, both of which are taking on fields like genomics, biotechnology, and advanced engineering. However, what happens inside these two institutions is not replicated in other universities or research facilities.

On the private university front, Tecnológico de Monterrey has been developing a very successful entrepreneurial program and culture that other higher educational institutions have embraced and replicated. However, the gap between innovation and STEM (science, technology, engineering and math) seems to have widened with the startup boom in recent years. 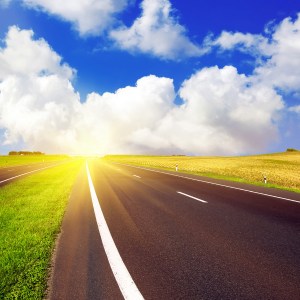 True, Mexico has embraced the “American startup dream”; but with its virtues, its vices came, too. Many funded startups nowadays are focused on solving first-world problems that are only mildly relevant in the long run, such as online apartment rentals, clothing lines, and an assortment of service and product distributions. What would happen if the amount of resources and talent invested were focused instead on solving the most pressing issues faced by the country and humanity, such as artificial intelligence, security, nanotechnology, and biomedics?

Also, the same thing that happened to the venture capital ecosystem in the U.S. has been replicated in Mexico. Existing funds are composed of managing partners with little to no practical experience or academic or technical credentials who walk around town selling larger-than-life versions of themselves and the teams of trigger-happy entrepreneurs they’ve funded. Processes in Mexico tend to be slower than in the U.S., so even though money over there is moving away from consumer-based services, that turn hasn’t fully been taken south of the border.

Networking events in Mexico are more of a plague than a service — sometimes there are up to two a day between Thursday and Sunday. And there is a very naive perception of what it means to be an entrepreneur. The market for events and entrepreneurial ideas is so saturated that teams fresh from a three-day hackathon may get asked to go give a “conference” on how being an “entrepreneur” has changed his or her life. “Venture capital” funds that take large chunks of equity and give back tiny amounts of money are now numerous, and more and more recent graduates or dropouts seem to think of this kind of entrepreneurship as a worthy career path, instead of acquiring experience in established companies, solving complex problems or continuing their education.

This is not to say that all efforts are in vain. There are some really talented individuals working hard on startups that are attempting to solve very intricate problems. They are fighting the hard battles, working to solve issues in the health, mobility, loans, security, and political sectors (to name a few) with teams of seasoned entrepreneurs, academics and experts pushing them forward from the capital front. On these terms there’s an amazing example of a rural community in one of the poorest states in the country emerging as a robotics hub and aspiring to work for NASA. So there is a very positive side to all this that cannot be overlooked.

However, following the path laid down by Vivek Wadhwa, or even drawing a more ambitious one, will be quite hard. Although the talent graduating in Mexico may be on par with that in the U.S., Europe and India, the graduates often fail to continue on a path that will result in something worthwhile. From this talent, only a small part is building complex and complicated products or gaining experience in long-standing companies and organizations. But again, what is alarming is that frivolous ideas with no long-term relevance are all the rage. This, in conjunction with the flight of talent beyond Mexico’s borders or its being engulfed in the static of fast-paced dreams and failures, will prevent Mexico from realizing its full tech potential.