Facebook’s Poke is a standalone app for impermanent messaging; the interface and features are very similar to Snapchat, a young startup that sees 50 million photos shared per day and is in the process of raising a substantial funding round from Benchmark Capital. 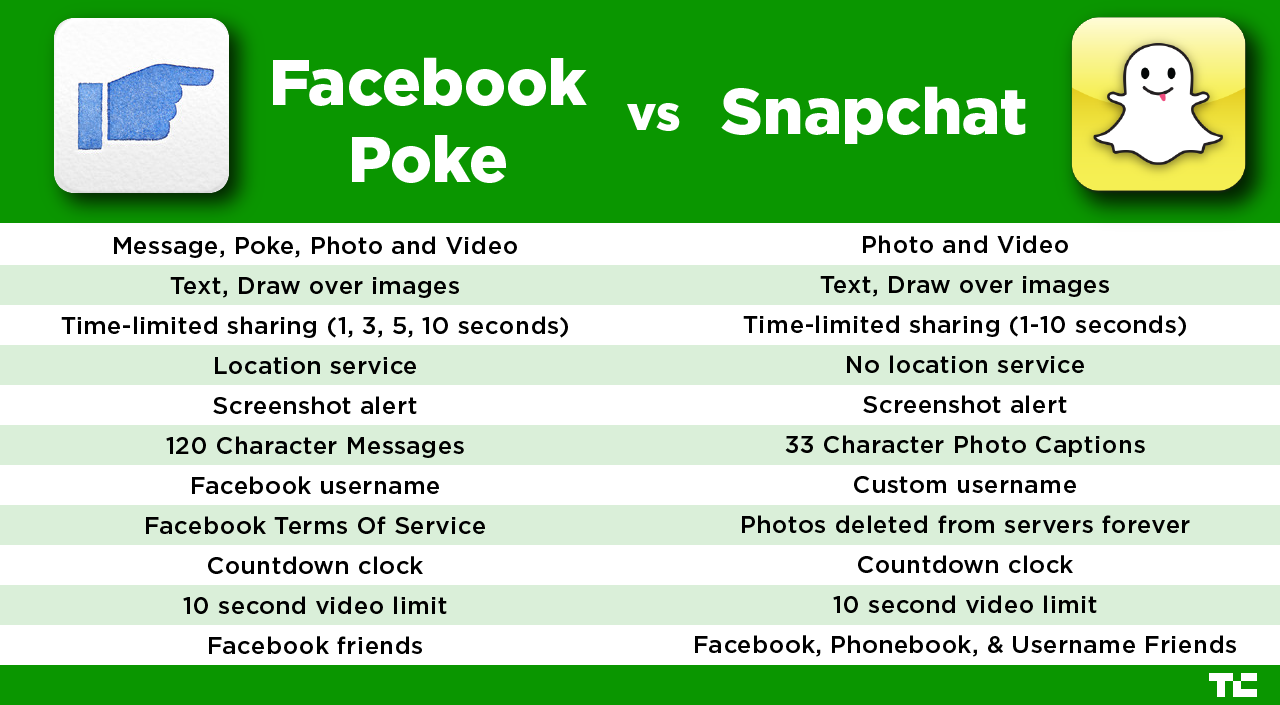 Given that Snapchat is in the process of raising a major funding round, the timing of Poke is very interesting. On the one hand, having the world’s largest social network copy your app and onboard users across its mobile apps with much larger user bases could limit Snapchat’s growth significantly.

On the other, Poke certainly validates this space as more than a place for sexters and high school and college kids.

Read more of our Snapchat-Poke coverage:

Your Facebook Pokes Are Stored For Two Days, Then Their Encryption Keys Are Deleted

Facebook And Snapchat Go Toe To Toe: Why It’s Good For Both Companies