I wouldn’t have an iPad if I didn’t have to do two things: Do interviews and cook. The first I have to do for work but the second I do for fun. Which is why I think that Snapguide’s  bold and stylish move to the tablet is not only inevitable, but means that the service has finally landed in its true home.

For those of you who don’t know Snapguide, it is basically How-To guides for Generation Mobile, founded by former Yahoo Pipes PM Daniel Raffel and former Google Chrome engineer Steve Krulewitz. TechCrunch founder Michael Arrington called the duo “blank check guys” in his original post on their launch.

“Invest in them if you can no matter what crazy ideas they have, because they are so smart and so driven that they’ll likely figure out a way to win big eventually.”

In addition to Arrington (in case it wasn’t obvious), investors like SV Angel, Mike Volpi, Gary Clayton, Jeff Fagnan and Dave Morin have also put money into the eventual success of the product. We’ve also been tipped that the app, which is No. 2 in Apple’s Best Apps of 2012 in the “Discover with Friends” category, is in Apple’s acquisition crosshairs. We’ll see. 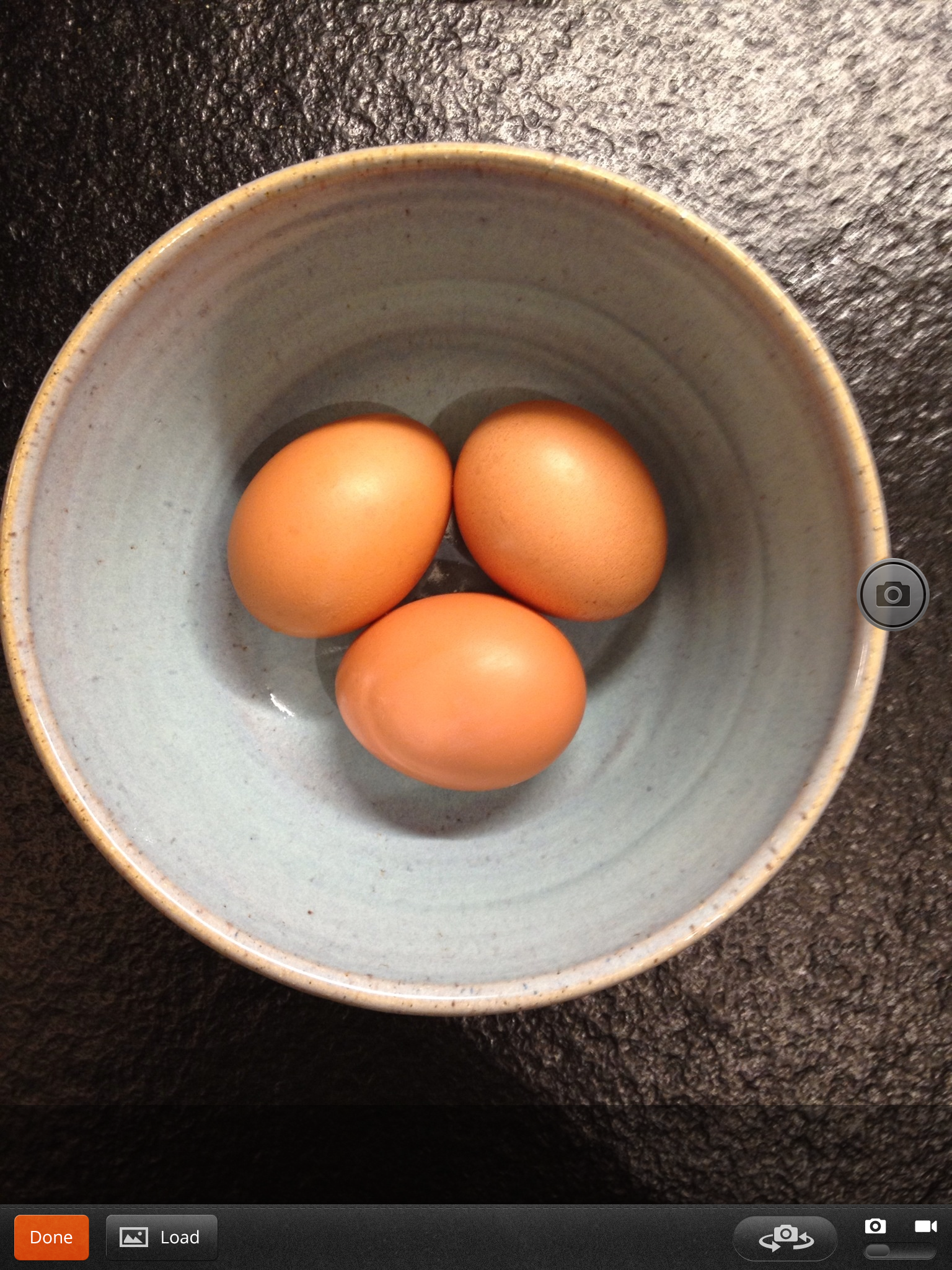 The Snapguide iPad app, like Pinterest or Flipboard for How-Tos, purposefully feels like a magazine — with big colorful photos of step-by-step guides like “How To Make A Girly Shirt From A Man’s Shirt” or “How To Make Your Eyes Look Bright And Awake.”

It’s easy to use and easy to see where a user could get lost for hours in both serendipitously discovering Snapguides through relevant topics like Style and Beauty (have you seen my Pinterest clothing page?) or on the Popular Guides page. Just like on any user-generated content platform, many will also spend hours creating guides, if they happen to be a mom who painstakingly comes up with original recipes for her children with no appreciation, but manages to accumulate 1,000+ appreciative followers on Snapguide or this random “Cook With Micho” guy who I’m pretty sure is Greek.

Basically the same people who like Pinterest like Snapguide, founder Daniel Raffel tells me, and it shows in the companies referral traffic. The service now has 1 million uniques a month, and boasts Pinterest as its top referer. The service has all the sundry social features like following, liking and sharing of guides via Facebook, Twitter, Pinterest and Google Plus, all of which bolster its burgeoning community and App Store rating, which is currently at around 5 stars. 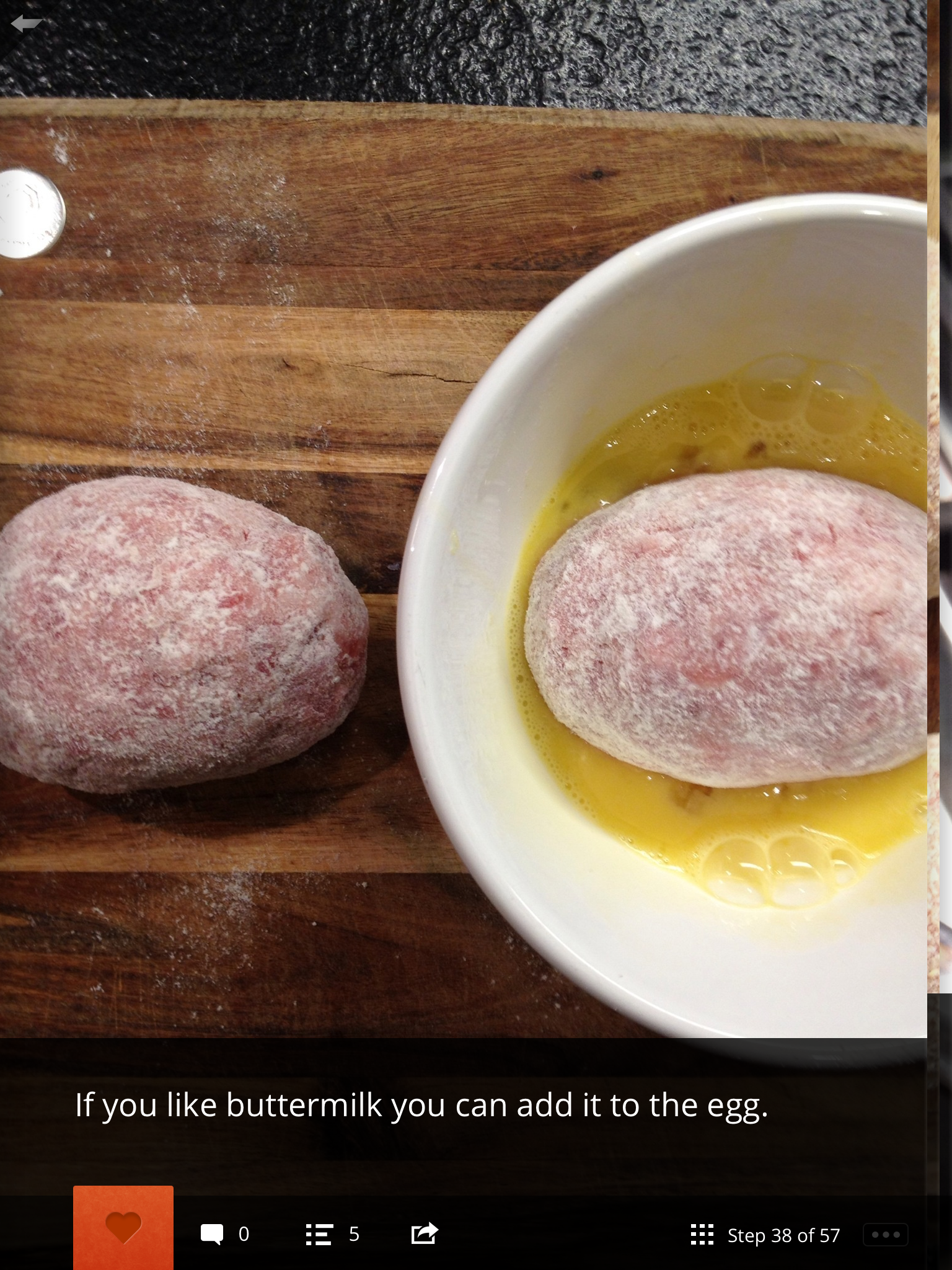 What the company does differently than older competitors Instructables or WikiHow is its fervent focus on simplicity and mobile design. “It became obvious that limiting the number of characters per step and only supporting short videos would become features and would allow us to design for predictable scenarios and keep the product easy to use,” Raffel explains. “Our focus on mobile challenged us a lot and frankly forced us to think about design approaches that tightened our product offering. We knew we could significantly lower the bar for publishing this type of content by offering drop dead simple mobile creation tools.”

The company plans on eventually monetizing by offering relevant ads against its How-To content and has already been approached for partnerships by some big brands who are looking to revamp their digital and particularly tablet strategies, we hear. “We decided to reimagine how Snapguide could work on this platform,” Raffel said “and it turns out that following along to guides while crafting or cooking is just a natural use for a tablet device.” Mhm.

The Snapguide iPad app is available in the App Store here. 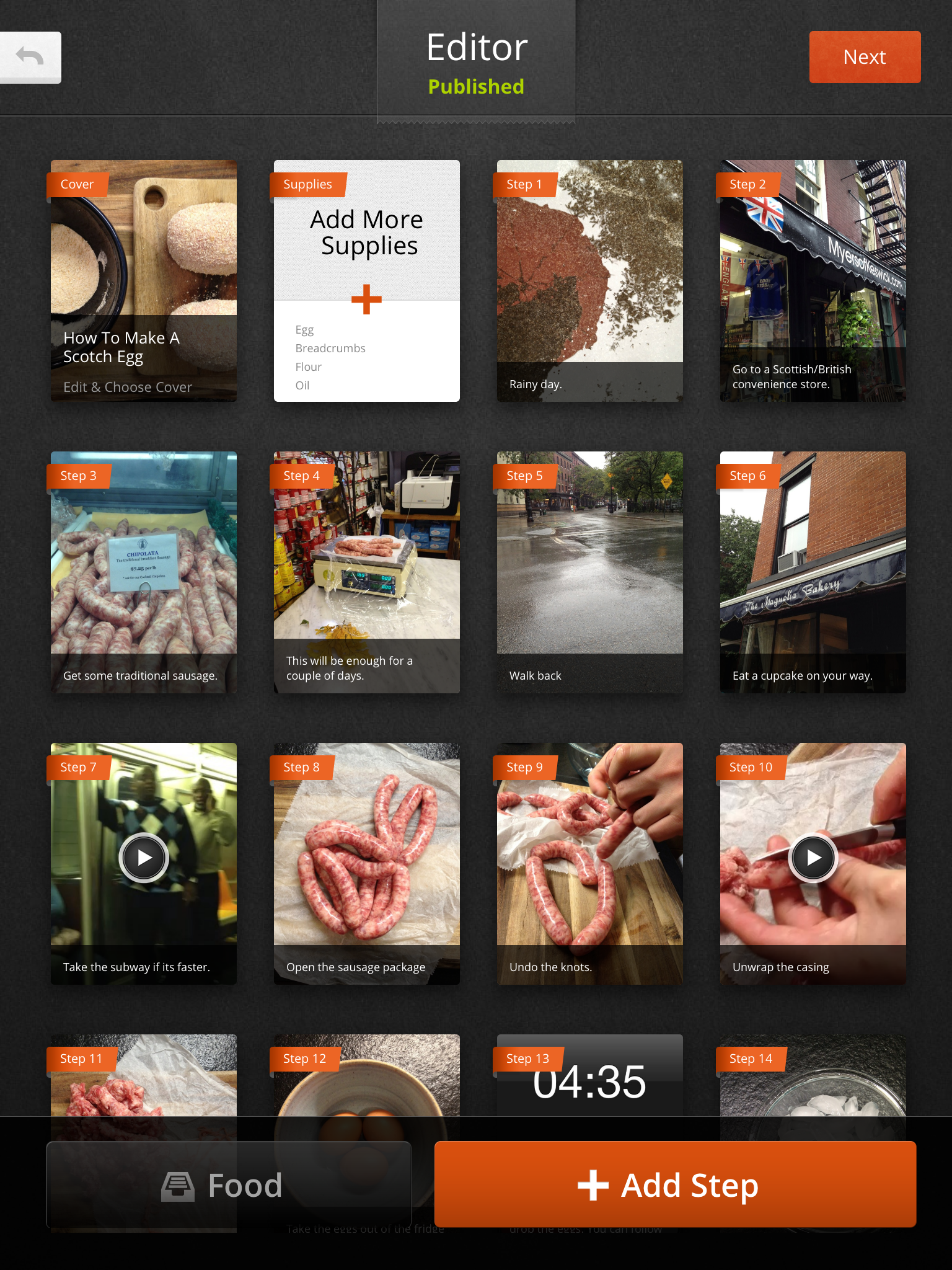 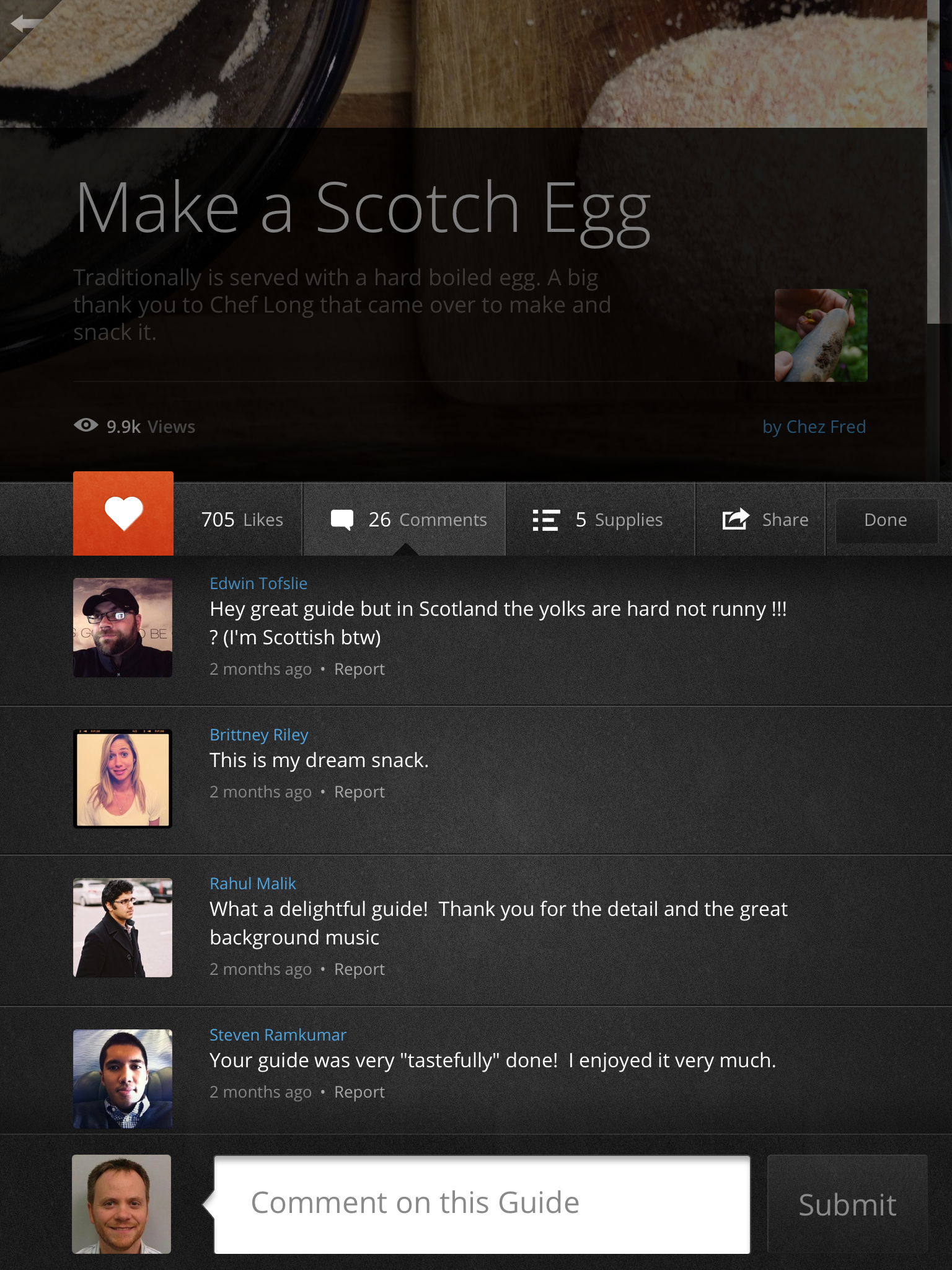 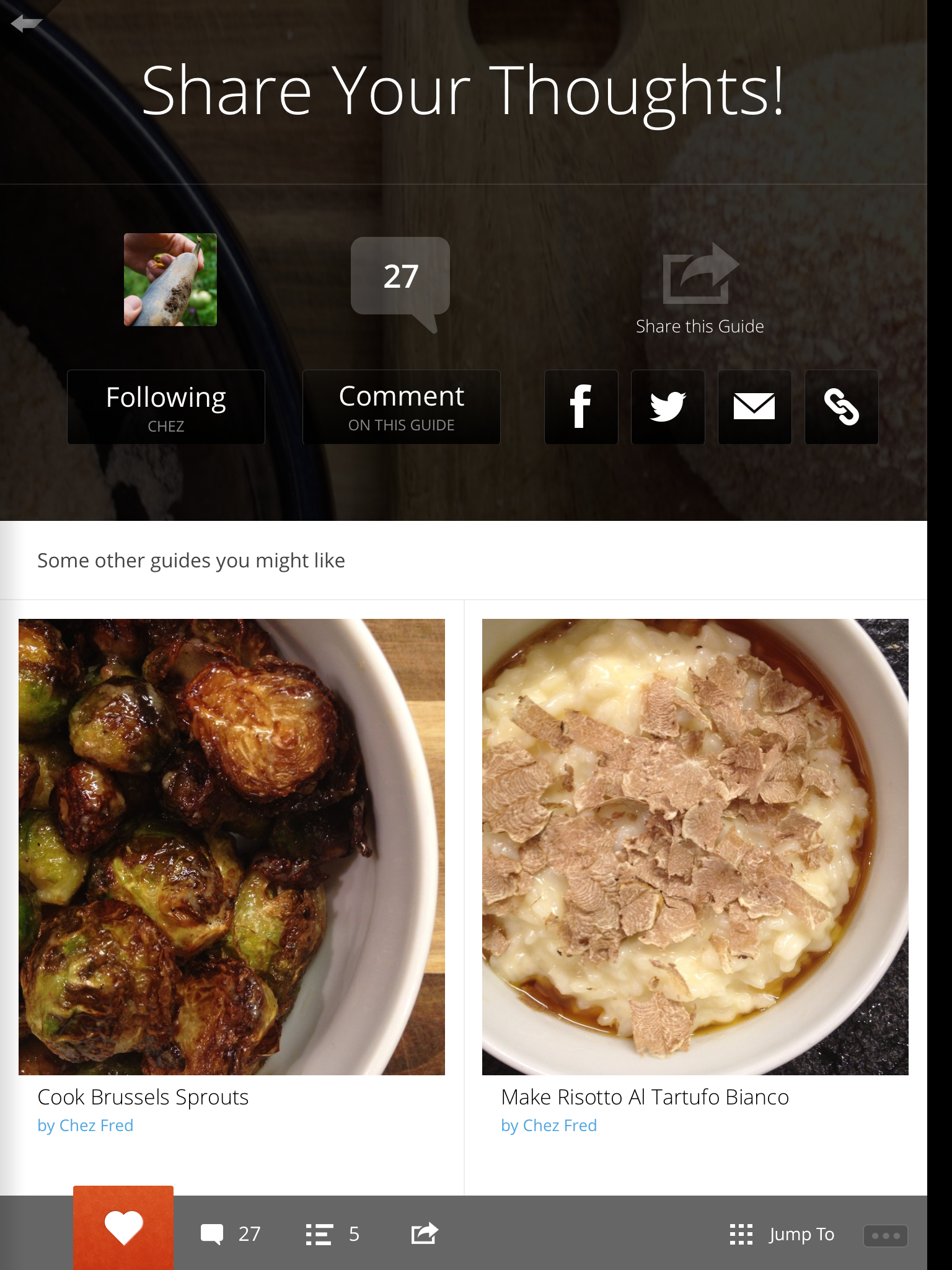 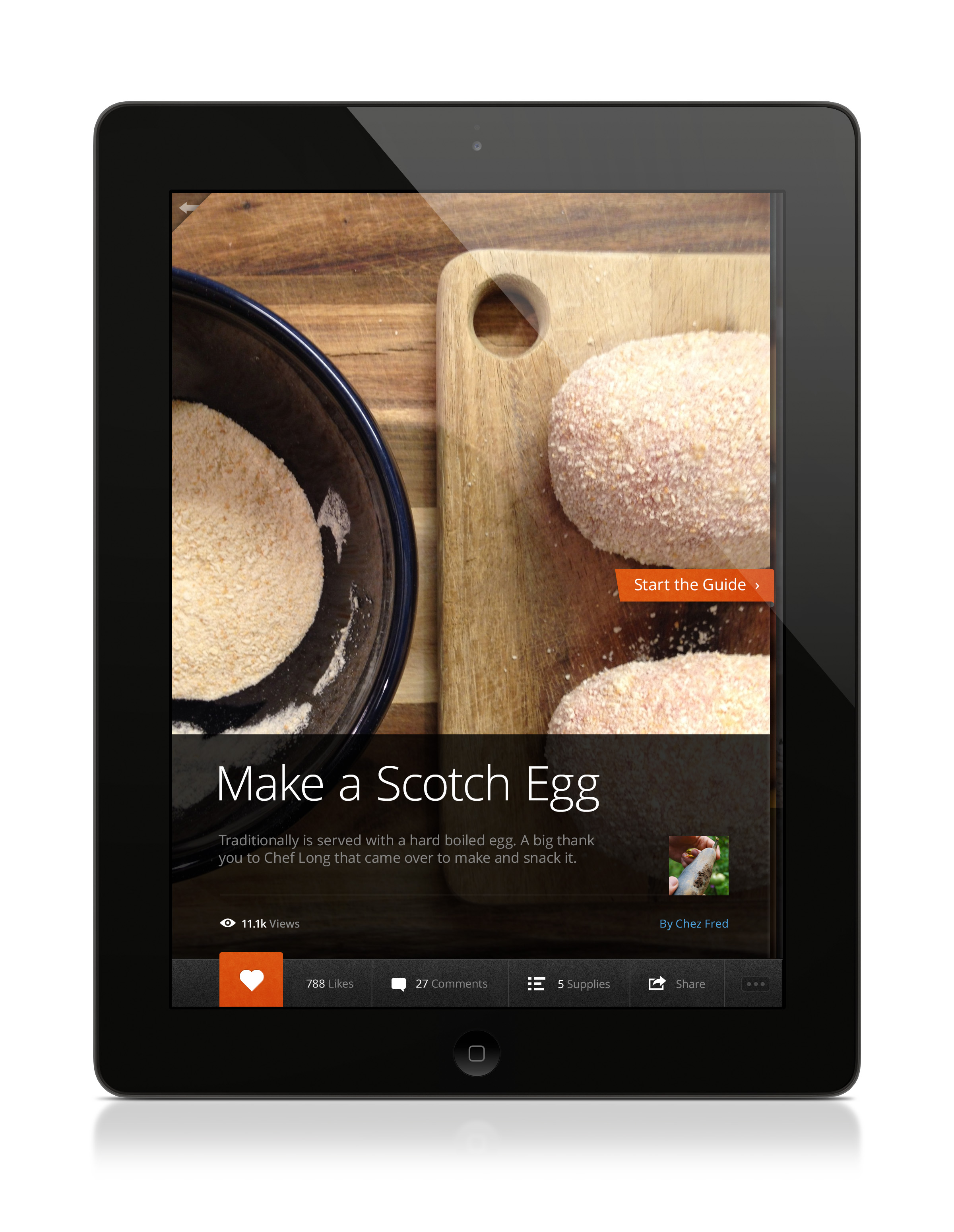