According to multiple sources, Cisco has taken a secretive role as the “Unnamed Silicon Valley industry titan” in a $31 million round for WhipTail, a flash storage company that also took investment from SanDisk and others

The Series C round of funding included investment from Ignition Partners, RRE Ventures and Spring Mountain Capital. Silicon Valley Bank provided debt financing. SanDisk’s investment in WhipTail was made through SanDisk Ventures, the company’s newly formed strategic investment arm. Cisco’s total investment was not available. Cisco executives did not respond to a request for comment.

My source would not identify Cisco as the mysterious Silicon Valley titan. But he did say the company has one of the largest market capitalizations in the Silicon Valley and has the same name as Sysco, the giant food distributor. Ridiculous, right?

As we enter Consumergeddon, the enterprise world is turning into a giant goat rodeo and is already filled with more snake-oil salesmen than a Texas cave filled with rattlers. So this ridiculous Sysco/Cisco mystery is right in line with the characters playing this ding-dong game.

Cisco’s secrecy is almost laughable here. It’s pretty clear that this is more than just trying to keep a low profile. Its partnership with EMC is falling apart, even despite what we hear about Cisco CEO John Chambers and EMC CEO Joe Tucci being such great pals.

Really, what we have here are two companies, rich as can be, that have porked out on high margins and eight-figure country club deals for the greater part of the last 15 years. Those days are coming to an end and both John and Joe know what’s ahead: lower margins and a host of disruptions from companies like WhipTail that have the technology to give customers better efficiencies and higher performance. 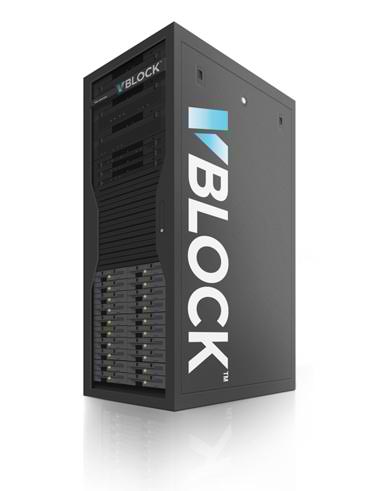 Things have not been so rosy lately between Cisco and EMC. VMware, an EMC company, acquired Nicira earlier this year. The deal caused a major rift with Cisco. Nicira has a software-defined networking technology that represents a bit of a threat t0 Cisco and its hegemony in the networking market. To make matters worse, EMC and Cisco are partners in VCE, a company they jointly own. VCE integrates EMC’s storage with VMware’s virtualization technology and Cisco’s networking. The partnership is based on each company remaining on their respective turfs. But with EMC going into networking, the partnership is falling apart.

If Cisco is in fact the “unnamed titan,” its investment in WhipTail would give it a deeper interest in the converging storage and networking markets. At the heart of WhipTail’s technology is the ability to pass data through a server with volume, speed, and efficiency. Richard Fade of Ignition Partners said it is the efficiency that comes with flash that makes the market so exciting. Companies like WhipTail can help customers do with one flash server what may take three or four servers with traditional hard disk drives.

It would be an important deal as well for SanDisk, a long-time leader in the flash market. SanDisk has invested $75 million in a new fund meant to help foster innovation in the storage space, and the deal with WhipTail is the first for the fund.

It’s becoming popular for enterprise companies to set up venture funds to invest in innovation. But while it’s an antidote to the innovator’s dilemma, it’s only part of the answer.