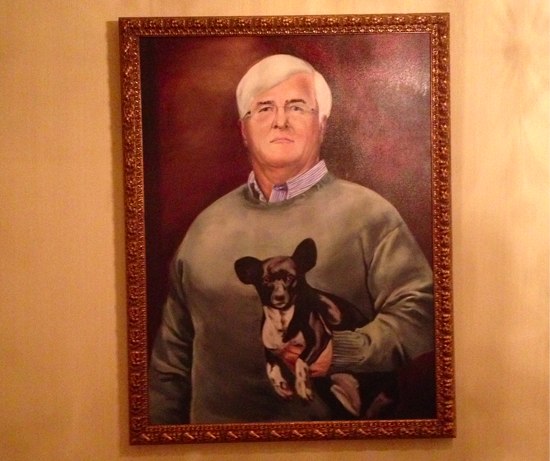 Ron Conway, Silicon Valley’s best known angel investor, got quite a gift this evening. Laurene Jobs, the wife of the late Steve Jobs, dropped by the Conway annual holiday party this evening and unveiled what I can only describe as an epic painting of the man. It was hung on the wall, and just about everyone in attendance took a picture.

The painting is based on a photo taken of Ron and his dog Coco for a Fortune article earlier this year.

I tried to steal it because I thought the painting really should be up at the CrunchFund offices (as a conversation piece). Security suggested that was a bad idea.

The party was significantly less festive than previous years because of the horrendous shootings in Connecticut earlier today. Conway’s toast was mostly about the families affected. Congresswoman Gabby Giffords was at the party – Conway rightfully called her an American hero. 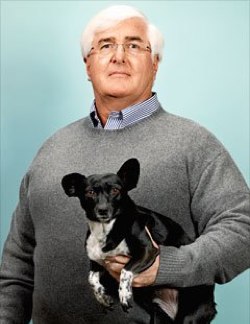 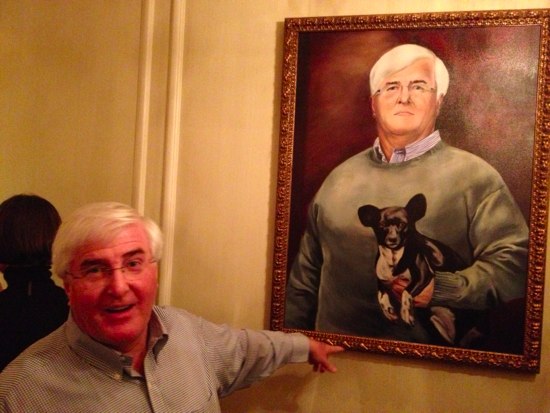