Google continues to integrate its Google+ social network deeper into its wide range of other products. YouTube already has an extensive Google+ integration, but now the two services are getting even closer. Google just expanded the connection between the two by making it easier to share new public videos to Google+ after they are uploaded and by highlighting users’ public YouTube videos on their Google+ profiles.

Google is also renaming the Google+ “Videos” tab to “YouTube.” Clicking on this tab in a user’s profile now sends users directly to their YouTube channel. This feature, says Google’s Dom Carr, is meant for “those of you who are aspiring musicians, pundits, comedians, or brands.” By giving users another avenue to their YouTube channels, Carr writes, these users will be able to “grow [their] audience even faster with Google+.”

Carr says these improvements “are rolling out over the next few days.”

To use these features, of course, Google requires that users link their YouTube and Google+ accounts. Google is giving its users a reasonable amount of flexibility in this process, especially when it comes to using real names on YouTube, but a number of users remain reluctant to link their activities between the two services. 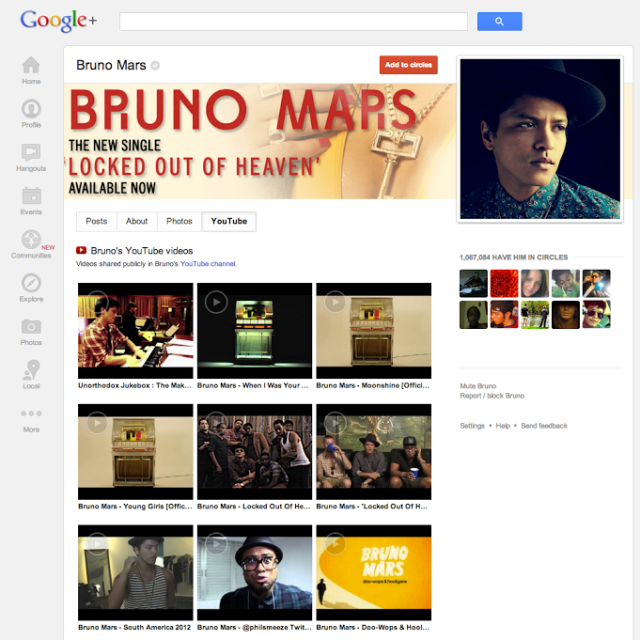