Apple SVP of Internet Software and Services Eddy Cue sent an interesting 31st tweet today. It’s a Foursquare check-in at Apple’s HQ, indicating that Cue is trying out the service at work. Moreover, Foursquare CEO Dennis Crowley is spending a week in San Francisco. These two circumstantial bits of information incite speculation: could they be talking about an acquisition, or a deep software integration in iOS?

Crowley has already been spending some quality time in the Valley lately, trying to raise a Series D round.

What’s the thinking behind the speculation, beyond the tweets? Apple has many reasons to be interested in Foursquare. After June’s redesign, the location-oriented startup became a Yelp competitor at heart. It wants to lure away Yelp users to find the best restaurant around you to eat tonight without having to check in or care about badges.

These days, iOS relies a lot on Yelp data for restaurants. But Apple likes to do everything in-house, and to own every part that makes Apple’s products useful. Yelp is very good for restaurant recommendations in the U.S., but provides much less information outside of the U.S.

Since iOS 6, Apple has ditched Google Maps in favor of its own Maps application. While doing so, it has incorporated Yelp recommendations to find nearby restaurants. Even before that, Apple chose to incorporate Yelp data for Siri recommendations, then redirected to the Yelp app. In June, Apple went a step further by querying Yelp directly within Siri.

Foursquare could replace everything related to Yelp in iOS. At the same time, Apple released Find My Friends a year ago. It has very few active users and bad ratings in the App Store. Apple could safely forget about Find My Friends if Foursquare becomes an Apple app.

Now comes the tough part. If Apple is considering acquiring Foursquare, it would be at a steep price. The company, 25 million users strong, has been looking to raise a new round at a pre-money valuation of between $700 million and $800 million.

Even if Apple bought the company at this exact valuation, it would be an expensive price-tag for a consumer-facing software service. Comparatively, Apple acquired Siri for more than $200 million and Chomp for $50 million. In the past, the company closed bigger acquisitions for supply-chain-related strategic companies, not for startups.

It remains to be seen whether Apple could be tempted by its talented team of 150 people in order to develop the product further. Foursquare data becomes even more valuable for the users as people check in and add other users as friends.

A Foursquare-iOS integration in Maps and Siri is more likely to happen. Its place database is used by Instagram, Uber, Flickr and many other services. With 5 million check-ins a day, Foursquare can then provide you with a list of interesting places nearby, pushing big places to the top. Talks between the two companies are exciting and intriguing at the same time. And Foursquare can certainly make Apple products and applications more useful. But the content (if any) of the rumored meeting will remain a secret for the time being. 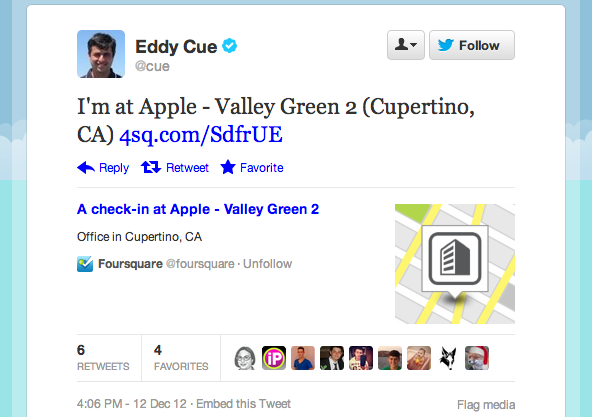 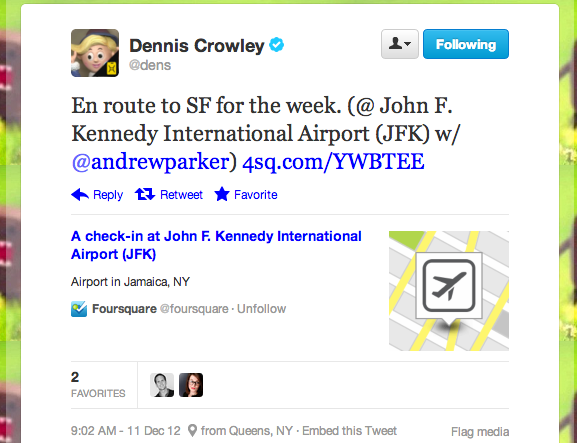