Now it’s time to see if Facebook Gifts will be a nice supplement to the company’s revenue, or a core chunk of it. Facebook could make between $127.5 million and $1.02 billion on Gifts per year now that it’s rolling out to all U.S. users today after two months in testing with tens of millions of people. It’s also launching a wine category, and more charities you can gift to. Let’s look at Gifts’ earning potential.

Facebook launched its social commerce product Gifts in September. It lets people choose a friend, often someone who’s birthday or wedding it is, and give them a real-life gift or gift card. At first it only allowed a few users to access the beta, but then let the service grow organically so anyone who received a Gift gained the ability to give them. It dropped another couple tens of millions of users into Gifts in late November, and now is finally publicly available so anyone in the US can give to other people stateside. 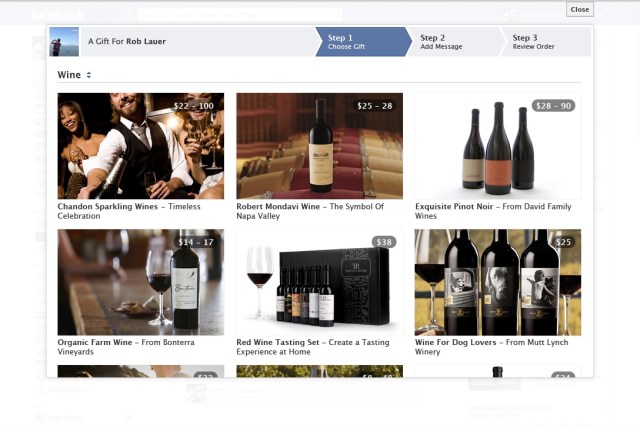 Facebook has roughly 170 million users in the US, based on SocialBakers data and the company’s latest earnings call. It doesn’t reveal the revenue share between Facebook and its Gifts manufacturers, which is different depending on the Gift. But let’s say Facebook earns either 10%, 15%, or 20% per purchase. Some users will likely buy many Gifts, while many will likely buy none, so we’ll calculate assuming the average user buys one half, one, or two gifts per year. Gifts range in cost from $5 to over $50 so let’s assume a $15 average. 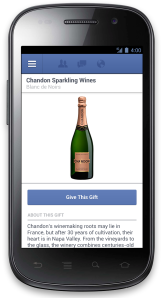 So Facebook could be earning $127.5 million to $1.02 billion depending on how big a cut it gets, and how many Gifts people buy a year. That means it could account for up roughly 3% to 24% of its yearly revenue. Basically, Gifts will complement Facebook’s advertising and gaming revenue but won’t replace them. If it made $510 million a year, that would be $3 per year in additional average revenue per user in the US. That would nearly double the US ARPU from $3.4o to $6.40.

This equation could change if Facebook can roll out Gifts internationally — something it hasn’t announced any plans to do. But there are plenty of shipping and localization problems with that. Not to mention the fact that most people around the world could not afford to buy even one $15 Gift per year. That’s a big hurdle for Gifts. Even if Facebook takes off in Facebook’s core markets like the UK, Germany, and Japan, it can’t scale to countries like Brazil and India.

Facebook has been rapidly expanding the selection of what you can give. Today brings a whole new wine category plus new charitable organizations. A few weeks ago it added iTunes Gift Cards, and before that dozens of additional retailers to build on the 100+ it started with when Gifts launched.

Piling up incremental revenue streams seems to be Facebook’s strategy. By combining web and mobile advertising, payments taxes, and commerce instead of relying on just one, it has the flexibility to tune up or down how aggressively it monetizes each channel and hedges its risk. If it can stack enough $500 million a year revenue sources and then keeps growing them, it could keep its stock price rising or at least grow into a more comfortable earnings multiple.