Just when you think that Republicans are developing a respectable reputation on innovation, they nominate the most reviled policymaker in the technology industry to chair House Committee on Science, Space and Technology. Rep Lamar Smith (CrunchGov Grade: F), sponsor of the Stop Online Piracy Act, which sparked arguably the largest online public outcry in Internet history, will now oversee part of the budgetary process for NASA, FEMA, the FAA, Department of Energy the Environmental Protection Agency, and the National Science Foundation. While Washington insiders will rightly note that this new post on a relatively benign committee is, in fact, a demotion from his current (and much more powerful) chairmanship of the House Judiciary committee, let’s count the ways this is a colossally bad public relations move.

1. Silicon Valley Gives A Lot of Money: According to the data compiled by the San Francisco Chronicle, the Bay Area contributed more money to Obama than the fat cats on Wall Street or the entertainment moguls. The Bay area contributed $14.7M compared to $14.5M from New York or $6.3M from Hollywood. The influx of tech money “represents this shift of financial power, which is now translating into political influence, from the East Coast to the West Coast and Silicon Valley,” said Melinda Jackson, a political science professor at San Jose State associate who leads the university’s Survey and Policy Research Institute. 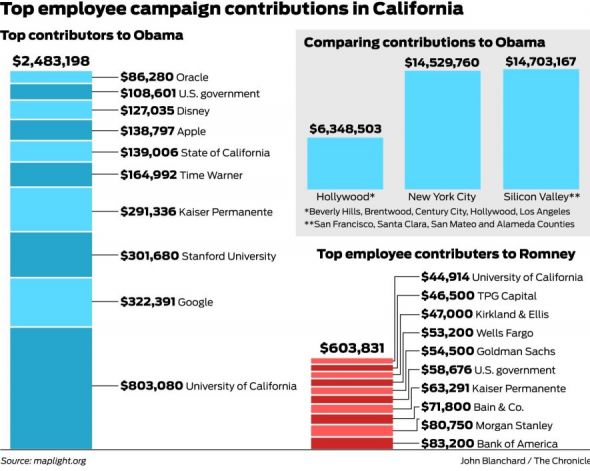 “Silicon Valley is becoming the most significant contributor and issue shaper in the nation,” admitted Mayor of Los Angeles, Antonio Villaraigosa.

While it’s difficult to know how much of Silicon Valley’s liberalism is purely ideological, it would be difficult to win over a tech crowd without the perception of being innovation friendly. For in the Valley, being tech-savvy could be a voting issue.

“Venture capitalists invest in the future,” said Lorna Randlett, who helped her husband, Wade Randlett of the Silicon Valley Advocacy group, the Technology Network, raised upward of $700,000 for Obama, “And innovation now means something different: It used to be about being smart and snappy … but now it’s about what we need as a country to survive in a global marketplace.”

2. There Are Geeks In Silicon Valley Who Like To Work On Campaigns: Obama’s extraordinary win over then-Democratic shoe-in, Hillary Clinton, was powered by a team of social media geeks, including Facebook Co-founder Chris Hughes. In 2012, Obama again assembled a dream team of developers from Silicon Valley’s top firms (as chronicled in The Atlantic‘s excellent piece, “When The Nerds Go Marching In“). Even Romney’s campaign relied heavily on contacts within Facebook and Google to assemble their own digital eco-system.

In other words, there’s a scarcity of the brightest tech minds in the world, and a party which appears hostile to innovation won’t inspire many geeks to leave their well-paying jobs for a political campaign. “If Democrats have the support of 80 percent or 90 percent of the best and brightest minds in the information technology field, then it shouldn’t be surprising that Mr. Obama’s information technology infrastructure was viewed as state-of-the-art exemplary,” wrote New York Times election forecaster, Nate Silver, in a recent post about the growing importance of Silicon Valley.

Republicans desperately needed to signal that they had learned from the recent electoral smackdown and were on the path to win back the appropriate friends. Apparently, this is not their strategy.