Bitcellar, one of the rare Japanese app developers that faces outward from the country and reaches a global audience, is finally making a debut on iOS after a long and successful run on Google’s Android platform.

The company is behind FxCamera, a photo editing app that offers everything from basic filters to more advanced features that add fisheye effects or turn photos into comic drawings. Launched in 2009, FxCamera has consistently been one of the top five or so free photo apps in the Google Play store in about 35 countries.

Bitcellar acquired the app into the company earlier this year for an undisclosed amount and the single developer behind the app, Morifumi Yamashita, joined Bitcellar’s board. The company has about 5 million monthly active users.

On the back of that success, Bitcellar took $5 million in funding from one of Japan’s best-known venture firms, JAFCO. The team also has an experienced background with the CEO Ryosuke Kawamura being an alum of Atlantis, a mobile advertising startup that Japanese gaming giant GREE acquired for $26 million.

On the iOS platform, they’ll be facing off with one of the more popular paid editing apps, Camera+, along with a plethora of other photo-sharing apps that have turned filters into a commodity feature.

FxCamera has a few things beyond filters — which may or may not be enough to help it stand out in a very crowded category. The app had the fortune of being a first-mover on Android. On iOS, it’s coming relatively late. The app has a ‘Fisheye’ mode and a ‘Symmetric’ mode, which are both pretty self-explanatory because they either add a fisheye lens to your photos or make them symmetrical. There’s also voice recording so you can add narration to any photo.

Bitcellar hasn’t been charging or running any ads in any of its apps. The plan is to launch a cloud storage service that lets people save all their private photos on the web. They haven’t decided on pricing for the service and they aren’t concerned about competition from Google Drive or Apple’s iCloud service.

“Everyone knows iCloud, but it’s hard to use,” said Junichi Nagamatsu, who heads marketing for the company. 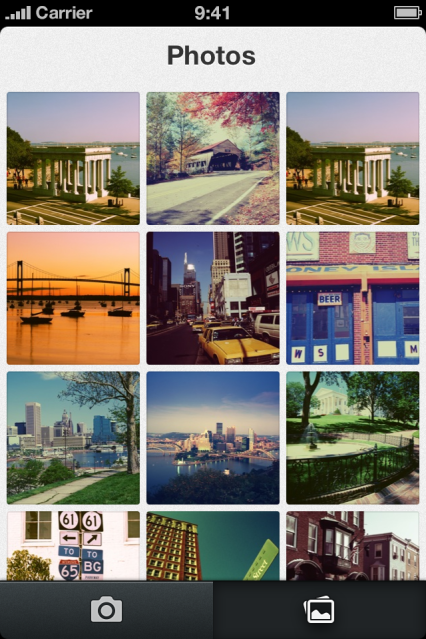