It sucks being in a band. No, no, playing music and the groupies seem great, but updating all your web presences one by one with your new songs or videos must be a drag. BandPage Connect wants to make it as easy as Guitar Hero. The musician profile platform now lets you update your BandPage, and any site or app tapped into the Connect API auto-syncs, including WordPress and a dozen other launch partners.

Like a heavy metal band that lost its drummer in a fiery bus crash, it’s been a tough time for CEO J Sider’s startup. BandPage was killing it on Facebook for years, serving as the defacto music profile app because Facebook didn’t build one. 500,000 bands were using it stream their music, show off photos, and list tour dates on Facebook. It had 32 million monthly active users, putting it up there with Zynga as one of the top developers on the Facebook platform.

But then Timeline for Pages launched.

Bands couldn’t set BandPage as the default landing tab for their Pages, and the flashy cover and design overshadowed the little button that opened the app. Traffic took perhaps the sharpest nosedive I’ve ever seen in tech. In the two months after March 2012, BandPage lost over 90% of its traffic, plummeting from 32 million MAU and 1.5 million daily active users to just 3.3 million MAU and 130,000 DAU according to app tracking service AppData, near where it is today. 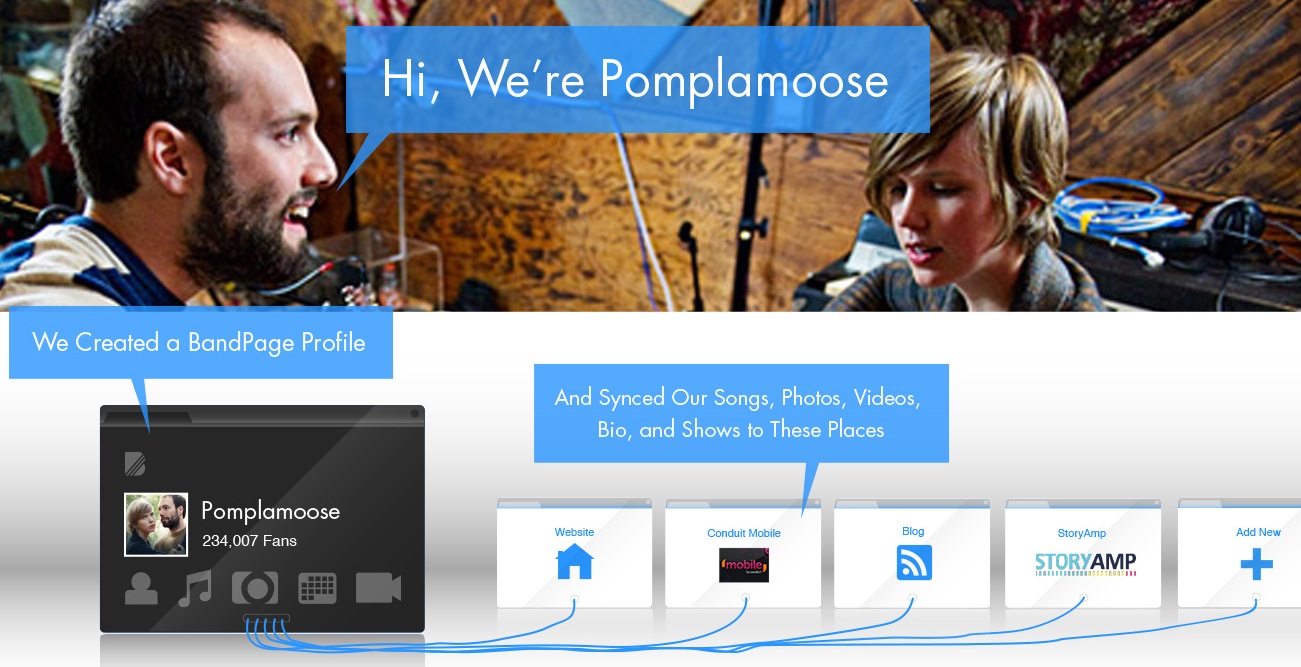 But now it’s rebuilding, focusing on what musicians need across the web, rather than filling a hole on Facebook. It launched BandPage Everywhere and BandPage Extensions in July, creating a content management system for building high quality, customizable musician websites with no coding skills. In an email interview, Sider told “In the short period of time since BandPage Extensions were launched, over 100,000 extensions have been created, and those extensions have driven a substantial portion of our overall company traffic.”

And now with BandPage Connect, artists can push new content once and have it show up on their websites, blogs, contest entries, music festival profiles and more. Any site can build on the Connect API, but the full list of launch partners features WordPress, Guitar Center, Midem Music Festival, PledgeMusic, Conduit Mobile, Earbits, StoryAmp, Tixie,Music XRay, Local Music Vibe, Swarm.fm, WeDemand and The Social Radio.

A band could pull in new videos to feature on their WordPress blog, ensure their latest biography info shows up on their Midem music festival artist page, and let judges for Guitar Center’s song competition check out their brand new single. Sider says this means “anywhere fans find them online they don’t see an old photo or an out of date show info”, yet artists don’t have to think about it.

BandPage has long focused on getting to scale rather than aggressive monetization, though with over $18 million in the bank, its investors might be starting to get antsy. A move into taxed merchandise sales could be one route to profitability. But for now BandPage is at least doing a great service to musicians, allowing them to keep their hearts and minds focused on creating music and playing shows, not fiddling with their websites. 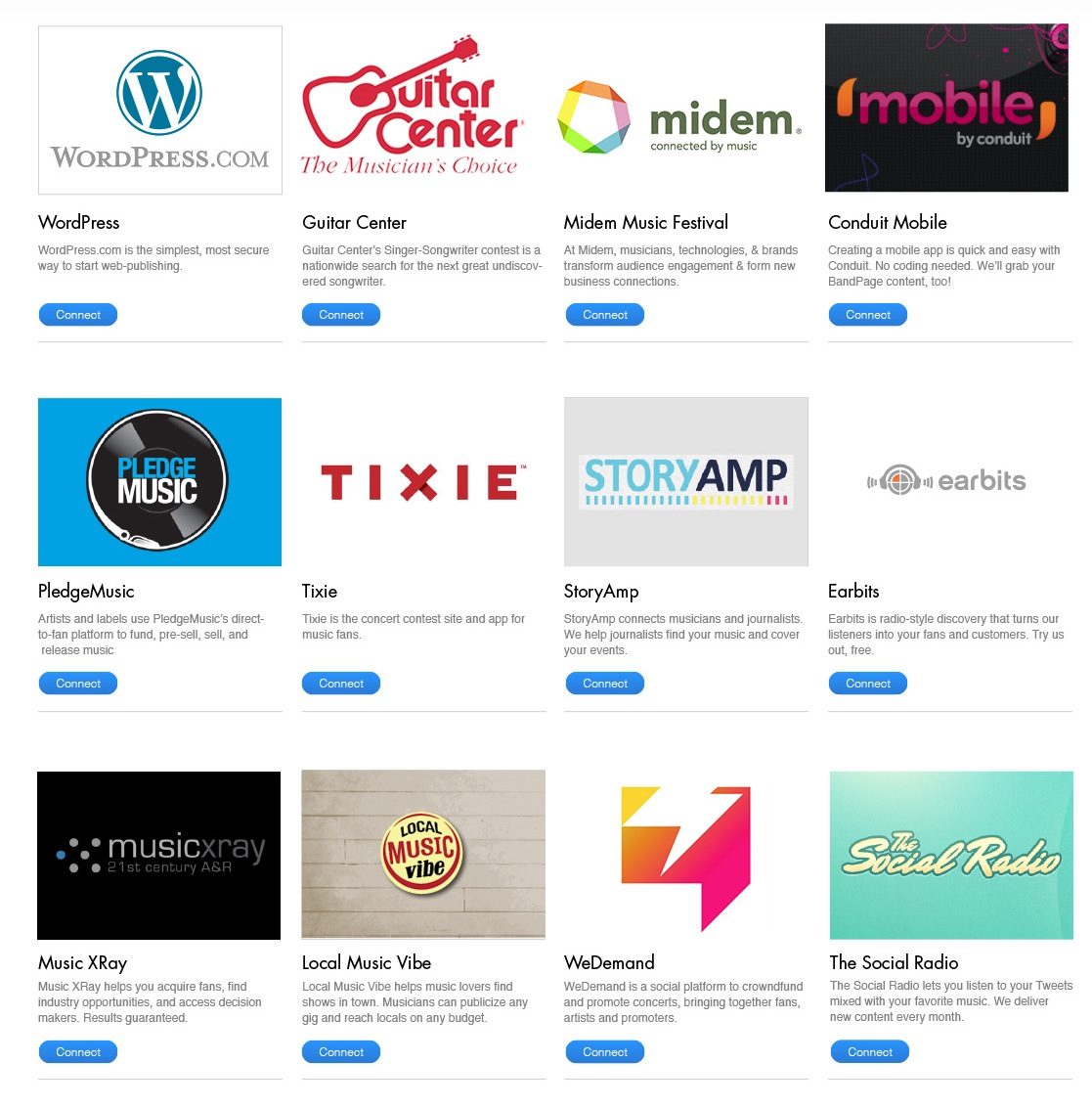