PlanetSide 2 is the first title in the Twitch and SOE partnership — with more expected down the line: SOE said it plans to incorporate Twitch into “future relevant titles”.

Here’s a screenshot of the Twitch/PlanetSide 2 integration 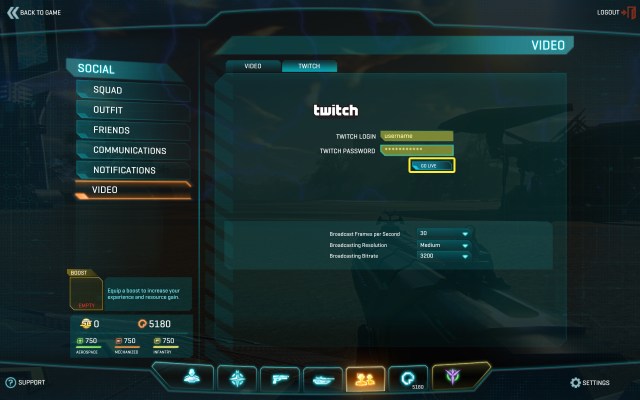 The feature is scheduled to be deployed in an external beta game update for PlanetSide 2 players to begin testing this weekend — so expect a flood of Auraxis-based ground and air combat streams to hit Twitch. Twitch added that it’s in discussions with other large games developers and publishers to incorporate its live streaming service.

John Smedley, President, Sony Online Entertainment, noted that more than 21 million minutes of PlanetSide 2 gameplay have been streamed already, and said the company is keen to grow this by making it even easier the process. “We’ve gone out of our way to make the interface extremely easy to use and allow players to cast with just one-click,” he noted in a statement.