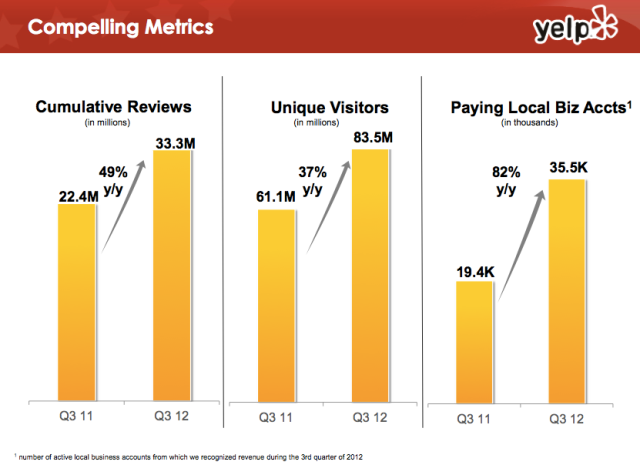 Yelp narrowed its net loss to $2 million for the third quarter after pulling in $36.4 million in net revenue. That’s up 63 percent from the same quarter a year earlier. The company said total reviews went up by 49 percent to 33 million, while the number of local business accounts grew by 82 percent to 35,500. The company changed its guidance for the year, projecting net revenue of $40 million to $40.5 million, with adjusted EBITDA (or earnings before interest, taxes, debt and amortization) of $1.25 million to $1.5 million.

Even though Yelp’s fourth quarter revenue forecast came in slightly below analysts’ average estimate of $40.8 million, Yelp’s shares rose slightly in after-hours trading to $24.45 a share. Compared to many of the other consumer web companies that went public in the last year like Zynga, Groupon and Facebook, Yelp has held steady at a market capitalization of around $1.5 billion since its IPO earlier this year.

The company is focused on breaking into international markets, with its recent $50 million deal to by European competitor Qype and launches in Helsinki and Singapore. Singapore is the company’s first foray into Asia. About half of Yelp’s 96 global markets are outside of the U.S.

Like all of the major consumer Internet companies, including Google and Facebook, Yelp is seeing its users shift onto mobile devices. Yelp’s mobile app is also growing at a healthy pace with about 8 million unique devices a month.

While this shift may hurt short-term profitability, it could be a very attractive long-term opportunity. Nearly half of all Yelp’s searches are done from a mobile device. The company recently signed deals with Apple to bring its content into Maps along with links directly to the app. 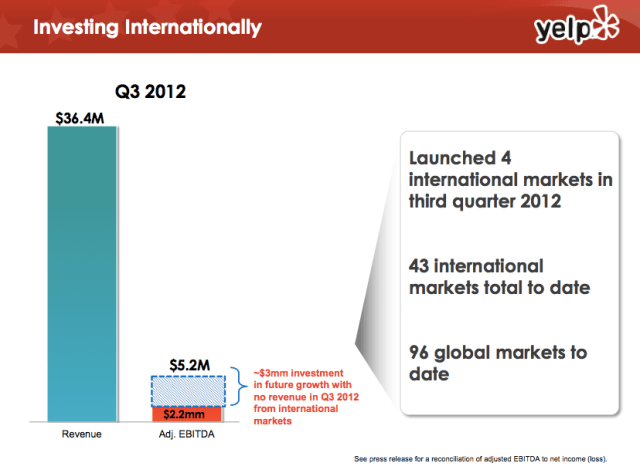 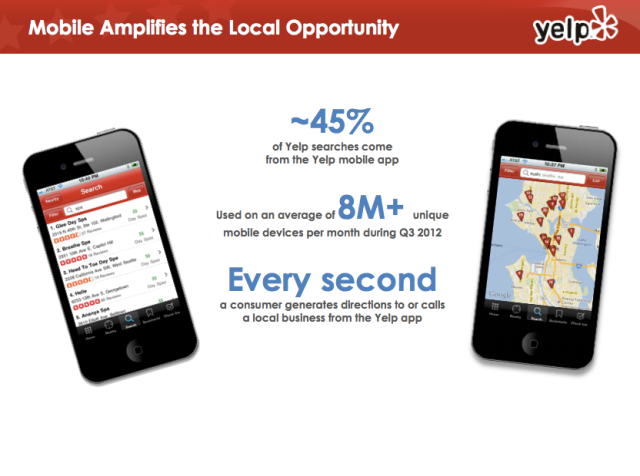