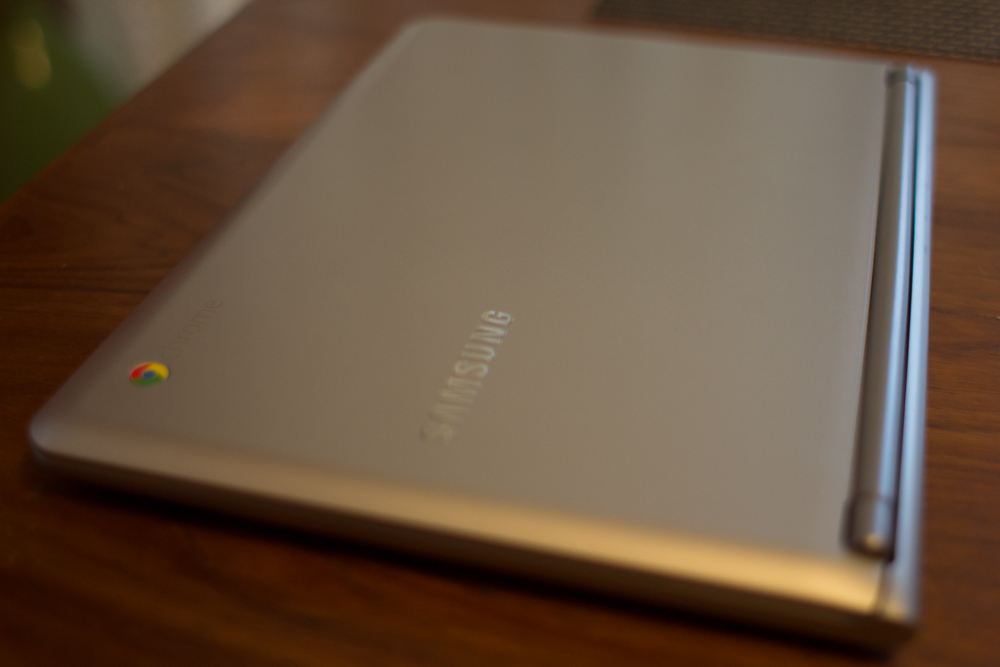 Samsung and Google recently introduced the simply named Chromebook, a $249 computer with an 11.6-inch screen and around 6.5 hours of battery life in a slim and svelte 2.5 lb, 0.8-inch-thick shell. It’s a bare-bones approach to the concept of a Chrome OS notebook, and it’s probably what Google should have done with this type of hardware from the very beginning. But does that mean it’s good?

Chrome OS is minimal; it’s a web browser, essentially, with features added that make it possible to access local files and work more easily offline. Hardware for an OS like that need not be overly complicated, or overly powerful. It really just needs focus, and that’s mostly what Samsung and Google have delivered with this new bargain-basement notebook.

The Chromebook is as easy-to-use as Chrome the browser itself – which is to say very easy. In fact, there are a good numbers of users who aren’t comfortable doing much outside of their web browsers, and that is the ideal target audience for this device. If what you want is the web, Chrome delivers that, with a very functional keyboard with web-focused functions like dedicated reload, back and forward buttons, and a trackpad that does its job better than those on most Windows computers, even if it does move the cursor when scrolling once in a while, which is surprisingly annoying over time.

Thanks to Chrome’s large app and extension store, there’s plenty of software here to meet basic computing needs, and even handle some more advanced tasks including photo editing. For daily casual computing, and even a good chunk of my work tasks, the Chromebook is a device that meets my needs. It doesn’t go very far beyond, and there are some tasks that are less frequently part of my gig that I’d have to go back to a more capable computer for (like video editing for instance, or anything other than light retouches for photo work). But for remote web workers on a shoestring budget, Chrome OS running on Samsung’s intelligently pared down hardware is a heck of a combo, providing a user experience that’s hardly frustrating, and definitely spends a good amount of time in the ‘enjoyable’ range, too.

The Chromebook’s hardware is about as far away from high-end ultrabooks as you can get: it uses plastic, the screen feels taken directly from a netbook released around 2008, and it feels like it’s got quite a bit of flex in the body. But it’s also incredibly small, slim and light, and while ports (save the SD card slot) are around back, they’re there, and with USB 3.0 and HDMI out, they’re modern and capable. In other words, Samsung cut corners where it should have on this design and made sure not to when it was important to how the notebook handles.

If I had to sum up the Chromebook’s hardware in one word, it would be “smart.” The screen (which appears low-contrast and somewhat washed out compared to more expensive contemporary devices) is its greatest weakness, but it’s far from unusable. And there are other areas where the Chromebook actually pleasantly surprises, like with the built-in speakers, which are actually pretty good so long as you don’t crank the volume up too high. The camera for video chat also does the job, and an included USB to Ethernet dongle makes it possible to connect to a wired router. Even the keyboard is a good one, with dedicated buttons for browser-specific features, and comfortable, well-spaced and placed keys, though keyboard backlighting is understandably missing.

The Chromebook’s battery is maybe its key hardware feature. Google says it gets around 6.5 hours from a full charge, and in my usage that turned out to be right. Plus, when sleeping, it sipped energy slowly enough that I could close the lid, pick it up a couple of days later and still jump back in. For a computer like this, that’s meant to offer instant-on convenience, a good battery is a crucial measure of success, and one that’s impressive on its own at this price point.

If you’re a Chrome user, which I am, then Chrome OS is like an old familiar friend. All that this has over a traditional Chrome experience is the addition of a simple file browser and user account switching. If, like me, you spend 95 percent of your day in Chrome, then that means what the Chromebook can accomplish is significant, but not all-encompassing. For instance, plugging in SD cards from my DSLRs had mixed results; an older 8GB standard version was recognized immediately, and I could open JPGs (not RAW) for viewing and editing, but a 128GB SDXC wasn’t picked up by Chrome OS.

Still, with instant on, and customizable settings for the trackpad (I’ve gotten used to Apple’s so-called ‘natural’ scrolling), the Chromebook’s software offered everything I needed for light use at the airport or on the couch, and I can easily see it meeting the entertainment and casual needs of a huge swath of everyday users. Chrome’s app store has grown considerably since its introduction, helping out with a variety of social, productivity, gaming and entertainment apps to satisfy most needs for those who aren’t hardcore gamers or working on the next Dreamworks masterpiece.

Chrome’s Remote Desktop feature is also very useful if you’re adding the Chromebook to a network of existing computers and want to access them for any reason, but I found it had trouble with more complicated multi-screen setups like the one I run in my home office. Still, for basic remote access, it’s a good tool to have around.

At $400 or $500, the Chromebook always struck me as an unusual device aimed at an enthusiast market; after all, who would want to pay as much as you might for an entry-level Windows machine for something with a far narrower, less capable software ecosystem? But now at $249, the Samsung Chromebook makes perfect sense: it’s a cheap, effective portable web browser with a full keyboard and nearly all-day battery life. If you’ve got four or five times the asking price, buy a Mac or a PC. But if those machines are overkill for your needs, you won’t regret picking up a new Chromebook, either now for $249 or when the $329 version brings cellular connectivity to the mix.