Microsoft’s Windows Phone 8 event takes place later today — where we expect to find out exactly how the integration between WP8, Microsoft’s new mobile OS, and its new desktop OS Windows 8 will work. In the meanwhile, the Verge has spotted a companion app that’s surfaced on the Windows Store which will allow WP8 users to sync content with a Windows 8 PC.

The app allows WP8 users to “get an overview of what’s on your phone, add photos, videos and music from your computer, find apps and dive into each category on the phone and share with other apps, or delete items to make space”, according to the app description. “Your computer and your Windows Phone 8 work together seamlessly with the Windows Phone app so you always have your photos, videos, and music, and more where you want them,” it adds. The Verge notes that it doesn’t work on Windows Phone 7-based devices, as you’d expect.

Here’s the full run down of features, according to the app listing

Back in July, Microsoft’s WP senior product manager Greg Sullivan told me to expect some “cool stuff” when the wraps finally come off Windows Phone 8. ”There are a whole series of… new capabilities and features that will come that we haven’t talked about and there’s integration with Windows 8 that we’ll demo closer to the date,” he said. It remains to be seen whether syncing, sharing, auto-saving and the other features detailed above are the only “synergies” between Microsoft’s mobile and desktop OS.

In the Windows Store listing, the app is listed as a “tool” and has been given a 12+ age rating.  The app developer is listed as Microsoft Corporation. System requirements/supported processors are listed as: x86, x64, ARM.

Interestingly the app has apparently been reviewed 49 times — despite there being no Windows Phone 8 devices on sale yet — and has a three-star rating. 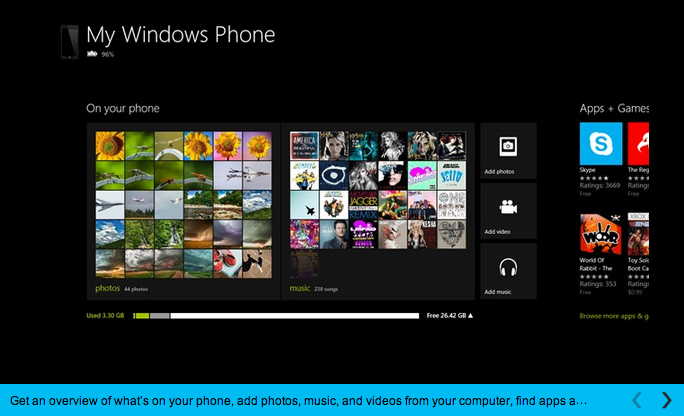 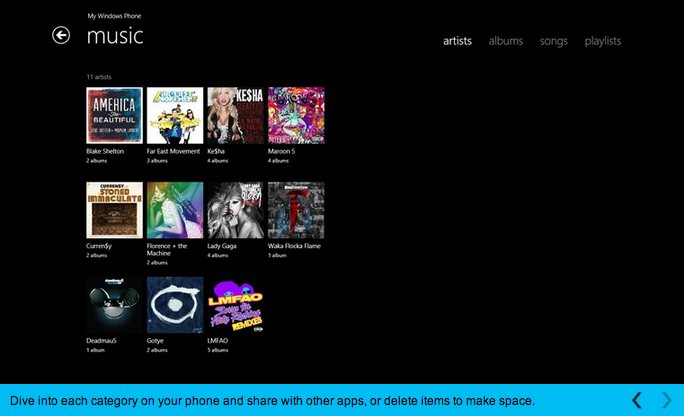