Facebook didn’t guess that users wanted to share photos. It learned it, Mark Zuckerberg explained in his talk at Y Combinator Startup School. “We really listened to what our users wanted, both qualitatively listening to the words they say, and quantitatively looking at behavior that they take.” Users didn’t necessarily say they wanted photos, but were uploading new profile pics every day.

So Facebook built out photo sharing, it exploded with popularity, and proved that sometimes the data can reveal what users want before they even know it.

That wasn’t the last time Facebook would put turn this practice into product. Hundreds of thousands protested the news feed, but engagement was up, Facebook stuck it out, and news feed became one of the site’s most popular features.

On the other hand, Facebook’s mobile usage kept growing, but all the iOS users were complaining the app was too slow. So Facebook pivoted away from HTML5, rebuilt the app on native architecture, and its App Store rating and engagement climbed. You have to listen to both the words and the numbers.

During his talk with YC founder Paul Graham, Zuckerberg also stressed that entrepreneurs need to give themselves the flexibility to follow what they learn, and what they love. Zuck told the crowd of young entrepreneurs and YC companies at Stanford that “I have this fear of getting locked into doing things that are not the most impactful things you can do.”

That’s why he said “I never understood the idea of wanting to start a company before” knowing what the company should accomplish. “I think people really undervalue the option value in flexibility.”

Zuckerberg then advised would-be entrepreneurs to “Explore what you want to do before committing. Keep yourself flexible. You can definitely do that in the framework of a company, but you have to be weary of working at a company and getting locked in. You’re going to change what you do.” Zuckerberg wasn’t even sure Facebook would be a business. As our writer Colleen Taylor details, Zuckerberg thought Facebook was just a hobby at first. 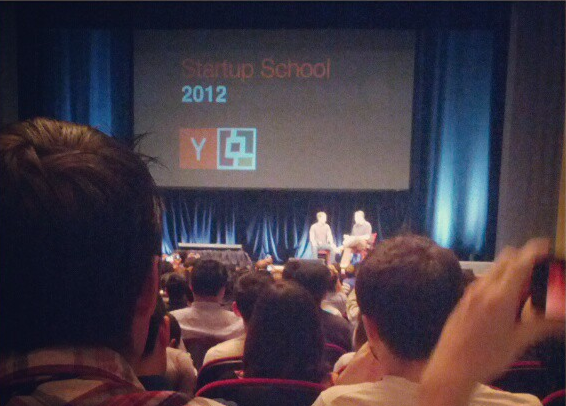 If you think you have an idea, make sure it’s going to have a big impact. Zuckerberg said that “One of the lessons is…do something fundamental. A lot of companies I see are operating on small problems, and that’s fine if you want to be an entrepreneur, but the most interesting things operate on a fundamental level.”

And if someone new enters your market with unique ideas, don’t derail your roadmap chasing them. Otherwise, Zuckerberg said you could end up like Myspace, which ruined itself chasing Facebook. Zuckerberg explained “they felt threatened by us and copied us, and you’re never going to win that way. Companies getting started now that are just trying to copy what other people are doing aren’t successful.