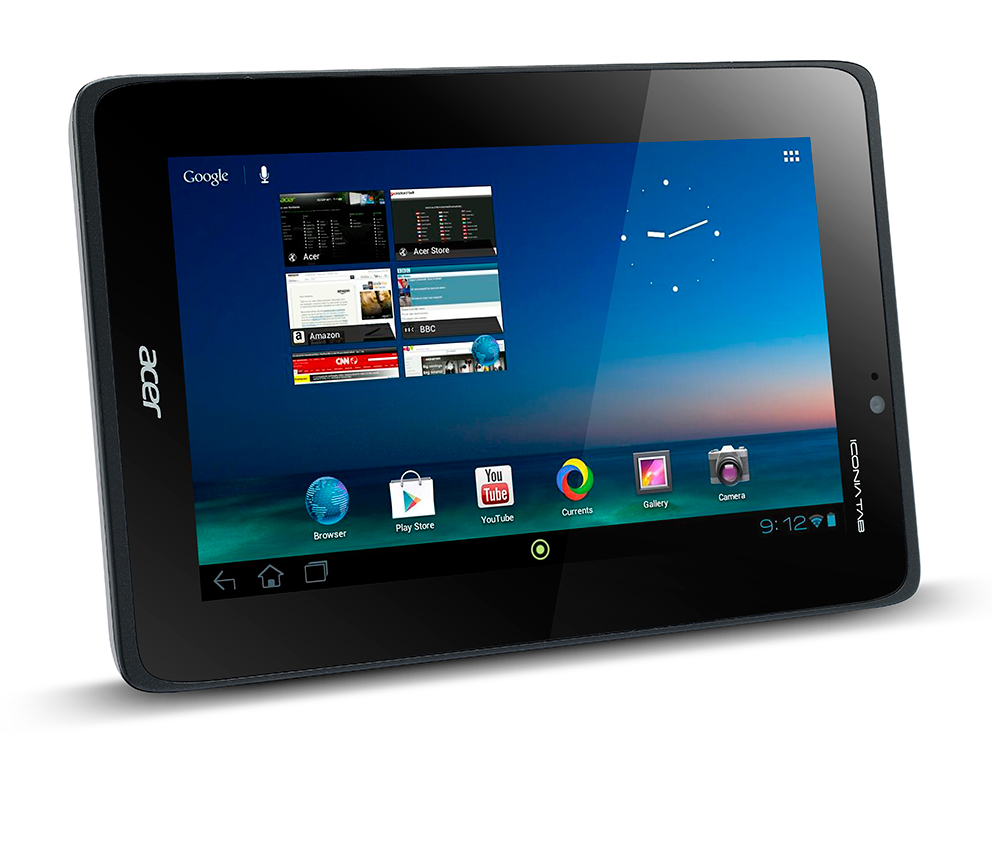 This holiday season may well belong to the affordable, small tablet, and Acer doesn’t intend to be left behind in the dust of Amazon and Apple. The company has priced and dated its Iconia Tab A110, And Android Jelly Bean powered-tablet with an NVIDIA Tegra 3 quad-core processor, 8GB of internal storage and a microSD slot for up to 32GB of additional expansion.

The tablet is in line with what you’d likely expect from a budget offering, so there’s no rear-facing camera, but there is a front-facing one for web chat applications. The new Iconia also claims up to 7.5 hours of battery life thanks to a Battery Saver Core meant to tackle less demanding processor requirements, leaving the powerful Tegra 3 out of it things. Portability is also key, so the A110 is only 0.86 lbs, and under half-an-inch thick. Screen resolution on the A110 is 1024×600, and the tablet boasts 1GB of RAM. Wireless connections include Wi-Fi and Bluetooth.

Of course, the Nexus 7 is slimmer and lighter, with a higher resolution 1280×800 display and more estimated battery life, plus it starts at $199 for the 8GB version. But Acer’s Iconia has some unique tricks up its sleeve, like the aforementioned expandable storage, as well as micro HDMI output and a micro USB port for plugging in external accessories. As far as Android tablet expandability options go, the A110 is about as good as it gets.

There are no surprises with pre-loaded software. Google Currents is prominently featured on the home screen and that might surprise some, but it was revealed to be part of the new default loadout for Android 4.1 back in July. Overall, I question Acer’s ability to attract an audience with a device that lacks some of the premium features of low-cost competitors like the Kindle Fire and Nexus 7, especially when it seems very likely Apple will introduce its own contribution to the small, lower cost tablet market next Tuesday. But it could find an audience with those finding tablets too closed of a system, with little opportunity for aftermarket expansion.