There’s a big difference between jumping ship and being forced to walk the plank. Yet every time a high-ranking employee leaves a tech company, people assume the boat is sinking. In fact, it can mean quite the opposite.

No respectable company is going to throw a team member under the bus by saying they were fired. But sometimes that’s the truth, and the company is better, not worse off without them. 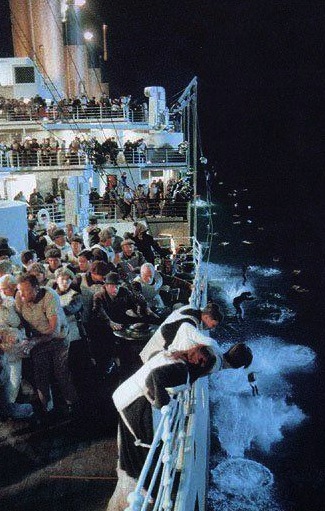 Sure, employees voluntarily leave large companies to found startups. Maybe it was fun when there was 20 employees, but now there’s 2000, and they’re spending all their time managing instead of building. They’ve vested, and now want to take a shot at the pirate life. Or maybe the ship really is sinking and they’re trying to escape.

But sometimes, an employee who was the best a 20-person startup could afford isn’t good enough any more. Mature companies require leaders with different skill sets than the jacks-of-all-trades that served them in their youth.

Other times, the veterans get lazy. Stability and a safe salary cause them to slow down. Early promotions and fancy titles trigger complacency They make a wrong decision, leading the company on a detour. Inappropriate conduct. Phoning it in.

It’s nothing personal, but these people deserve a pink slip. If the company’s going to succeed, it needs to trim the fat and bring in talent with the right expertise. This is even more important if the company’s share price or user count is sinking like a stone.

Someone who’s fired is still a friend of the company, though, so they’re allowed to say whatever they want about their departure. “I’m going to clear my head before setting off on my next adventure.” “I want to spend more time with my family”, “The management and I wanted to take the product in different directions.”

When the press come calling, the companies either refuse to comment, point journalists towards personal posts by the ex-employee, or give a canned response about what a good worker they were. That means it very difficult to tell the voluntary departures from the mandatory ones.

If they’ve got their next gig lined up, it’s more likely they left on their own terms. For example, Tristan Walker leaving Foursquare to become an EIR at Andreessen Horowitz, Ben Blumenfeld departing Facebook to start Designer Fund, or Zynga’s CityVille GM Alan Patmore getting poached by Kixeye. 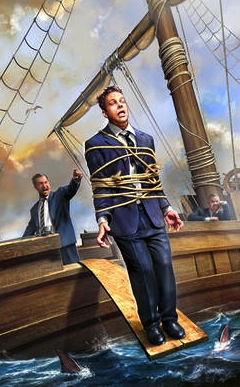 But if they seem to have no plan, or say they’ve “resigned”, there’s a better chance they got fired. Zynga’s obviously been having revenue trouble, yet when a revenue chief  ‘left,’ VentureBeat wrote that he “joins a large contingent of Zynga executives who have left the company in the wake of a weak earnings report” with no mention that he might have been let go.

I’ve got no inside information, but if Zynga was failing to make more money, just maybe there’s a chance they’d fire people responsible for that failure or that weren’t pulling their weight. I’m not saying he was fired. This is just another ambiguous departure where the possibility should at least be brought up. [Update: This was only meant as an example, not a claim that this particular employee was fired, but was have now confirmed he left Zynga voluntarily]

Facebook meanwhile has seen several employees with it since its infancy exit. It’s quite possible at least one of them was asked to leave. Naveen Selvadurai’s departure from Foursquare is one we’ve heard was a firing, not just “a desire to do something new” as he wrote.

The only time you hear someone got fired is if they do something really terrible like make racist remarks (Kixeye), there’s a big dispute between them and company (Ellen Pao and Kleiner Perkins), or the employee admits they deserved it (Why I Got Fired From Facebook — A $100 Million Lesson). Those cases are few and far between. Most people want to save their dignity by going out ambiguously.

So when you read articles blaming departures on “problems with the company culture” or that “the sagging share price is making it hard to retain talent”, remember there might be another cause. Nobody’s perfect.