It’s not easy for a $63 billion company to make a successful pivot, but if eBay manages to pull it off, it will be one for the history books. The e-commerce giant has been shifting focus from being primarily a marketplace to a mobile commerce giant with a dash of personalization. And there are serious signs of life. eBay did a staggering $5 billion in mobile commerce last year and expects to see $10 billion in transactions on mobile devices this year.

Then there’s eBay-owned PayPal, which has a 100 million-plus active user base, but has not been known as being the most innovative payments company, especially with competitors like Square and others in the mix. But with a new president at the helm, PayPal is shifting product development and looking to bring more innovation the the payments giant.

As Gartner analyst Gene Alvarez says during an interview, “eBay is not just a marketplace anymore. With the acquisitions of GSI, Milo, and Magento, the company is looking to bring together a broad set of ecommerce capabilities.” Through these acquisitions, as well as the purchase of Hunch, Svvply, Card.io (PayPal) and others, it’s clear that eBay has a broader vision for its future beyond simply auctions.

We also sat down with eBay’s Vice President of Mobile, Steve Yankovich; eBay’s Chief Marketing Officer for North America, Richelle Parham; and PayPal President David Marcus to discuss the company’s future strategy and product innovations when it comes to mobile, personalization, and payments.

Steve Yankovich, eBay’s vice president of Mobile, actually started eBay’s mobile efforts back in 2009. He says that across all products at eBay now, product managers and engineers are instructed to “think mobile first.” “We are constantly thinking of how we can promote and build products around mobile. First and foremost, we ask how do we surface this experience on mobile,” he explains.

In 2009, eBay was contemplating whether to invest in the mobile web or native apps. Yankovich pushed to do it all, and it seems to have paid off. The company just crossed 100 million downloads of its mobile apps, which include the basic buying and selling marketplace app, barcode scanning app Red Laser, dedicated apps for verticals (i.e. eBay Motors, fashion) and more. 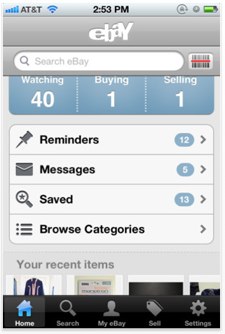 The company has been adding some compelling features to its mobile apps to boost engagement. For example, eBay just added geofencing to its Red Laser apps to allow retailers to deliver deals and information to consumers based on whether they are close to a physical store. eBay also debuted a new iOS app called eBay Now that will let users get $5 same-day shipping on products from local stores.

And Yankovich says that we’re going to see even more hyper-geofencing and location capabilities added to mobile apps.

eBay is also looking to use mobile phones’ cameras in more advanced ways when it comes to identifying products via image recognition. eBay is also exploring how to use voice to reduce friction with mobile purchases.

“We are moving at racetrack speed to keep innovation going on mobile and we are going all in, not toe dipping,” says Yankovich. He’s focused on creating snack-size experiences for users, executing design of the apps with speed and simplicity. Sellers need to be able to triage an offer on the go, and buyers need to receive alerts of items on sale at optimal times to their schedules. Part of this involves personalizing the experience for the user, he explains.

We all know that Amazon has been at the forefront of personalization. Industry rumors point to 25 to 30 percent of Amazon’s sales coming from recommendations. Last quarter, Amazon saw nearly $13 billion in sales. Clearly the opportunity to lift revenue through thoughtful personalization is huge.

However, central to creating a more personalized experience is being able to mine data from customer interactions. Hunch’s technology can clearly help with this. But you can see that eBay is also thinking of alternative ways to track user shopping behavior. This past week, eBay launched a Pinterest-like product, called Setify, which allows people to track, flag, like and collect various products. The goal is to multiply the number of user events or signals the business can use to score products and serve recommendations. For now, it is limited to collections of items like coins and comic books, but you could see this emerging into a more open platform.

Alvarez agrees that personalization is going to be a key driver for sales and engagement for eBay in the future. “Personalization still contributes to the average basket size for many companies, but if you bring this to mobile, you get contextual personalization, and there’s a lot of potential in combining location technologies with personalization.

But the other piece to personalization is timing. Parham says that the company is focused on continuing to serve up the right inventory at the right time based on data eBay is collecting. They also recently launched a new automated return center for buyers and sellers to streamline the returns process. eBay has been promoting its buyer protection promise against any fake or misrepresented goods on the site.

And then there’s PayPal. While the payments business has traditionally been the crown jewel in eBay’s pocket, the payments company has been overshadowed by some of the new entrants in the mobile and digital payments space, including Square and Stripe. But it’s clear that with David Marcus at the helm, PayPal is going through its own pivot. In a response to complaints on Hacker News a few weeks ago, Marcus posted on the forum, “There’s a massive culture change happening at PayPal right now…If we suck at something, we now face it, and we do something about it.” He’s also responding to frustrated users personally. This sort of direct attention is more common among startups than public companies.

It turns out Marcus is directing that attention inward as well. Marcus, in a conversation with TechCrunch, acknowledges that a reorganization is taking place at PayPal. “We are reorganizing product groups in a meaningful way. We used to have multiple product groups, and engineering was disconnected from product. This is changing,” he explains. 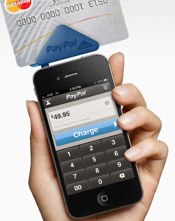 Marcus is literally gutting PayPal’s offices, removing all dividers and cubicles, enabling a more open work environment among product, design and engineering teams. The idea is for engineers, designers and product managers to be in one place. Marcus, who is a serial entrepreneur and has founded and sold multiple startups, says this way of development and operation is the only way he knows how to iterate successfully.

“We’re trying to enable people to iterate and innovate and are putting more of an emphasis on A/B testing products, accelerating product buildups and more. The idea is for PayPal to function more like a startup.”

That’s no easy feat for a massive company that has 13,000 employees. Marcus acknowledges this, saying that the ability to build products fast enough and reorganizing the company keeps him up at night. But he has a plan.

In terms of structure, Marcus is dividing product by a number of sectors, including checkout (includes online and mobile device payments), wallet (this includes mobile apps, APIs for third parties), business (solutions that are merchant facing such as PayPal’s Square competitor, PayPal Here). Notably missing—a mobile group. Why? Because Marcus says that now, everything at PayPal starts with mobile. “Whatever product we are designing now, we now always start with mobile first. This applies to all products.”

He adds that he is aggressively hiring designers and ramping up work on making PayPal a beautifully designed payments experience across all platforms. Marcus points to the company’s newest version of its iOS app, which was redesigned for a more personal, wallet-like feel. And Marcus says that for the first time Apple is actually featuring PayPal’s app. “It was cluttered and we made it simple and easy to use,” says Marcus.

As for what’s next feature wise, PayPal will be doubling down on location-based payments, a functionality in which Marcus is a “big believer.” Both small and large retailers want the ability to allow payments via a consumer’s phone, but with an enhanced experience specific to where they are, he explains. And these payments can cater to both the consumer and merchant.

Personalization is also key for PayPal in terms of future product strategy from a wallet perspective, says Marcus. And PayPal is going to be aggressively pursuing expansion in international markets. Already, the company launched PayPal Here in Canada, Australia, Honk Kong, and Japan. In fact, over 50 percent of PayPal’s payments volume is coming from outside the U.S. PayPal is focusing on bringing seamless payments to emerging markets. For example, in Brazil, PayPal is debuting a feature-phone enabled payments product that helped yield the company close to 1 million customers.

PayPal, which recently acquired Card.io, a company that allows developers to capture credit card information by using a smartphone’s built-in camera, is going to be making more talent acquisitions. “Talent is very important to us. It is key to have founders and young engineers be part of PayPal,” says Marcus.

Alvarez believes that PayPal has an advantage over other payments players because of its installed base of over 230 million account holders. He says that some of the areas where PayPal can potentially disrupt the arena is by lowering the costs of credit card processing, and location based payments. “PayPal can do what what EasyPass has done for car travel in payments for tolls and bring that frictionless payments environment to the shopping experience,” Alvarez explains.

Marcus believes PayPal can live up to this potential and more. “This is just the beginning for PayPal. And this is a great place for entrepreneurs to be,” he adds.

It’s clear that in an Amazon-dominated world, eBay has been looking beyond auctions to find meaningful revenue and engagement. Interestingly, Alavarez believes that while the auction model on eBay will never go away, the real growth is in the BuyItNow side of the business, which offers items at a fixed price, and is more similar to Amazon’s marketplace. “Amazon, Groupon, and others are competitive in the marketplace, but one of the things that eBay can do that others can’t is to sell the selling functionality to its Magenta or GSI client base of retailers and merchants.

Strategy wise, eBay seems to be dabbling in all the right areas — mobile, personalization, payments — but execution will be the determiner. Large, public companies always face threats from startups because their leaner competitors can iterate faster and more efficiently. If eBay and PayPal can buck that trend and innovate like a startup, then they unlock a universe of potential and profit.