Today, Nick Bilton of the New York Times published a pretty extensive piece on Twitter, specifically on its CEO, Dick Costolo. As I read it, one paragraph concerning the potential IPO of the company struck me:

Its next big step is to go public on the stock market, and insiders say the current goal is to have an initial public offering in 2014. Twitter’s social media twin, Facebook, has already gone public, of course — and, so far, Facebook stockholders have lost billions, at least on paper. Facebook’s troubled I.P.O. hangs over the technology industry as a cautionary tale of how investors can become star-struck.

I asked myself, is Twitter really the type of company that people would buy stock in on a public market? Would people really see the value in what Twitter provides in a way that moves past seeing what celebrities are up to? Would people be so afraid of Facebook’s IPO performance that Twitter would tank?

Yes people will buy, yes they will see the value, and yes they will be afraid. But that doesn’t mean Twitter’s road to the IPO will be as rocky as some might think. There are a few reasons for this and these are the two that I go back to: 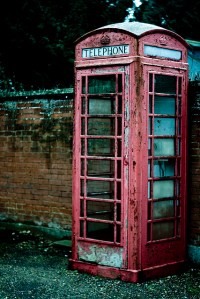 There haven’t been many companies that have figured out a way to build a backbone of communication and provide it for free. One could argue that Facebook does this, but it has already gone down the path of building in monetization efforts, like Gifts and $7 status updates, that ask users to pay money out of their own pockets directly to them.

So far, Twitter hasn’t shown that this approach is part of its strategy. I can’t see a day when Twitter will act as a gateway between me and a brand or me and an audience and charge me money for it. It seems like a bulk of its revenue is coming from advertisers and brands who are trying to become a part of the conversation. From what I can tell, it’s working.

If advertising were working so well for Facebook, I don’t think that it would skip ahead so quickly to charging users for features. That’s not to say that Facebook won’t have success with this, but it’s something that makes investors a bit shaky in the knees to conceptualize.

What Twitter has built is a ubiquitous service that is so ingrained in many people’s daily lives that it’s quite impressive how much the company has accomplished thus far. I mean, alongside Facebook, people who have an iPhone can tweet quite easily without ever downloading an app.

To me, Twitter is the next level of telephony or communication: It’s a text message and a voice message, and it’s like sending the world an email. And it’s free. And I believe that it will stay that way.

2) TV Channel? How About A Cable Provider 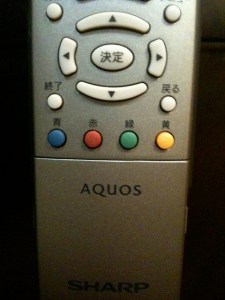 In a way, Twitter is like a cable provider, made up of channels of content and interactions. If you think about Twitter in that way, you can see how valuable the company can really be. When I want to interact with the NFL, I can hop on and see what players, coaches and owners are saying. I can also see what announcers and pundits are saying, all in one place. All I have to do is “tweet-surf.”

Facebook? Not so much. It feels awkward to see ads all over the place within the Facebook experience. They’re all formatted differently and are rarely like the pieces of content you see from your friends. On the other hand, Twitter’s 140-character model fits right in, especially if you’re on a mobile device.

I disagree with Bilton that Twitter is Facebook’s “social media twin,” because I think the company is better positioned than any other that I’ve seen in a long time to take communication to the next level. Facebook connects people, but there are certain features that create unwanted friction for communication. Twitter is extremely easy to navigate, and anyone can do it without getting frustrated.

There’s value in Twitter that some might not see or understand yet, but as I stated last week, the company provides the world with a “4th Dimension” that is a part of the future of communication. Better yet? TV networks are salivating over working with Twitter…because they know this, too.