I’ve been watching Watchitoo for several years now, and to be honest, I never really got it. A few years ago, the startup launched with some pretty slick consumer-facing technology for group video chats, during which users could share files and video clips, play casual games with one another, and other fun stuff. It was all browser based, and unlike other video chat platforms, didn’t require any special or plugins to work.

At some point over the last few years, it pivoted from a platform targeted at teens for chatting one another into a “video conferencing and online collaboration tool,” which seems like a better target market for actually making money. Using a lot of the same capabilities that were available in the previous product — video conferencing, chat and messaging, file and screen sharing, etc. — and applied those features to business use cases. In addition to the usual collaboration tools, Watchitoo also pitched its platform as a way to do Webinars, live events, and go after the online education market, which are all fair applications of the technology.

Now Watchitoo is rolling out an all new product, which is aimed at improving communication and collaboration in the small and medium-sized businesses. Called Watchitoo Playground, it’s being pitched as a low-cost, high-quality alternative to other video conferencing and collaboration tools. The product lets up to 25 participants video chat online,* with document, screen, and link-sharing built in. Like its other products, there’s no plugin required, it all works in-browser, etc. 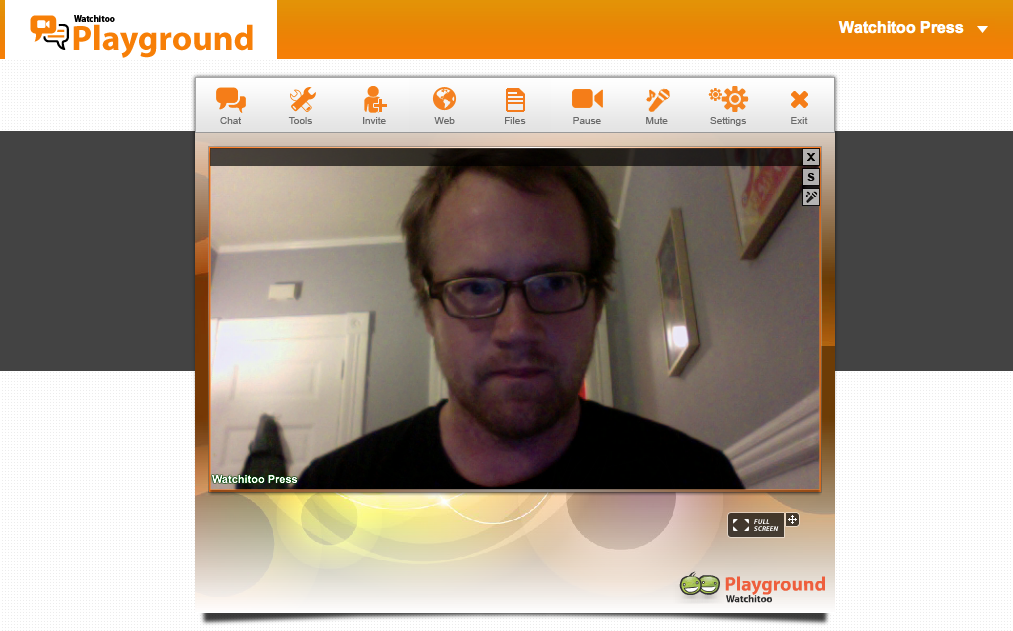 The loneliest Watchitoo Playground conference ever. I wish I had 24 friends. Or even just one.

Playground will be available in a free version, which pretty much anyone can use. But Watchitoo is also pitching a more fully featured version with an extremely low cost subscription model, for just $3.80 per user per month.** Businesses can sign up on their own through the Playground website (at www.plground.com), but most revenues from the product are likely to come through Watchitoo partners. Yup, that’s right, Watchitoo is making Playground available through ISPs and other resellers — and since the startup is getting paid per by a third party and not by the actual customer, Watchitoo could make money whether or not SMBs actually use it.***

==
* …because what a joy it must be to have 25 people all talking over one another in video chat.
** What a weird price, right?
*** Which is really not a bad business to be in.