If I’m a company that makes a third-party mapping app for iOS, I am putting up billboards, tackling people in the streets, emailing every tech blog known to man and potentially stalking some of them to get the word out about my offerings.

Oddly, this isn’t happening. When Instagram was acquired by Facebook, I received no fewer than five pitches an hour for the rest of the day. It was kind of cool actually, because I got to see what everyone was working on and the discussion was really relevant.

With Apple getting heat for its maps offering in iOS, and all of the discussion about when Google Maps will hit the App Store, I’m really surprised that I haven’t seen a flood of pitches in my inbox for mapping apps. I’m not the only one.

Let’s enter the App Store, shall we? 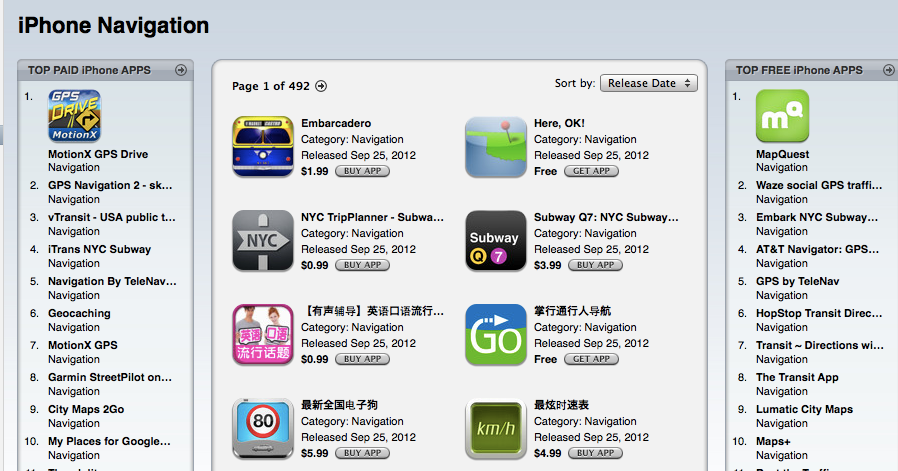 Ok, so there’s a lot of them. A lot of really good ones in fact…only problem is that TechCrunch hasn’t heard from them. I’m not saying to flood our inbox (much), but I’m wondering what developers are waiting for to put both feet on the gas.

Now is the time to get the word out. Now’s the time to show off what you’ve been working on. There are options for maps, and your company could be one of them. If your app is really good, you could get acquired, funded or just shoot through the App Store stratosphere.

I’ve heard the word “Waze” a lot, and it’s a great app. They’re not doing anything to seize the moment though. Communication is so key right now for this vertical, and it’s radio silence.

I find that weird. Anyone else?