We interrupt our normal proceedings to just quickly mention a pretty cool thing a bunch of tech startup founders are doing for charity. This morning “Techbikers” – 40 people from London’s tech community – will set out on a 200 mile cycle ride from Paris to London to raise money to build a library for children in the developing world. They are first travelling to Paris on the Eurostar. From there they will cycle back to London – taking in 200 miles over 3 days. No mean feat. You can follow their progress on TechBikers.com, live photos here and donate here. Go on!

The charity to benefit is Room to Read which operates in India, Africa and Asia. Over 6 million children have been provided better access to education through Room to Read since 2000. The charity, which was Founded by a former Microsoft executive, John Wood who wrote the book “Leaving Microsoft to Change the World”, has built 1,592 schools and 13,170 libraries.

The TechBikers idea was the brainchild of Eze Vidra, head of the Google-backed Campus London facility for startups, who was joined by co-orgnisers Gerry Newton, founder of Cyclr, and GroupSpaces co-founder Andy Young. Vidra told me he’d like to see other tech founders take up the idea and do something similar in their countries.

The group’s fundraising page has now passed £16,000 and is aiming for £20,000, which may actually now be enough to build, staff and stock TWO libraries, serving up to 2,000 children.

The group has taken a very ‘tech’ approach, creating a system for tracking donations in order to pit founders versus VCs, and has attracted a lot of sponsors. The sponsors are paying the costs of the trip, while all the money donated online is going into the libraries.

The TechBikers will arrive to a celebration at Campus on their arrival Sunday evening. 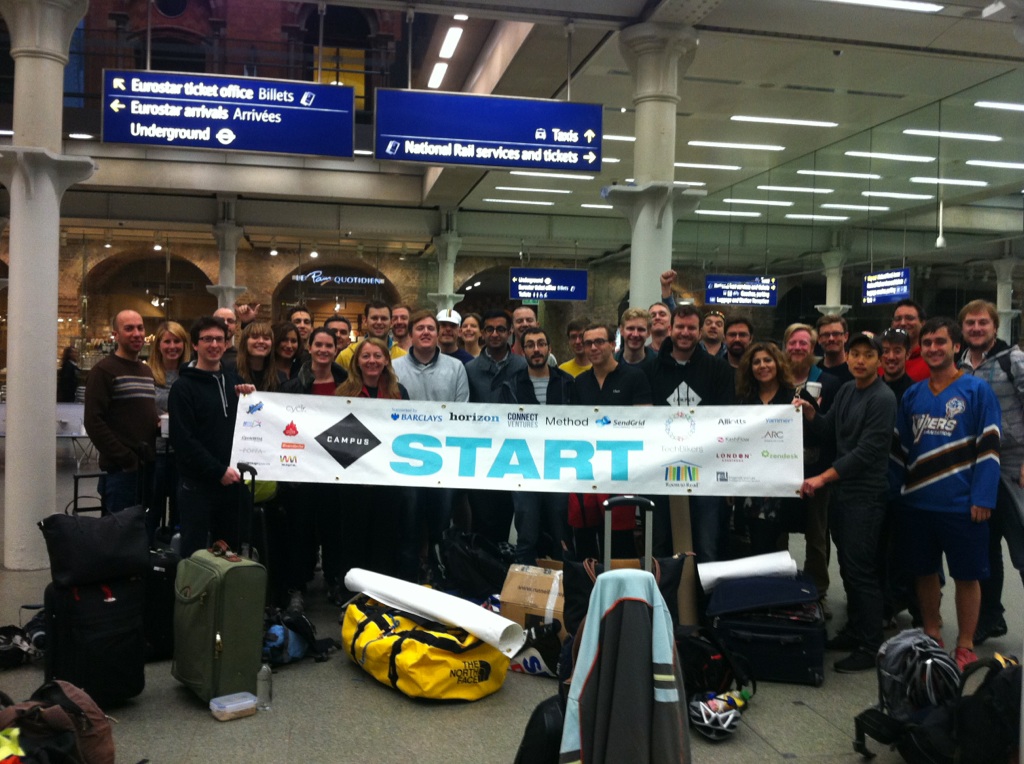 UPDATE: THEY MADE IT! 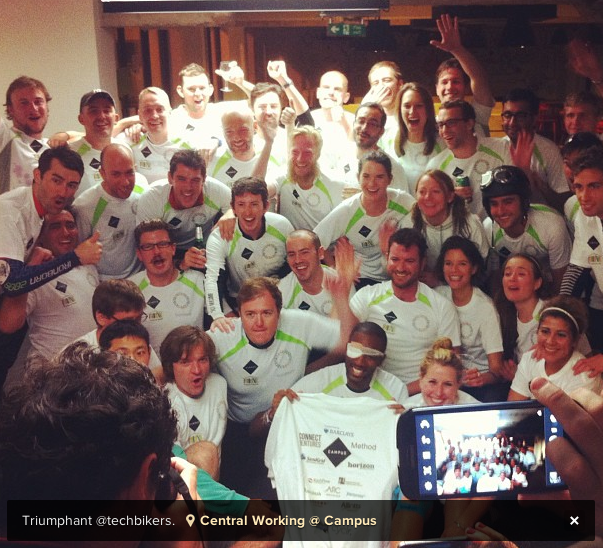