Vox.io‘s innovative take on VOIP replaces what would normally be a phone number into a hyperlink, which you can put a lot of controls on and share around. And it’s getting real traction. The service now says it has hit a million users, indicating it is getting real uptake. Now they are launching a version which allows users to ‘Facebook chat’ with their Facebook friends from inside Vox.io. Friends can also call into Voxio just by hitting a link. It’s all done transparently for the user.

Plus, a new mobile version of Vox.io with support for text based communication is in the works, according to CEO and founder Tomaž Štolfa. Right now there are free calls between Vox.io users on the iOS app and free group calls for up to five people on the desktop.

“We are not going after Skype. Vox.io is about making communication better. This product feature enables a better experience for our users and that is what we care about most,” Štolfa told us.

Back in March it added a realtime Chat feature across web and iOS app, going up against the WhatsApp app and a host of other messaging services trying to kill SMS. It’s two-column interface integrates embeds from other services. In the main it’s concentrating on starting a chat, a better interface for sharing and a chat history that syncs across devices, including SMS.

Vox.io is backed by angel investors and Seedcamp (vox.io won Mini Seedcamp London in January 2011 and was selected as one of the top startups at Seedcamp Week 2011). 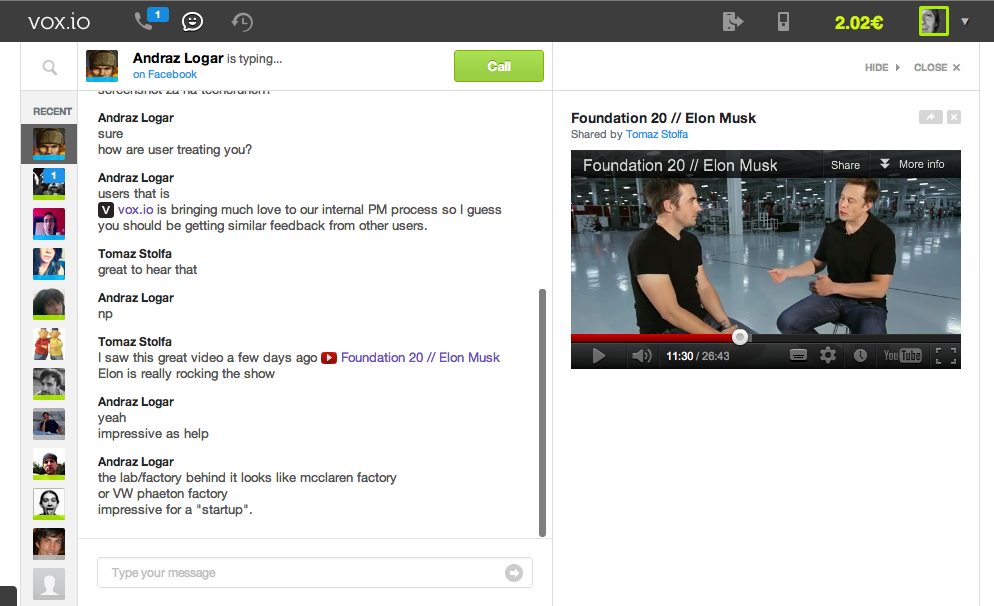