The Kindle Fire is Amazon’s digital strategy incarnate. When it launched a year ago, the Fire seemed almost rushed. It looked like RIM’s failed Playbook tablet and it worked, at best, like the low cost tablet it was. But, in the end, it was the best device ever made to access Amazon’s own content. It delivered a seamless read experience, a compelling video collection, and enough apps to keep casual users happy.

Fast forward almost exactly a year and here is the Kindle Fire HD. It is as different from the original Fire as the first, clunky Kindle was from original, clunky, doorstop Kindle. It offers improved speed, improved screen resolution, and a superior industrial design. In short, the Fire HD is the Fire reborn. And at $199, it gives most similar tablet devices a serious run for their money.

The first thing you’ll notice about the new Kindle Fire is how distinctly different it is from the old Fire. Rather than blocky corners and a thick, almost lumpen body, the Fire HD is all curves and carefully molded plastic and metal. The back is clad in sure grip rubber and the screen is held in place by a thin strip of rubber that doubles as a last line of defense in the event of a fall. The screen is oleophobic and does not take fingerprints, and the entire thing is nearly featureless. There are two ports on the side – one for HDMI and another for micro USB – and a power button. There is also a headphone jack, stereo speakers, and nearly invisible volume controls. There is small camera aperture on one of the long edges of the device.

The first thing you notice when picking it up is the solidity of the tablet. Unlike, say the Nexus 7, the Fire HD has a certain heft to it. It’s not entirely bad but it’s definitely noticeable. Readers have to be lightweight and easy to hold over your head in bed or on your lap while reading. A lighter device would have been nice, but as it stands, 14 ounces is a bit more than the Nexus 7’s 12 ounces. This is a far cry from the iPad’s 1.44 pounds, but readers are best when they’re barely there. However, this is more than a reader. 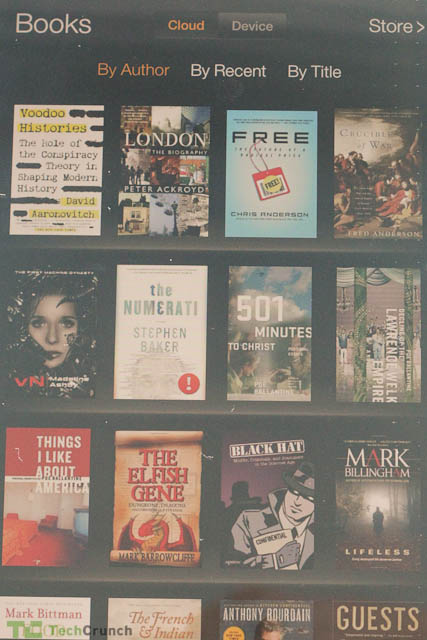 The built-in camera is HD quality (specific resolution was not discussed) and it’s used primarily for video chat via Skype. There is no real “camera” app and it’s a nice-to-have feature that does not add much in the way of daily utility.

The real star of the show is the display. The Kindle Fire HD has a beautiful, bright screen and at 1200×880 the Fire HD hits the display sweet spot. However, it’s still not razor sharp and it pales in comparison to the iPad’s 2048×1536 display. The device is as pixel-dense as the 1280×800 Nexus 7 thereby making it a little hard to choose between the two.

No matter Amazon says, the Fire HD is first and foremost an e-reader. The pages are sharp and page turning is crisp and quick. It survives about 11 hours on one charge and lasts days on standby. I was able to keep it going for about three straight days of sporadic use.

The device also has dual Wi-Fi antennas although I didn’t see much difference in the Wi-Fi speeds overall. Unless you’re near a very focused source of MIMO-compliant Wi-Fi, you won’t notice the improvement. 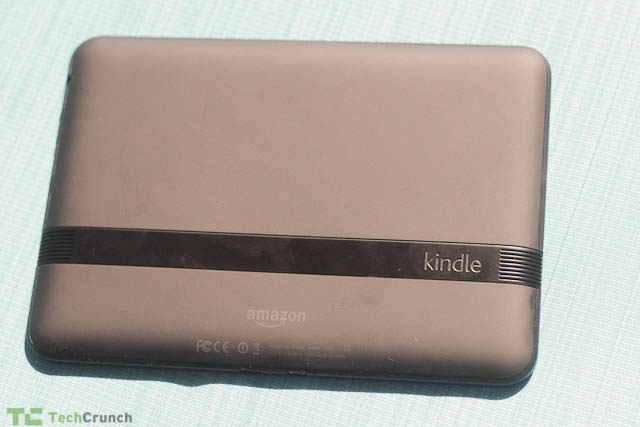 Before you go comparing the HD to a Nexus 7 or similarly-sized Android tablet, remember that the Fire line is designed primarily for media consumption. This includes books, movies, games, and music. It is not a content creation device and although it has the processor and screen for running more complex applications, many of those applications just aren’t there. The Amazon App store is full of just about every app under the sun including productivity and design applications, but this is definitely not a priority.

The Silk browser is quite capable and snappy as well, although it does not support Flash.

The device also has an email and contact client built-in. It is a far cry from even a full-featured Android email client and is good for very simple message manipulation. In short, this is not a productivity-oriented tablet.

Instead, the interface is dead simple and the media types are segregated into silos that allow users to limit interaction with specific things. The main carousel brings up recently-accessed media and web pages but the real expectation is that you will rarely dump down into the main menu and will instead focus on books or movies you’re currently reading and watching. There is a very minimalist interface along the edge that displays a home button, a back button, and a “favorites” button that brings up apps and media that you want to access quickly. There is no multi-tasking to speak of and no real GPS capabilities. It is less a tool and more a media consumption system.

That isn’t a bad thing, obviously. It definitely streamlines the Amazon experience and if you’re well-invested in Kindle Books and Prime video, there is little need for much more than the Fire HD has to offer. However, if you’re looking for a “good Android tablet,” this isn’t one. This is a good Amazon tablet and any resemblance to Android is purely coincidental. Amazon has hidden the Android interface far below a layer of simplicity. 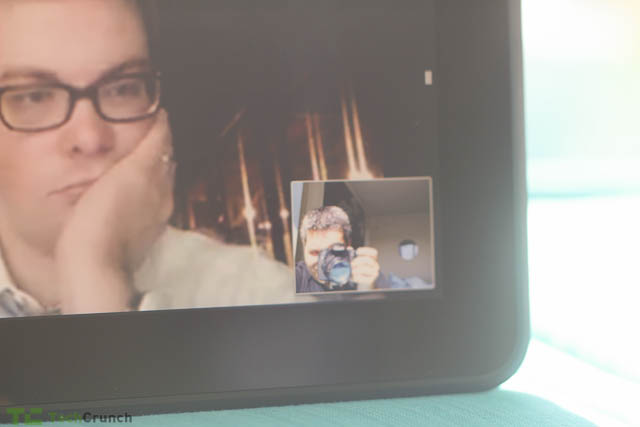 Who, then, is the Kindle Fire HD for? It’s primarily for folks who have an e-reader already and are looking to upgrade to a newer, faster model. It is not an iPad replacement (or a real tablet replacement) but it is a cheap way to get tablet-like functionality in an e-reader. Do not look at the Fire HD as a tablet. Instead, look at it as a closed system for consuming Amazon content.

The Fire HD is for a loved one (or yourself) who might be interested in playing a bit of Fruit Ninja, some Sudoku, and reading the latest best sellers. Parental controls also make it a bit more like a locked-down web kiosk for kids who you might want to keep off of the browser. The coolest part about he parental controls is the ability to set a timer for play. Once kids max out their time, the device screen turns blue so parents can pull the system away. I would actually love to see this feature on other device but its inclusion here is very telling. Amazon exerts complete control over the experience and it’s not all bad.

It’s also important to note that the Kindle Fire HD has fairly obtrusive advertisements that appear when the device is locked and along some parts of the screen. You can pay $15 to have these removed although the are hardly as offensive as many make them out to be. Obviously when you pay for a device you expect it to come free of ads, but what you’re actually paying for is a subsidized Android tablet that Amazon has built to offer a very specific, controlled experience.

The Kindle Fire HD isn’t a great tablet but it’s a great media device. “Power users” will feel constrained by the limitations placed on them by Amazon’s delicately walled garden but the average e-reader customer won’t notice and in fact will probably consume more Amazon content, buying books and renting movies with abandon thanks to the dead simple interface. As Bezos himself said, “We want to make money when people use our devices, not when they buy our devices.”

To that end, it’s hard to recommend the Fire HD to a savvy user who may want to “hack” his or her tablet and use it more like a laptop than a media device. However, if you are primarily looking for a very simple, very compelling, and very well-built e-reader with a few interesting extras, the Kindle Fire HD is well worth the price.