Feedly, as its name implies, is a service that started out as a better way for users to read their RSS feeds. But RSS never caught on in the mainstream, although it powers many of the social news-reading platforms we now use, such as Flipboard and Pulse. Today, Feedly is taking a big step toward joining the “in” crowd of magazine-style applications, with a dramatic redesign of its mobile apps for iOS and Android. The new Feedly apps allow it to straddle the two worlds of social news magazines and RSS readers. In other words, it offers an attractive reading experience, but still allows users to handpick their own sources, and even sync with Google Reader, if they choose.

Unlike some of the other social news magazines out today, Feedly doesn’t just allow you to import your Twitter and Facebook content into the app, or tweet and share the things you read. It actually uses social engagement as a metric to help you find trending and popular content. In Feedly, this is how the “Today” section is built, and how it determines the layout of the “Lastest” posts on iPad. 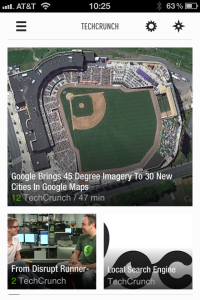 The new design, I have to admit, is slick. Feedly co-founder and CEO Edwin Khodabakchian tells me that the company brought in Arthur Bodolec to head up Feedly’s design a year ago. Bod0lec spent his first two months on the job doing usability testing with advanced and novice users to understand how they used the app and how Feedly could be improved with better design. “The existing version of the app is already very highly rated on both iOS and Android,” says Khodabakchian, “so we knew that if we were going to make bold changes we had to work very closely with the community.”

To better address the needs of mobile users, the team simplified the app so users can pop in and out, snacking on news in three- to eight-minute chunks at a time. The navigation, too, was simplified, making Feedly essentially a one-page app, but one that still allows you to do more advanced things, such as find sources by topic, add and remove sources, create categories, and more. The “Today” section at the top highlights content with high social sharing counts (e.g. Facebook, Twitter, etc.), as noted above, and the new apps are more touch-friendly with support for gestures. They also adapt to different screen sizes (4″, 7″ and 10″) and offer three different layouts for viewing the articles.

The default “Cards” view is more magazine-style, and will work for casual readers (like those who prefer Flipboard to RSS), while the “List” view addresses the needs of readers with more than a small handful of sources who need a better way to scan the news quickly. Will it work for the most hardcore RSS feed consumers who scan hundreds of headlines in the course of a few minutes? Not really, but it’s not intended for that demographic, either. (Those are the remaining half dozen of us who actually became concerned when Google started jacking around with Reader last fall.) 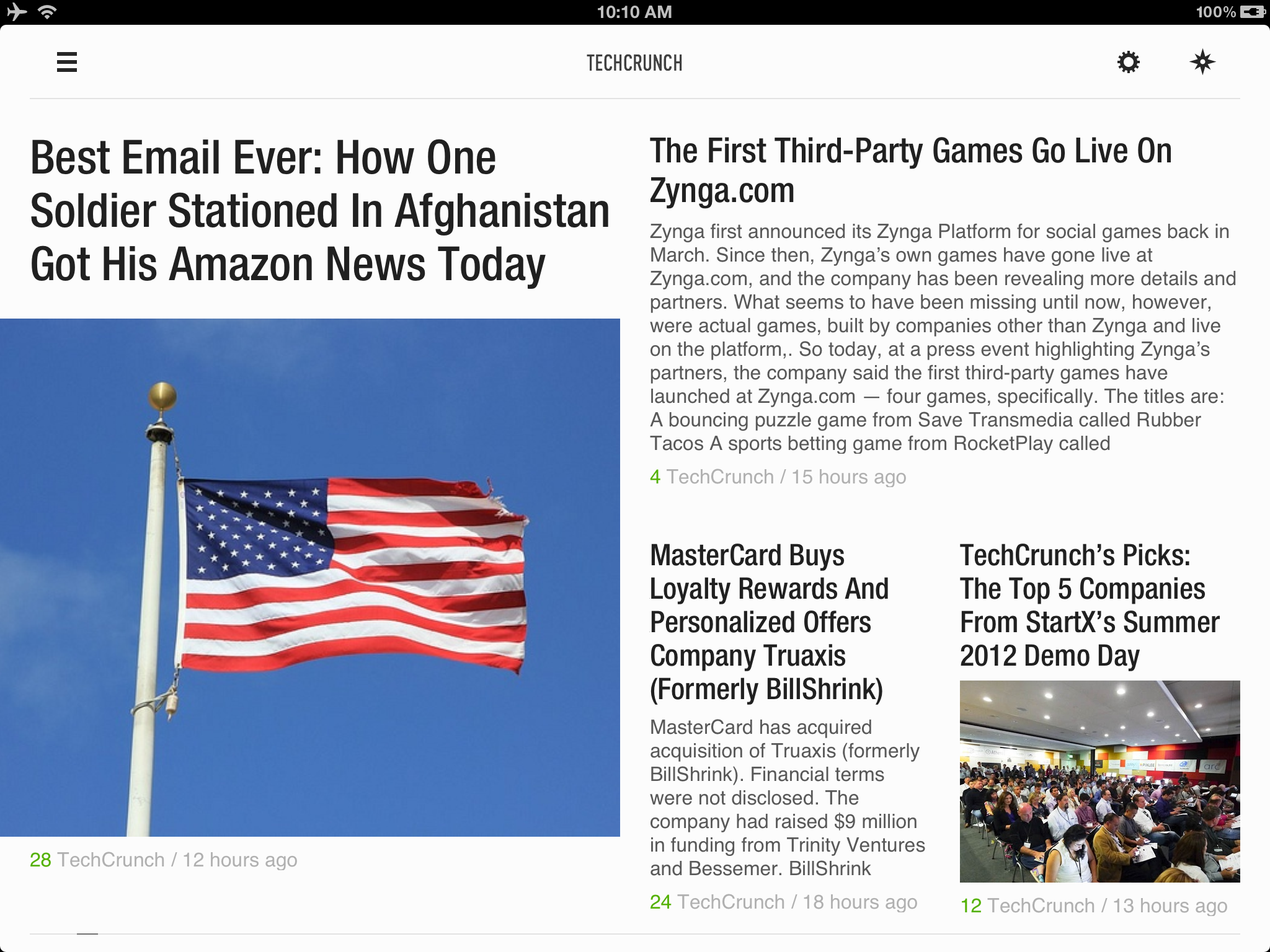 With Feedly having undergone such a major redesign, I was curious what this said about its previous traction. RSS’s heyday as a consumer-facing technology is now behind us, so had Feedly been losing out as the Flipboards, Zites, Twitters, and other social services rose up to take its place? Khodabakchian didn’t call out RSS as being dead, exactly, but said Feedly needed to move beyond feed reading. “We need to go beyond simple RSS and focus on the overall experience,” he says. “There are things that social magazines do well and should be part of that overall experience. But there are also things that traditional readers do well that should remain in the overall experience. There is something uniquely satisfying to tailoring your own set of sources and organizing them into a structure that fits your preferences,” he added. “It helps address the sense of randomness and shallowness sometimes associated with social magazines. The challenge is in consolidating the strength of both models.”

Khodabakchian declined to provide user numbers, but did say that the majority (70%) of Feedly users access the service on both desktop and mobile. Few are mobile-only. That may change with this update, however. Feedly also continues to be bootstrapped. Khodabakchian said he couldn’t disclose the details of how it generates revenue right now, but he hinted that there’s some additional news on the horizon that may explain why that’s the case.

You can download the new Feedly app here in iTunes or here in Google Play.