Amobee CEO Trevor Healy says the PULSE Create technology comes from the acquisition of AdJitsu. I remember being impressed by the quality and immersiveness of the AdJitsu ads back when the platform was being developed by Cooliris, and with PULSE Create, advertisers should be able to create those impressive 3D ads in a dramatically reduced time frame. Healy says a 3D mobile ad would normally take four or five weeks to develop, but with PULSE Create it should only be four or five days.

To make that happen, PULSE Create includes a set of libraries that can handle many of the common technical tasks involved in the development. For example, it can automatically transform a static, two-dimensional image into a three-dimensional asset. It can also render an image at varying qualities depending on the device and the network where it’s being viewed. 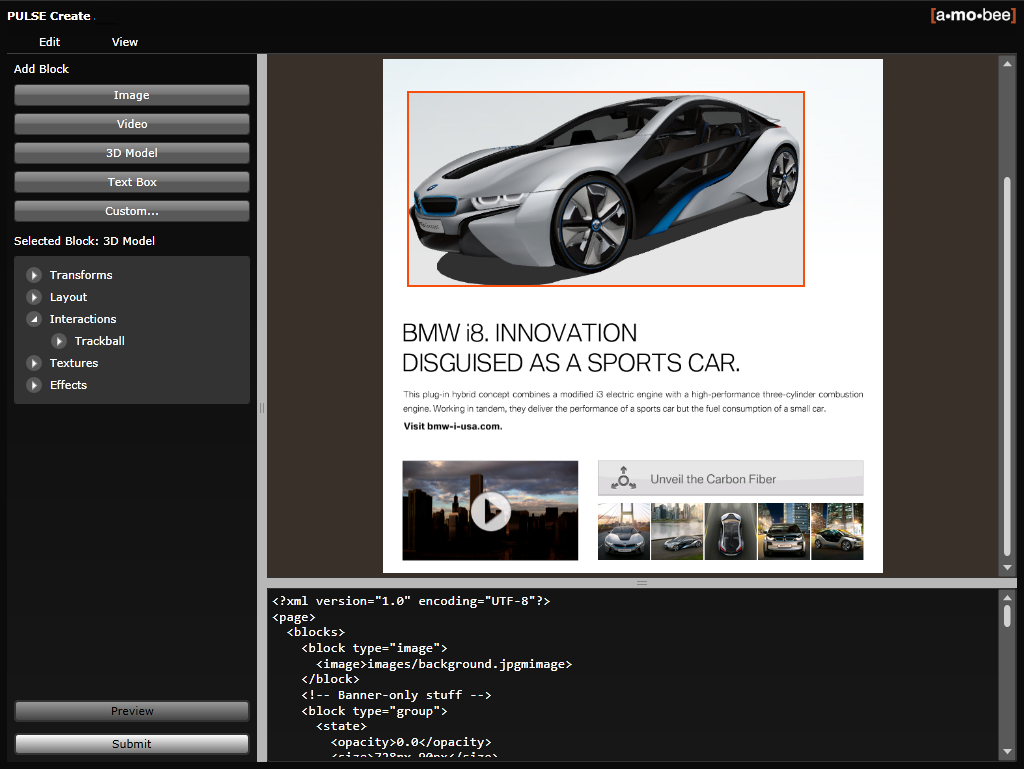 There will still be large enterprises that want to work with Amobee directly to create their ads, especially if they want to build something really unique, but Healy is hoping that PULSE Create allows the company to build more of a self-serve relationship with many of its customers — he compares it to “Adobe Creative Studio for the mobile advertising world.”

And although PULSE Create integrates with the larger Amobee platform, it’s also available as a standalone service, one that can work with any mobile ad network. Healy says that was a conscious choice — the company could have “held AdJitsu close to our chest,” but instead it’s releasing it in a more open, customizable way.