New Zealand was the first country to get Facebook’s new-look Timeline last December. Now the country looks like it may be putting in another special appearance, as Facebook’s push for more advertising (and revenue) leads the social network into new pastures on the display front.

A reader in New Zealand has sent us some screenshots (embedded below) that appear to show ads in two new areas on his page: a skyscraper on the left side (not the right) and an enlarged, display ad directly in his Newsfeed. Update: a Facebooker says this is adware, not a legit Facebook test. Full details below.

The units, if they are indeed Facebook tests, would be the latest developments in display ads for Facebook: earlier this month the company began running posts from brands’ fan pages in users’ Newsfeeds, regardless of whether those users had “liked” those pages or not. The ads popping up in New Zealand, which are straight display units rather than “stories”, appear to be a variation on that theme.

The reader, Raghav Saxena, who (as it happens) works for online ad company Kadabra, says that the ads are coming up irrespective of whether he has “liked” the company or not in Facebook. In his two examples, embedded below, Air New Zealand is one company he has liked that now appears as an ad; but Travian games, which now also appears as a block-style display ad his newsfeed, is not. Meanwhile the skyscraper ads are not at all connected to his social graph in any way that he can see.

“I do ‘like’ Air NZ, however I don’t think the ads are targeted based on likes at this stage given I’m currently looking at annoying ‘get a green card’ ads as well as the ‘who will you marry’ ad,” he told me in an email.

Saxena notes that the new ad appearance on his page was preceded by a “lockout” on his account where he couldn’t get in for a short period. Then when he came back online, up popped the ads.

“The lockouts are going around Facebook and I’ve [heard] people from Auckland and New Plymouth experience the same,” he says. He also notes that they seem to also make the pages slightly more awkward to navigate. “The ads also interfere with FB’s ability to free scroll down.”

As for the skyscraper on the left side, a source who works for a third-party Facebook marketing company describes it as “an IAB-sized skyscraper, which is not normal for Facebook.” (The Interactive Advertising Bureau is an organization that helps set standards for online advertising.) By “normal”, he says he means it’s not something that looks familiar to him. He suggests that it could even be another company behind it, or be an action-driven ad.

Normal it may not be, but it seems like an obvious piece of real estate for an ad: when you scroll low enough on your newsfeed, after you pass tabs for your pages, groups, apps, friends and interests, you have an endless column of blank, white space.

Facebook is known for testing new things out on limited groups of users, so this may be another case of that happening, with New Zealand being the guinea pigs for this particular iteration.

When Facebook rolled out the Timeline first in that country, it noted that NZ was a key market for first moves:

“As a global company, we need to gain perspective and insights from outside the US. New Zealand is a good place to start because it’s English speaking, so we can read the feedback and make improvements quickly.”

Update: We have not heard back from a Facebook spokesperson yet but Cheraag Sabzeh, a risk operations analyst at Facebook, commented below: “This is adware for sure. Facebook would never have banner ads placed in between newsfeed or on the left hand side. Uninstalling sketchy add-ons or extensions gets these ads off your Facebook pages.” That comment, however, seems to have been deleted now, although the Adware page in Facebook’s help center notes that ads should never appear on the left side of the page.

“These programs claim to give users special privileges on Facebook, but obscure your profile and News Feed with ads that are not Facebook approved. In fact, over 90% of the ad complaints we receive on a daily basis are related to adware programs and the ads they display. These programs materially alter people’s Facebook experience and bypass Facebook’s quality and security controls. Additionally, adware programs make Facebook slower, cause user confusion and can obfuscate authenticate user content by displaying banner ads. To ensure the best possible experience for all our users and to maintain the integrity of Facebook’s product we have asked users to remove these adware products from their browsers before returning to Facebook. For more information on removing these products, see here.” 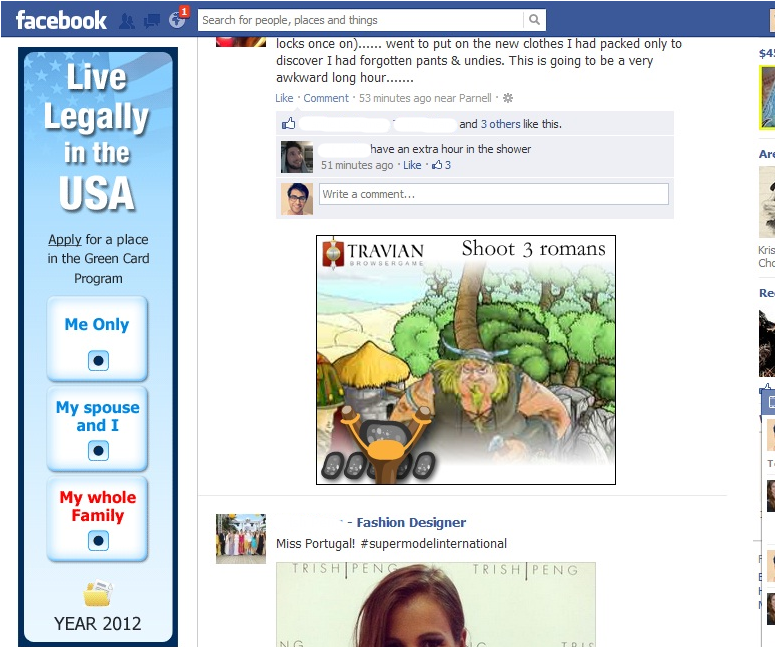 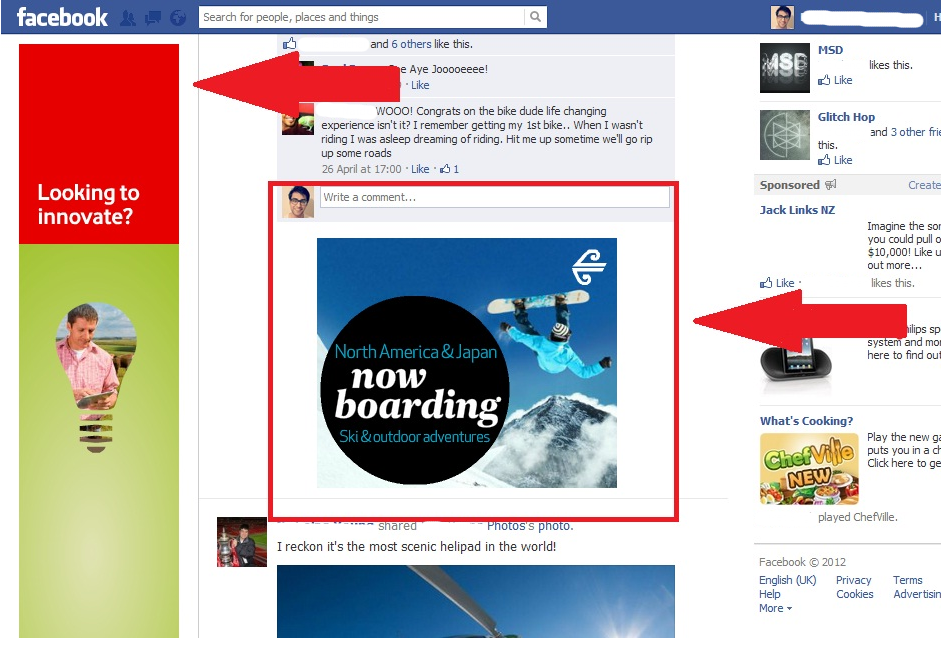