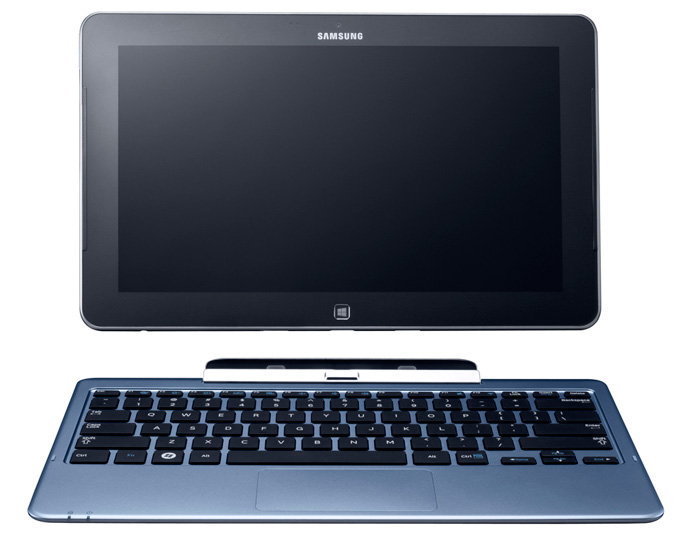 The half-tablet, half-notebook space is filling up quickly. Samsung unveiled its products and has a different take on that market thanks to the S-Pen stylus that was originally created for the Galaxy Note series. It introduced the updated version of its Series 5 and Series 7 slate PCs during its IFA 2012 press conference in Berlin today.

The most important new feature is the addition of the S-Pen that will allow you to take handwritten notes or draw sketches. In the Galaxy Note 10.1 review, the S-Pen felt like a great combination with a 10.1 screen. It should be the same with a slightly bigger screen. S-Pen apps were a joy to use. Yet, Windows 8 S-Pen apps remain to be seen.

Two different 11.6″ models will be available. The Series 7 sports an impressive 1920 x 1080 multitouch display compared to the more reasonable 1366 x 768 Series 5 display. Windows 8 should work well on those devices.

Even though the keyboard is detachable, it uses mechanical hinges instead of magnetic ones as on the Microsoft Surface. It looks more like a laptop than a tablet with a keyboard attached to it.

Both products come with the usual connectivity features, such as Bluetooth 4.0, and will be released on October 26.