Wajam, the increasingly popular social search engine, uses a browser plugin to embed its own search results on Google, Bing and numerous other search and shopping sites. For the most part, this limits Wajam to the desktop, but now, the service is also finally coming to mobile. Starting tomorrow, the company will allow its users to see its social search results whenever they do a Google search in Safari and on Google Maps on the iPhone. Due to the locked-down nature of the iPhone, where browser plugins for Safari are not an option, this shouldn’t even be possible and displaying its search results on Apple’s mobile platform presented some obvious challenges for the company. The Wajam team, however, found a pretty ingenious way to get around these limitations. 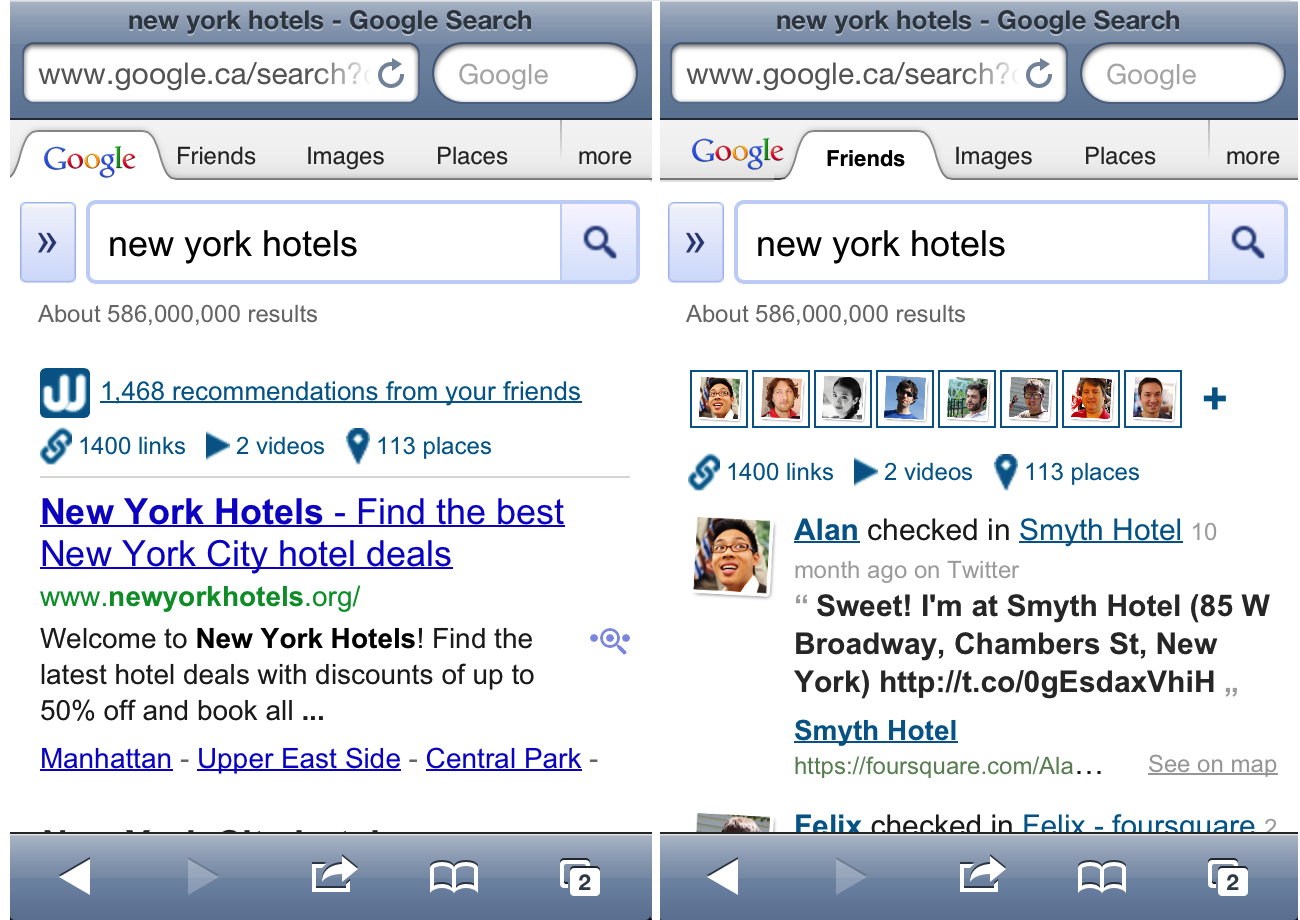 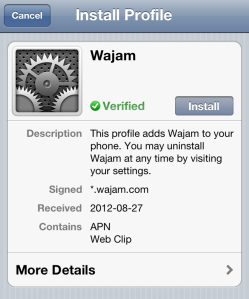 As Wajam’s founder and CEO Martin-Luc Archambault told me over lunch during Vancouver’s GROW conference last week, the service uses an iOS configuration profile that users can download and install with just a few clicks. Once installed, Wajam will route iOS search traffic and data from the iOS maps app through its proxy. The company then intercepts this data and inserts its own search results into Google search results on the iPhone.

This means, for example, that when you do a search on Google Maps, you will now also see results your friends have recommended right on the map. Due to the nature of how Wajam implemented its solution, the results will appear as “sponsored links” in the mapping app. On Google Search in Safari, you will see results from your friends on Facebook, Twitter and Google+ as well. 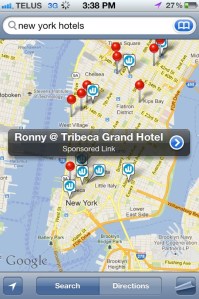 To do all of this, the Wajam team had to do some creative reverse engineering and Apple could obviously put a quick stop to this by making a few changes to its operating system. It’s also not clear if Wajam will be able to continue to inject its results into the new mapping app on iOS 6, which will be powered by Apple’s own maps. Given the team’s tenacity to get this first version working, however, I would be surprised if Apple could stop Wajam from doing the same thing with the new mapping app. As Archambault told me, he isn’t too worried about Apple, though. He just wants to focus on getting his product to as many people as possible.

The company is very aware of the security and privacy implications of having all of this search data pass through its proxy servers. The new service has been audited and verified by TRUSTe and Wajam’s overall service has also received security certifications from TRUSTe, McAfee and Norton.

Wajam also plans to expand its mobile reach in the coming months, both in terms of platforms and mobile search engines and other searchable sites.