The Winklevoss twins, the 31-year-old Harvard grads who are probably best known for their years-long legal fight with Mark Zuckerberg over the founding of Facebook, have put $18 million of their Facebook settlement cash toward buying a brand new bachelor pad in the Hollywood Hills, according to a report today out of TMZ.*

The reason for the move out west? It’s not because the statuesque pair wants to give Armie Hammer a run for his money on the silver screen. TMZ reports:

“The Winklevii have their eye on SoCal as the new Silicon Valley (which is home to Facebook and Apple) thanks to L.A.’s booming tech scene.”

The new mansion will reportedly be inhabited mostly by Tyler, who will use it as his home base while launching West Coast operations of the brothers’ new NYC-based venture capital firm, Winklevoss Capital. 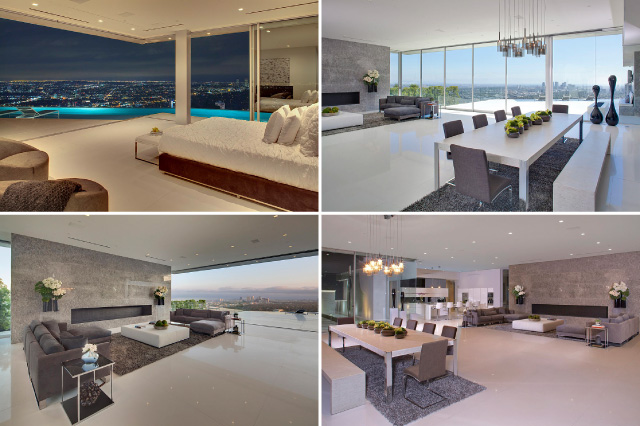 I love to rib the Winklevoss twins as much as anyone, but focusing more on California does seem like a smart move to show that they are serious about tech investing. The San Francisco Bay Area is still the epicenter when it comes to tech, and Los Angeles has indeed been heating up as a startup hub in recent years. We’ll have to see how often the Winklevosses jaunt up north to Silicon Valley — that could result in some interesting run-ins to say the least.

If you’re in the mood for gawking and feeling vaguely jealous, you can leaf through the photos of the Winklevii’s new house on this slideshow.

* Yes, the showbiz gossip site that some prickly readers like to compare to TechCrunch, which I think is meant to be an insult but could be a compliment? Hey, no one can say TMZ doesn’t get the best scoops in its field. I’m rubber, you’re glue, etc.