Paul Maritz turned over the job of VMware CEO to EMC’s COO Pat Gelsinger on stage at VMworld today. It’s a move long expected that tells us more about the company’s future direction as it moves into new territory beyond its enterprise kingdom.

There are battles ahead with the likes of Cisco, trust to gain and lose with the open source community. Gelsinger will now have to lead the evolution of VMware’s Cloud Foundry and recent acquisitions such as DynamicOps and Nicira, the $1.26 billion acquisition that closed last week. 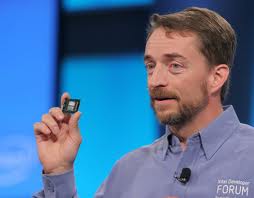 He faces a world that is innovating all around VMware. The company can sell just so many virtual machines. It now has to innovate.

Maritz remarked about that need for his introduction, before turning his job over to Gelsinger.

Maritz, one of the great technologists of our time, stood on stage and said we are coming to the end of 50 year journey to automate the paper based processes. Today, business is dependent on providing an experience to customers. Maritz said there will need to be innovation in taking multiple data streams to create new experiences. We will see an equal pace in the change of IT over the next four years as we did in the past four years.

The greatest change will be in our data centers, applications and new forms of data fabrics. Results will get presented to people in a post-PC multiple device world. He said the conference will focus on these different layers.

What will become of Maritz? He will remain on the VMware board of directors. But his full-time job will be in reporting to EMC CEO Joe Tucci.

What he will do is still unclear. EMC faces its own battles with up and coming flash storage providers such as Fusion-io, now a publicly traded company and startups such as Nutanix, which just raised $25 million for its converged systems.

He will need to put more attention Cisco, which EMC and VMware will compete with more now that it is in the business of software defined networking.

There is the future of Cloud Foundry to contend with and the trust it needs to build with the open source community. VMware did announce its support for OpenStack as a gold member yesterday. It’s symbolic more than anything else but it does show that EMC/VMware sees more interest in differentiating as a platform provider. As Rishidot analtyst Krishnan Subramanian explains — this means VMware can sell support for the great majority of companies that have VMware technology installed in their data centers.

This is in large part why we hear so much talk about the “software defined data center,” from VMware. Nicira will provide ways for the companies to create more capabilities to manage multiple clouds. But with that networking capability it will mean deeper competition for a host of new startups.

And that has to be both Martiz and Gelsinger’s challenge – how to keep the pace of innovation while still maintaining its vast legacy business.