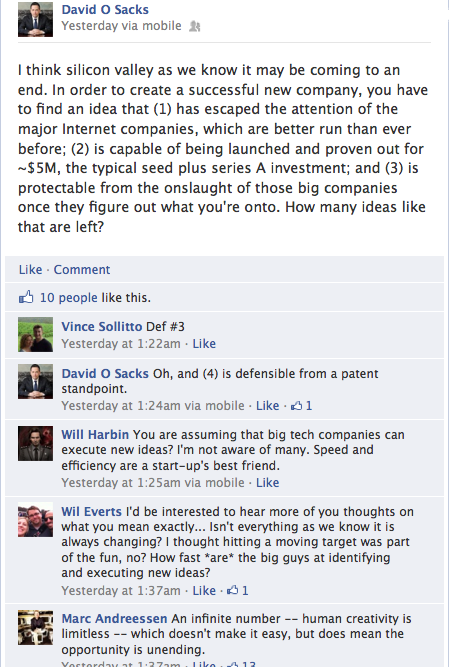 There is a pretty fascinating debate happening right now on David Sacks’ Facebook page. Exactly one month after the Yammer sale to Microsoft closed, Sacks is feeling pretty bearish about the startup ecosystem.

“I think Silicon Valley as we know it may be coming to an end …,” Sacks posts, arguing mainly that because major Internet companies (like um, Microsoft?) are on the prowl for innovative ideas, it’s too risky and costly for entrepreneurs to attempt to create successful new companies.

“How many [viable] ideas like that are left?” Sacks, who was a TechCrunch50 winner, asks.

“An infinite number — human creativity is limitless,” responds the infinitely more positive Marc Andreessen, “Which doesn’t make it easy, but does mean the opportunity is unending.”

Andreessen then refutes Sacks’ argument point by point, basically asserting that larger companies are, in many cases, less equipped than startups to execute on novel and world-changing ideas (Apple Ping anyone?), as they care more about stability than change.

Andreessen, who watched his own Netscape get crushed by Microsoft in the mid-nineties (and then lived to sell Skype to the beast of Redmond as A16z’s first exit) mind you, wins this round, by sheer enthusiasm.

He goes on a comment tear, and “successfully bludgeon[s] his audience into submission” three times! Sorry Sacks, but if Marc can muster up some hope, then so can you.

Also, I for one am a huge fan of Yammer investor George Zachary’s mystical response, “As long as the universe keeps changing, there is opportunity.” And a time to every purpose, under heaven. 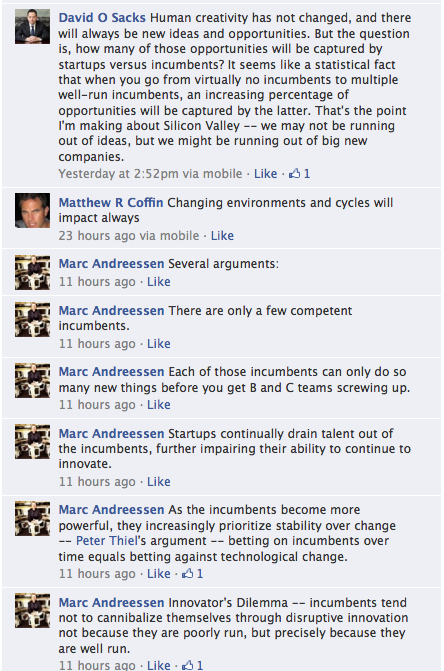 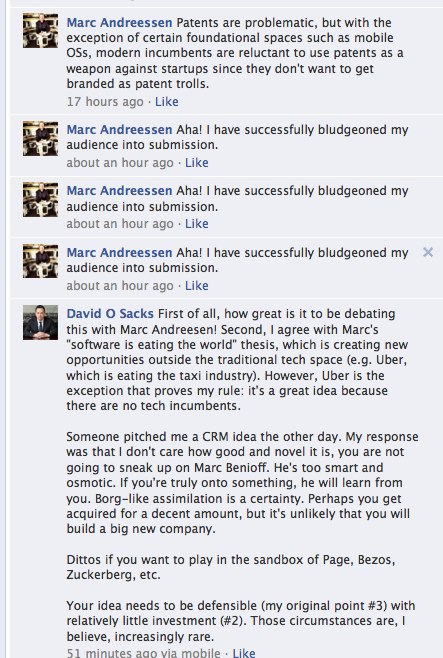 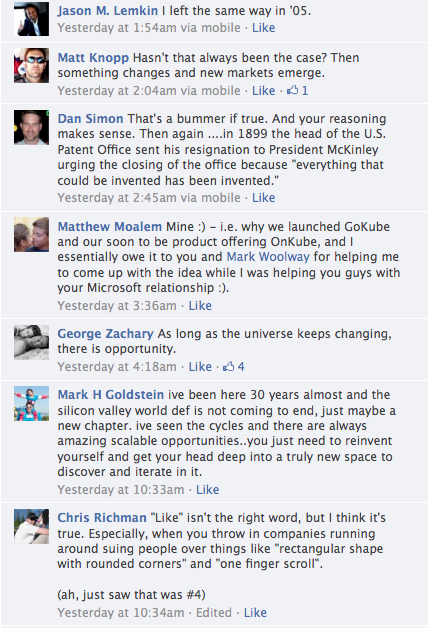 Update: Sacks responds to this post, in the original thread of course!

Update 2: Sacks informs me via email that the entire discussion thread is now Public. I also just Friended him on Facebook. 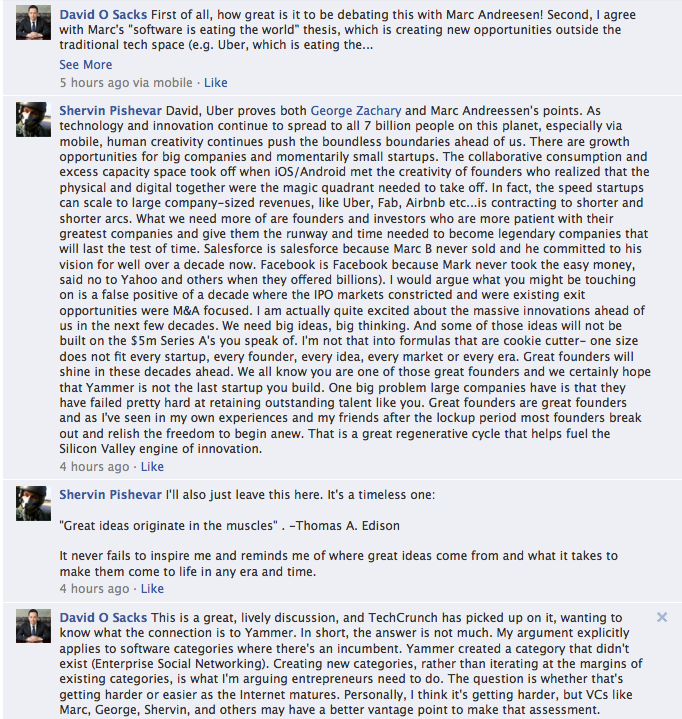