Plancast, a TC alumni startup that limped along in the deadpool for a few years, has just relaunched under new ownership. ActiveNetwork paid an undisclosed sum last spring and spent the summer updating the site. Co-founders Jay Marcyes and Mark Hendrickson are no longer maintaining the service.

“We made a fraction of Facebook’s current market cap,” said founder and former TC writer Mark Hendrickson. Hendrickson wrote an excellent post-mortem on the entire Plancast process, from beginning to end, and for a while it looked like the company could compete with Eventbrite and similar event services. Slow uptake and a small user base nixed those plans and they ended up nearly scrapping the service, leaving it to run on a few servers while they awaited a buyer. He later joined Lift in March.

Active Networks has improved the front page, adding more event discovery as well as a more streamlined approach to creating events. We have been assured that Pepper the Plancast Penguin, an important figure in Valley lore and legend, will remain as the mascot for the site.

Apparently the companies were in talks a few months after Plancast went on sale. “There were only a few months between when we stopped working on it full time and transferred,” said Hendrickson. As a big fan of the service, I’m glad to see that everything got sorted out quickly. 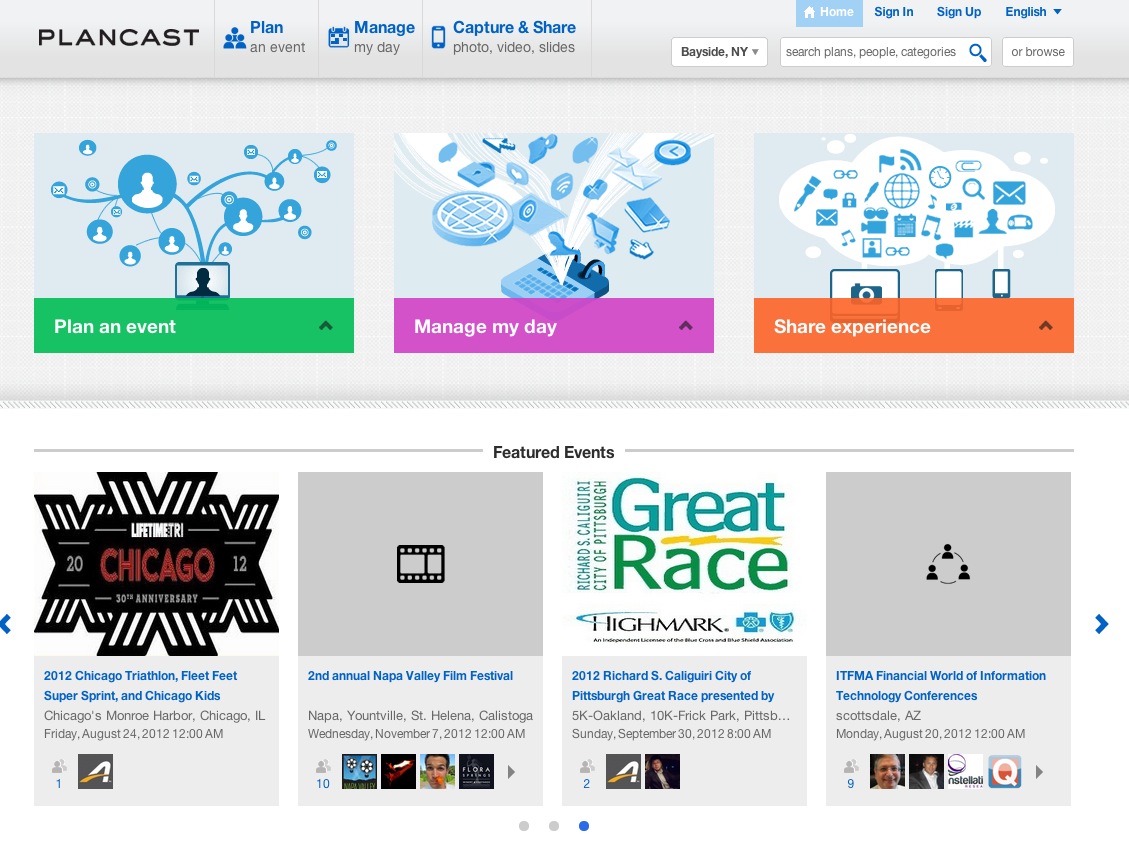