Finding funding was hard. “We’ve bootstrapped the business from personal savings and have been making money since we launched. As you can imagine seed and angel funding for adult businesses, even if you are doing innovative things, isn’t easy to come by. So we knew from day one we had to make money in order to survive. That being said we still like to try the ‘mainstream’ tech ways of getting money. I think we’re on our 3rd rejection from Y Combinator and even have been rejected by every Los Angeles startup incubator (and there’s like a billion of them!),” said Tao. Finally, they started working with the LA Startup Club.

The boys are relatively alone in their efforts to build crowdfunding for PR()N.

“The big thing is there are no serious players in the space for adult crowdfunding. The big guys like Kickstarter or IndieGoGo don’t allow adult projects and honestly never will. Not only are their communities not suitable for adults, but they can’t because of their payment processing,” said Tao. 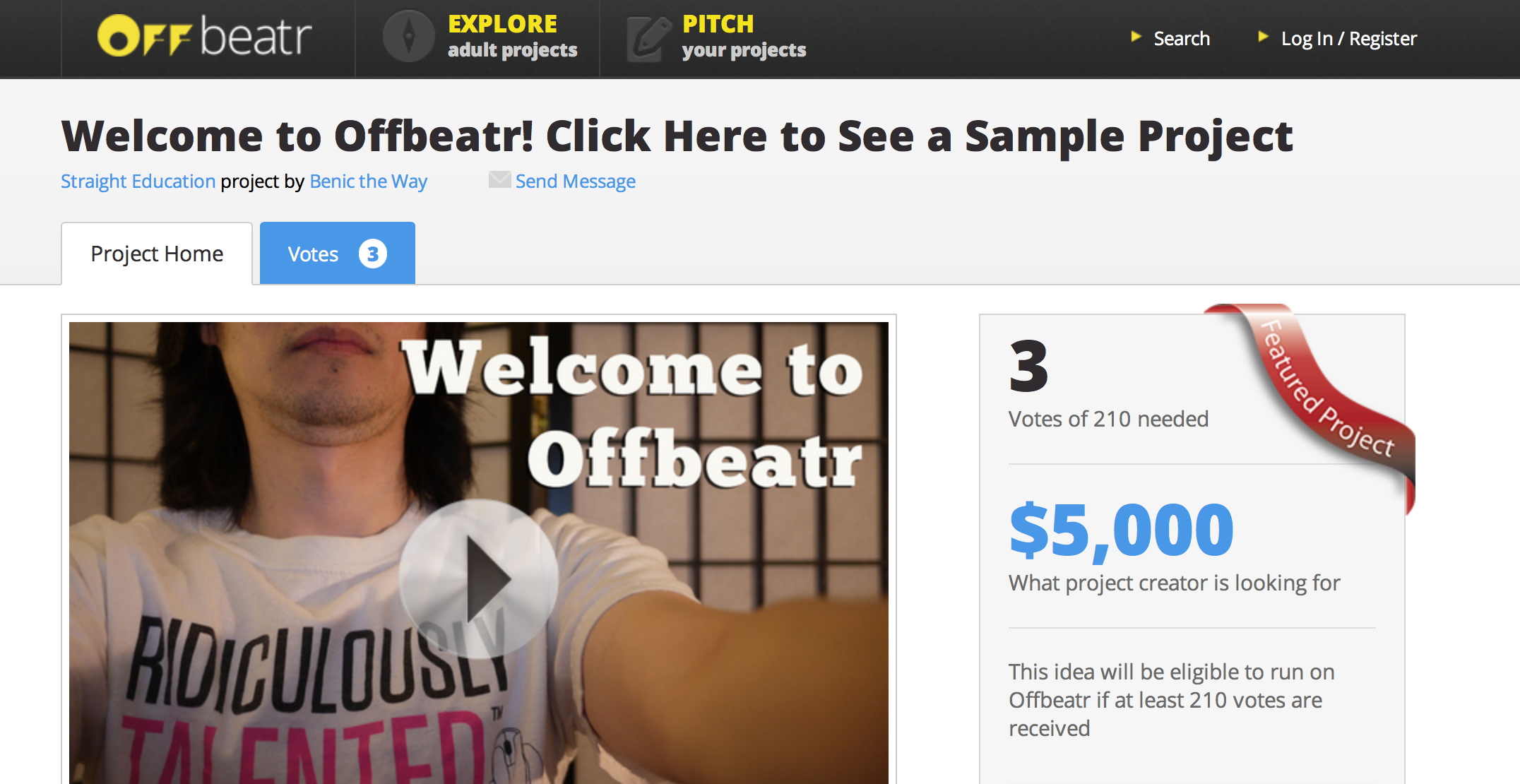 “People talk about all the money that you can make in porn, but after attending numerous industry shows, talking with studio heads, and interviewing actors and actresses we realized it’s not what people think at all. The proliferation of free content has taken its toll on the industry no different than their mainstream counterparts. What’s worse though is that adult industry is a ghetto where your options for monetizing content are extremely limited,” he said. “For Offbeatr it’s about going directly to the fans and supporters and engaging them in the process and giving content creators access to capital they previously never had access to. By getting this capital the industry will start to innovate and take more risks with business models, products they make, and how they reach out to their customers.”