99designs, the polarizing crowdsourced design marketplace, announced its first acquisition tonight, as the Accel-backed startup scooped up its European rival, 12designer, for an undisclosed amount. In the near-term, 12designer will continue to operate as a standalone site.

Since raising $35 million from Accel, 99designs has focused on international growth, said Patrick Llewellyn, the company’s President and CEO. 12designer is based in Germany, which has become 99design’s top non-English (and fastest-growing) market, with European users now accounting for 15 percent of the site’s graphic design contests.

For those unfamiliar, the San Francisco and Melbourne-based 99designs launched in 2008 to bring a crowdsourced design marketplace to designers and small businesses looking to network and find and showcase quality graphic design work. The site now features work from over 175,000 graphic designers in 192 countries, allowing businesses to source work for their logos and web design needs by launching contests in the 99designs community or purchase design templates from the startups’ ready-made store.

Of late, 99designs has become increasingly focused on building out its international user base, and Llewellyn tells us that 12designer represents an important strategic opportunity to expand via localization, thanks to the German startup’s multi-lingual team and local marketplace expertise. Bringing 12designer on board allows 99designs to provide German customers with support in their own language and time zone (as well as in Italian, French and Spanish). 12designer has also built a solid base of 20,000 European designers, which helps boost 99design’s local talent pool.

The company is also creating a European base in Berlin, where 12designer is located, which it will use to continue its regional expansion plans and capitalize on Berlin’s growth as a local startup and design hub.

Because both sites operate on a similar model, allowing designers of all skill levels to compete for work and quickly sketch out proposals and concepts, the acquisition makes sense. And, by the way, 99designs has become “polarizing” as I mentioned above for exactly this reason. In other words, professional designers tend to believe that this speedy, pump-it-out model facilitates a misguided incentive system and doesn’t produce the best work.

Nonetheless, 99designs has grown steadily (and exponentially) over the last four years and it’s found many supporters among the amateur and young design crowd. The company’s CEO also says that it’s paid out more than $38M to its community to date, so it’s hard to say 99designs isn’t giving value back to the creative community.

As for the acquisition, it’s reminiscent of Fab.com’s recent purchase of its German counterpart, Casacanda. In both cases, it represents signs of things to come in Europe, giving the companies the ability to build on early momentum in Europe and set up a central base that allows them to better serve local clients.

For 12designer, which was the first business developed and financed by Grupo Intercom and has five employees, this seems to be a positive outcome. At least that’s the way founder and CEO Eva Missling is looking at it, especially as she will become 99design’s new General Manager of Europe.

She said of the acquisition:

With 99designs rapidly gaining marketshare in Germany and Europe, we had two options options: Try to compete or try to join the company. Our multilingual team has the regional marketplace expertise to contribute in a meaningful way to 99designs expansion in Europe … so the acquisition provided us with an opportunity to achieve a lot more than we ever could have done on our own.

From here on out, we can expect to see 99designs continue to try to take strides in Europe, as it plans to ramp up hiring out of its new European headquarters and may even continue to make talent-based acquisitions in the region. A year from now, the 99designs CEO said, the company wants to have doubled or tripled the size of its Berlin office. Clearly, there’s more where this came from. 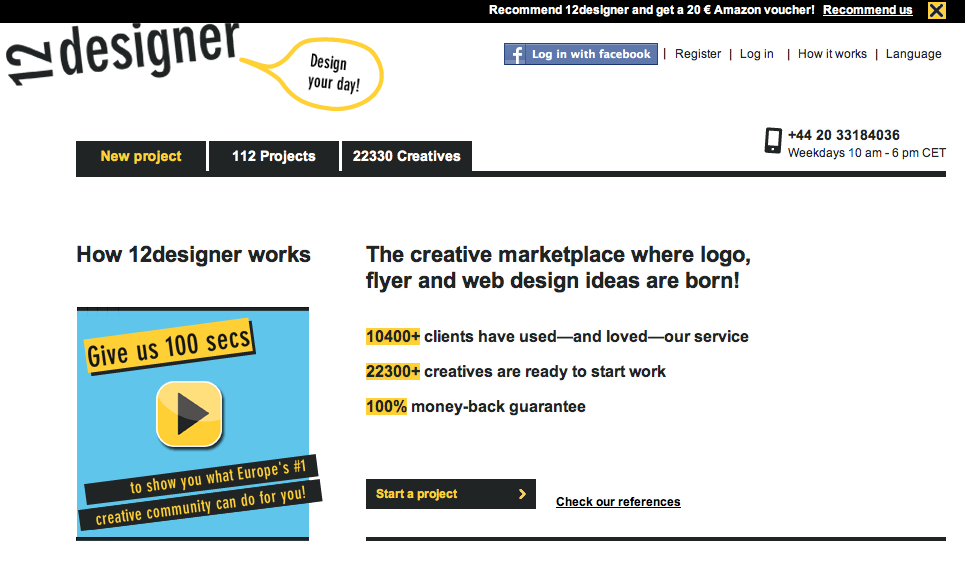