Blake Commagere, who’s probably best known for building early, popular Facebook apps like Zombies and Vampires (hey, remember those?), has started a new company called MediaSpike to tackle one of the big problems he faced as a developer: Integrating sponsored product placements into the games.

Commagere says those placements were one of the most effective and popular ways to monetize — in fact, when some of those campaigns ended and the sponsored content disappeared, “Users would actually complain.” On the other hand, he says that managing the process was “incredibly difficult.” Without any tools to help with the process, everything took a lot of time, whether it was determining where the sponsorship would appear, creating the media assets (i.e., the art for the sponsored product), and then providing all the data that the advertisers wanted. Then, when the next campaign came around, he’d have to start from scratch and do it all again.

“It got to the point where it felt like I had to choose between spending so much time on this sales cycle and focusing on building games,” Commagere says.

With MediaSpike, Commagere is trying to eliminate many of the inefficiencies with a marketplace that standardizes the process. Developers can identify specific areas of the game where they’re willing to feature sponsored content — Commagere showed me a demo game set in a bar where the poster on the wall, the drinks for sale at the bar, and other items were up for sponsorship. Developers create a marketplace listing for each of those items, including statistics about the game’s audience, a sample of the assets needed, and the sponsorship price. 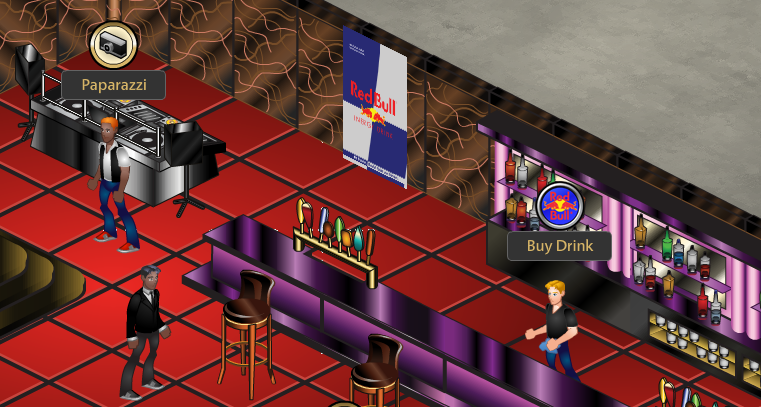 So an advertiser can now identify the demographics of the audience that they’re trying to reach, and MediaSpike will give them a list of games that meet their needs. Then they can pick the item that they want to sponsor, create the art, and even open up a test version of the game showing how the sponsored product will appear in the game. Once the campaign has started, they can view up-to-date statistics on how it’s going.

For a developer, meanwhile, once they’ve integrated with MediaSpike and created the listings, they have to do very little to launch new campaigns. They get an email alerting them when an advertiser is proposing a campaign, and all they have to do is approve it or not.

MediaSpike has raised a seed round of funding from Raptor Ventures, Venture51, Team Downey (Robert Downey Jr.’s production company), Google Ventures, 500 Startups, CMEA, EchoVC, and HNK Ventures. It’s currently testing out an early version of the product with a small group of developers.

Looking ahead, Commagere says he definitely wants to open the platform to more developers, including the “long tail” of smaller games (which might not have a large audience, but might still appeal to advertisers because it reaches a desirable demographic). He also wants to expand beyond Facebook games to mobile — it made sense to start with social games (because they have a fast, iterative design process, making it easy to introduce and remove sponsorships), but Commagere says MediaSpike could conceivably work on any gaming platform. And he wants to incorporate smarter pricing in the marketplace, dynamically adjusting the price based on supply and demand.

Besides making more money for developers, Commagere suggests that if sponsored content really takes off, it could also change the type of games that are made. As a gamer of a certain age (which is to say — my age), Commagere has fond memories of classic adventure games like Day of the Tentacle. You don’t see games like that on Facebook, in part because of the business model. If most of your money comes from virtual goods, then you can’t create a game with a finite, branching storyline, because people aren’t going to buy goods if they lose them every time they replay the game from the beginning. So Commagere is hoping that if different business models flourish, different types of games might appear too.

To get priority in the MediaSpike invite process, TechCrunch readers can sign up for it here.