Zapier, the Y Combinator-backed service that allows you to automate common tasks on the web and sync data between web apps, just announced the launch of its third-party developer platform. With Zapier, even non-technical users can easily create connections between the more than 60 apps the service currently supports. This means, for example, that you can push a notice to your Basecamp account whenever you sell a ticket on Eventbrite or get an SMS alert every time somebody signs up for your Campaign Monitor or AWeber email marketing campaigns. 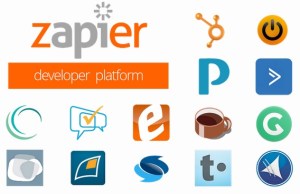 With its new development platform, the Mountain View-based company says, developers will be able to easily add their own apps to the service instead of having to wait for the Zapier team itself to support them. Zapier currently supports over 60 services, including popular tools like Asana, Dropbox, Campfire, MailChimp, Salesforce, Stripe, Shopify and Zendesk. Developers will be able to hook into all of these apps, as well as any new ones Zapier itself adds in the future. This, says Zapier co-founder Wade Foster, will save “app developers weeks to months in developer time building integrations and lets an app developer spend more time focusing on their own apps.”

Zapier’s core feature set and mission is similar to the popular IFTTT, but while Zapier also supports Twitter and Facebook, the company’s focus is squarely on business and enterprise tools like Campaign Monitor, Basecamp, Asana and Stripe. As Foster told us earlier today, the service currently processes over 10 million events per month. Zapier is available in a slightly limited free version. Premium accounts start at $15/month. 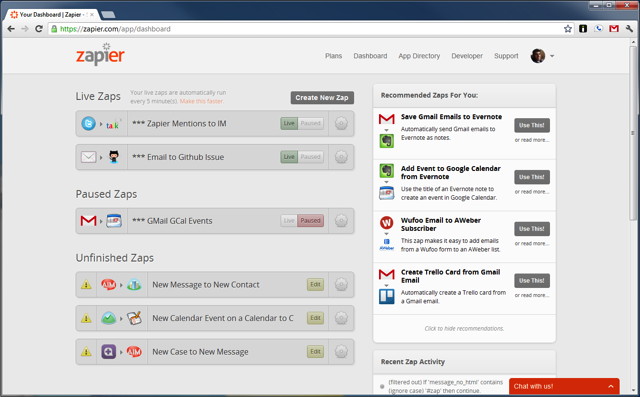