When Evan Williams and a bunch of other Obvious Corp teammates suddenly follow a snazzy, un-launched product called Medium, you know something big’s about to happen. For now, Medium.com is a website that lets you easily drag in or upload a photo and annotate it with overlaid text, but we hear there are bigger ambitions for the product.

Medium’s Twitter account describes it as “The new thing”, and its only tweet is “Getting antsy”, which was posted last night and seems to foreshadow an imminent launch. We couldn’t find other details, but Medium’s placeholder product lets anyone combine an image and quote to quickly get a point across. That doesn’t seem world-changing enough for Obvious, though, so expect it to reveal something much grander.

Incubated, advised, or perhaps even built by the Obvious team responsible for that little blue bird, its no surprise Medium offers a Twitter login system. However, for now authentication doesn’t go through, and instead dumps you at this “we’re not launched” message. 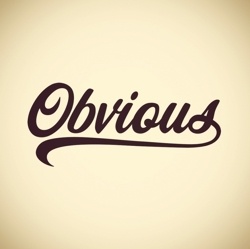 As of today, Medium  lets you take any photo, slap it in, and one-click a text box to overlay your thoughts. There’s a blur button to give your background image a soft focus. If this was the final product, Medium could help you make a picture worth a lot more than 140 characters.

Once it launches, though, Medium could reveal itself as something much more ambitious, and the photo thing is apparently just a front. One thing’s for sure, the whole site feels very classy and well designed, indicating it was spawned by a seasoned team.

Along with Ev and The Obvious Corporation’s CTO Don Neufeld, some of Medium’s other 39 followers who might be involved include Typekit co-founder Bryan Mason, and Mixbook director of design / UX Mike Gowen — all who could have contributed to Medium’s polished look as developers, advisors, or just testers.

We’ll be watching for when it launches.

[note: This article was significantly updated after we learned more about the true purpose of Medium]