After Inkling made its public debut more than two years ago, it quickly became known as the startup that made super well-designed interactive college textbooks for the iPad. But in recent months, Inkling has slowly but surely expanded significantly beyond that initial focus — branching out from educational textbooks to consumer-focused titles such as cookbooks, and from the iPad to other digital venues such as the standard web browser.

Today, Inkling is continuing in that progression with the debut of its Version 3.0, which brings the official launch of its e-book titles to the iPhone and the iPod Touch. 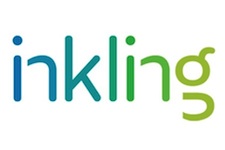 Since Inkling is such a visual product, it was great to have its founder and CEO Matt MacInnis come by the TechCrunch TV studio to show us how the company has translated its e-book platform to the relatively tiny form factor of the iPhone and the iPod touch — while keeping all the interactive bells and whistles for which Inkling has become so well-known.

Along with the demo, MacInnis also gave us some updated stats on Inkling: The San Francisco-based startup now has some 100 full-time employees, and during the last school year Inkling was used by students at more than 4,000 schools, with over 50 percent of the medical schools in the United States having active Inkling users. But as strong as education is at the moment, its consumer-focused titles such as Frommer’s travel guides are promising too, he said, and represent a big part of Inkling’s business going forward.

Watch the video embedded above to see how Inkling looks on the iPhone, hear MacInnis weigh in on what it’s like to compete with e-book giants like Amazon and Apple, learn why Inkling is moving into the platform realm with the debut of its publishing platform Habitat, and more.

Here are a few screenshots of Inkling for the iPhone (click on each to enlarge): 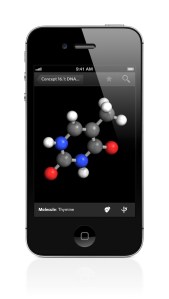 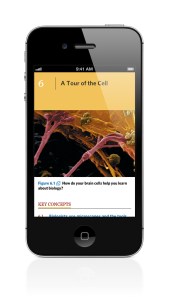 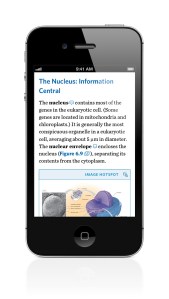