Over the next few months, anyone still refusing to voluntarily switch to the Timeline profile redesign will be automatically migrated, Facebook tells me. Users could choose to adopt the redesign starting in January, but there have been some hold-outs who didn’t want their whole life becoming easier to access, or just hated change.

Soon they won’t have a choice, though. Facebook revealed to me it plans to complete the Timeline rollout by this fall as part of its photo revamp this morning. By waiting to minimizing the number of users it’s forcing to switch, and doing it all gradually, Facebook will have successfully avoided the wildfire protests that characterized its early years. 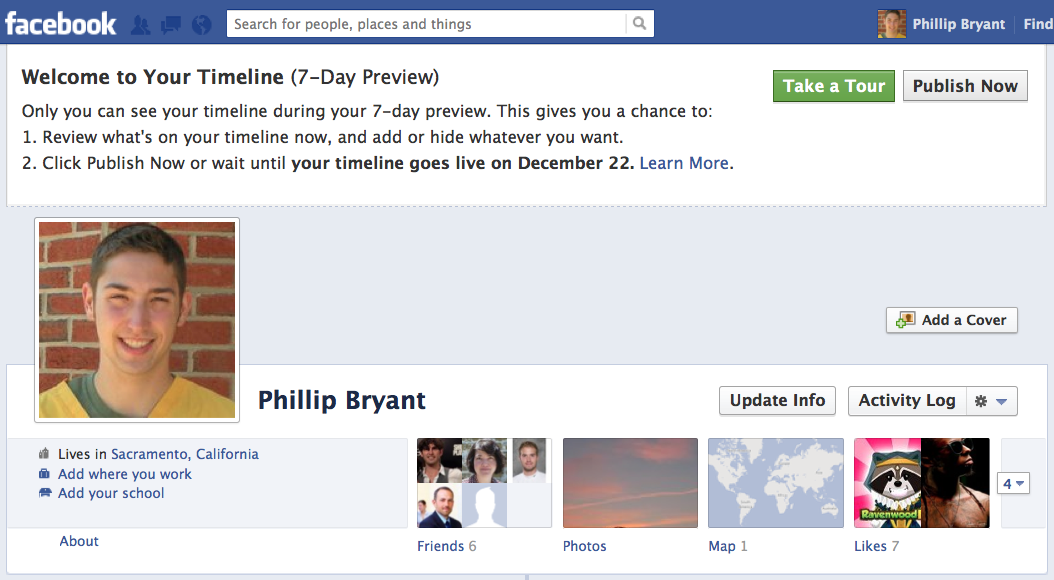 Before the end of the year, those still on the old design will see a prompt upon their next login telling them about the switch to Timeline. They’ll then have seven days to curate their old posts and voluntarily publish their Timeline before it automatically goes live and becomes visible to their friends.

Some users have already been required to switch, though this last push will make sure all 955 million users are using the same profile format. Facebook tells me over the last few months its been rolling out Timeline to some who originally, but the migration will likely going to accelerate in hopes of getting everyone switched over by fall. Facebook’s reasoning? To give everyone a consistent experience.

There may be some other motives, too. Timeline comes with the “Recent Activity” box that calls out the apps you use, helping them grow and attracting developers to Facebook’s platform. There’s also the revamped Photos section that encourages more browsing and tagging. [Want the scoop on what Facebook’s building next? Come to our Facebook Ecosystem CrunchUp this Friday]

Surely there’ll be some users dreading the switch. Older people I know say they still come across plenty of un-timelined profiles. These users may have come aboard Facebook during its high growth years around 2009 and 2010, and had just gotten used to the simpler previous design when Timeline debuted.

Others might be worried about their entire archive of Facebook content becoming more readily accessible. Timeline doesn’t change your privacy settings, plus it includes Activity Log, a much more powerful way to control the visibility of one’s content. It does allow much speedier navigation to posts from years ago, though. Skimming those posts to hide embarrassing or inappropriate photos or status updates is a bit of a chore.

However, curating Timeline is important. Featuring and hiding different content lets you present a more faithful online representation of your current personality and attitude, rather than being just the exact sum of your past. Also, the definition of “friend” has expanded in the eight years Facebook has been around to include bosses and family, not just peers.

Some might say an uncurated Timeline is more accurate, but I think we all deserve a chance to keep racy jokes or party pics visible only with our close friends, and not everyone we’ve friended who might misinterpret and judge us by them.

So if you (or your friends) still aren’t on Timeline, don’t be scared. Go tell the world who you are, not just who you were.