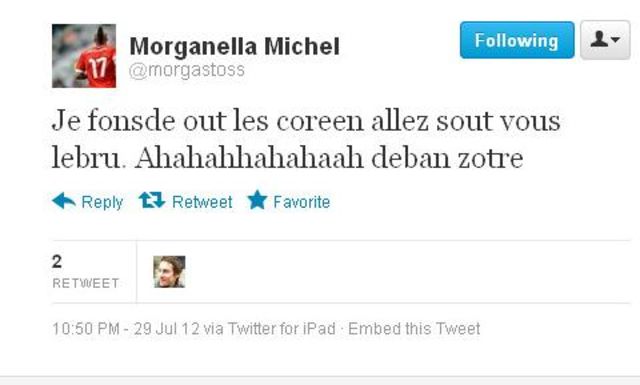 The tweet is difficult to translate, as it is written in a rough mix of French and textspeak, but he tells all Koreans to “burn yourselves,” calling them a “bunch of ‘tards.”

Morganella released a statement through Swiss Olympic, “I am sincerely sorry for the people of South Korea, for the players, but equally for the Swiss delegation and Swiss football in general. It’s clear that I’m accepting the consequences”.

He “discriminated against, insulted and violated the dignity of the South Korea football team as well as the South Korean people,” said Swiss Olympic team chief Gian Gilli through a translator at a news conference, explaining that Morganella had been removed from the team.