Warby Parker, Birchbox, HotelTonight, Threadflip, Dollar Shave Club. People who follow the booming e-commerce trend will certainly find those names familiar. But up until today, they may not have known one thread that ties them (and a handful of other similar companies) all together: Forerunner Ventures.

A San Francisco-based venture capital firm focused on digital commerce startups, Forerunner Ventures has flown a bit under the radar for a while, piloted by a small staff backed by a low-key group of individual investors. But today, the firm is making its first step out into the bigger leagues, announcing that it has closed on $40 million for its first ever institutionally-backed venture fund.

Forerunner’s strategy is pretty straightforward: The firm puts money into startups primarily in their early seed and Series A stages, and its first investments typically range between $250,000 to $500,000.

I sat down with Forerunner’s founder and managing partner Kirsten Green this week to hear a bit more about how the firm has grown up until now and where it’s going in the months ahead with the new fund. Green started her career in the financial sector as an investment banking analyst for publicly-traded consumer retail companies — in her early days on the job, Green made a name identifying the retail companies that became breakouts while the American mall was in its heyday. 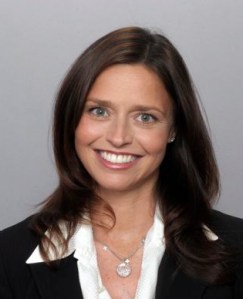 “I’ve gotten an appreciation for companies that really had oomph, and the potential to be breakouts,” Green said.

Eventually, she realized that same potential for breakout success was being replicated outside of the brick-and-mortar mall environment, for startups in the virutal shopping realm. So after years in a successful career as an investment banking analyst on both the sell- and buy-sides of the business, Green stepped away from the public markets in 2003 to focus her attention on what she thought could be the next wave: Digital commerce startups.

She eased into it a bit, doing freelance consulting for private equity firms and financial modeling and consulting work for a handful of small companies. “I thought, this is meaningful, what’s happening online, but it’s not all the way there yet,” she said. “Also, you only get the chance to come out as a brand new firm once, so I wanted to make sure I had my investment thesis lined up correctly.” Over time, she started building out her own individual investment portfolio and garnered some board seat positions at e-commerce startups.

Over the past couple years, Green started to formalize that investment activity on a full-time basis with the formation of Forerunner Ventures — and today, Forerunner is finally buckling in for its first time working as a fully institutionally backed VC firm.

Going forward, though, Green says that the money should not change too much about how Forerunner operates. She’ll continue to keep the staff small, with herself as the primary partner assisted by one principal, Eurie Kim, and one analyst, Elyse Colen. She’ll be keeping an eye out for entrepreneurs who have a passion for the industry and an “intimate understanding” of and compassion for the consumer they’re addressing.

Forerunner will also continue to tap into Green’s background evaluating companies from the no-nonsense lens of a public market retail analyst. “I do lean a lot on that public market experience, so I’m always looking for things that are addressing a real need… high margin products, real revenues, businesses that can scale, those are things that are good to see.” Green said.

That point of view, she says, can help set Forerunner apart from the ever-growing group of investors in the web space. “The way I stay out of the fray is to have a point of view, and to stand for something.” Actually, that sounds like a good M.O. for us all.