PixyKids, a Silicon Valley-based startup building a social media platform for children ages 6 to 12 and their families, is launching into open beta today and rebranding under the new name “Kazaana.” The company felt like the earlier label was “too girlie” and didn’t clearly demonstrate that PixyKids was a family platform, and not just a kids’ platform. (For what it’s worth, I have to admit the first thing I thought of was Kazaa, the music download service which used to bundle some nasty spyware. Oops! But I’m sure today’s kids have no idea. And maybe I’m just old.)

The company is also announcing the addition of Shai Samet, a well-known children’s privacy expert and founder of the “kidSAFE Seal Program,” to its advisory board.

The kidSAFE Seal program is a new, still beta, seal of approval that independently reviews and certifies the safety practices of children-friendly websites and apps, including everything from kid-targeted games, virtual worlds, mobile apps, and more. Several large kids’ brands participate in this program, including Cartoon Network, National Geographic, and Pearson, for example.

Kazaana CEO Rajul Kadakia, formerly of HP, is also the founder of Designs by Rajul, which sold handmade memory albums online and to retail stores. COO Michael Adair was formerly Google’s Head of Finance and former VP of Corporate Development and Finance at Glam Media. 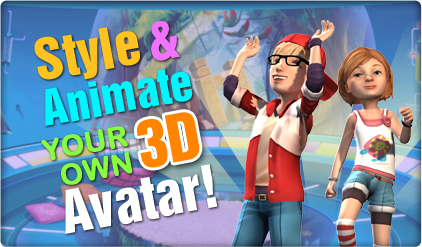 To put it in context, Kazaana competes with other kid social networks like Club Penguin or Moshi Monsters, for example, but offers a social layer where kids not only play games, but also text, video chat, send video messages to friends, share photos, videos and art, and personalize their own 3D avatar. Soon, kids will be able to decorate their “room” on the site, and visit’s their friends’ rooms, too. Also in the works are gamification features, creative apps and mobile apps. 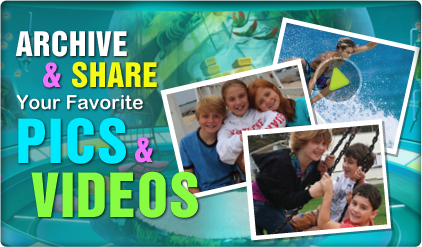 Kadakia explains that the site focuses on the child – “everything we do is from their point of view,” she says. But even though the site is designed for play, the parents are involved, too, which is why it’s now calling itself a “family platform.” The belief here is that kids will be able to express themselves and feel comfortable trying new things on the site because they’re only connected with close friends and family in a private setting.

For parents, the site focuses on security features, like the ability to approve friend requests, as well as the ability to see what kids are sharing, while also archiving that content as a treasure trove of memories which can be enjoyed on some future date. Like other sites in the kid-focused social networking space, Kazaana is TRUSTe certified and COPPA (Children’s Online Privacy Protection Act) compliant.

While currently free, the eventual plan is to monetize via subscriptions, virtual goods and sponsorships as well as some undisclosed “patent-pending” monetization strategies, which the team will share in the future.

Based in Menlo Park, the social network was in private beta beginning this spring, and is now open to all as of today. The company secured $3 million from ATA Ventures and angels this March.