The Pinterest effect on e-commerce sites continues: online wine retailer Wine.com, a company with $67 million in annual revenue, is adding a social shopping component to its website which not only looks like Pinterest, but is also powered by Facebook. Wine.com says it’s using technology provided by Sociable Labs, a San Francisco-based startup which introduced its licensable “EverShare” product suite earlier this year.

But while Wine.com’s change is a notable one for them, the bigger story here is the traction that Sociable Labs is seeing, thanks to the “Pinterestification” (not a real word!) of e-commerce. 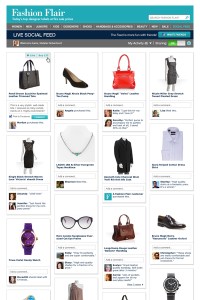 As a refresher, EverShare lets companies host their own Pinterest-style product pages on their websites, while also connecting with Facebook APIs to allow things like purchases, comments, and reviews to be shared with customers’ Facebook friends. It’s the kind of thing that could have been a Pinterest platform app, if Pinterest had a public API. But instead, the service gives sites the “Pinterest feel,” as well as the Facebook graph – an interesting and insanely practical combo.

On Wine.com’s site, for example, the implementation of Sociable’s technology allows visitors to visually browse through products, and, if they’re also connected to Facebook, they can instantly share their activity through Facebook’s Open Graph and see what their friends have recently purchased. There are also some handy customizations provided by Sociable Labs. For example, purchases with a gift message are never shared to Facebook so the surprise won’t be ruined. And there’s a box on the order confirmation page that lets customers post directly from checkout to Facebook.

But rollouts like this are risky. Wine.com didn’t do a big announcement, because the implementation is in beta. As I go to publish this, the EverShare-enabled Live Feed is down (the company says it’s doing “PCI compliance scans.” Oops.) Still, what do Wine.com’s customers think when a big part of the website is dead? Ideally, the best bet may be to make visual, social shopping a core part of the business, like Fab.com has, as opposed to a third-party integration. But not all merchants have the time or resources to make that happen. And maybe they’re not convinced that they should.

Sociable Labs’ CEO Nisan Gabbay says his company now has over 20 customers deployed or in process of deploying the EverShare feature set. And it’s not always e-commerce sites, as it turns out. “We’ve seen equally great response from prominent media companies, in addition to online retailers,” he notes. “As a result, we’ve doubled the size of our sales and services team over the last few months,” Gabbay says. However, because of agreements with customers, most don’t allow Sociable to publish specifics. The only others besides Wine.com which Gabbay could share are Charlotte Russe, Sole Society, Glyde, Rue La La, and Totsy.

The average monthly license fee for the EverShare software and accompanying analytics service is $6,000 per month, Gabbay tells us, and is determined by customer size. If visual browsing is the future of e-commerce and beyond, companies like his could be a big deal.

But retailers are going to soon have to make some tough decisions. Should they build visual, social shopping in-house, integrate directly with Pinterest and use third-party analytics offerings, or should they integrate a third-party Pinterest-like technology (like EverShare and its accompanying analytics reporting)? What’s the right answer?

EverShare, remember, launched in February, so it’s a very new product – those 20 some brands are definitely early adopters here. 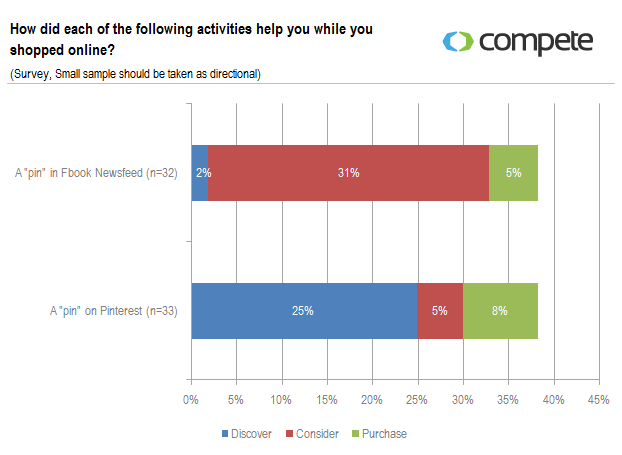 But Compete points out that brands have been slow to engage on Pinterest, and wondered what the holdup may be. The lack of a proper API platform is likely a good guess. This stuff is difficult track. And, as with TV or magazine ads, it’s hard to know when exposure to imagery and content inspires a purchase further down the road…or even a “good feeling” about a brand. Measuring the true ROI of “pinning” behaviors, whether Pinterest proper or Pinterest-like (e.g. EverShare), is going to take some time. It’s the wild, wild west out there.

However, workarounds for the Pinterest problem are already starting to emerge. Curalate and Pintics offer analytics, for example. Pinerly helps brands market themselves via Pinterest. Lexity is introducing a new app tomorrow that lets merchants see how the products they carry are trending on Pinterest, and which are most popular. It’s also helping to discover the top influencers on the platform, as related to the products they sell. (Other apps have already emerged in the “pinfluence” space, like Pinclout and Pinpuff.) But Lexity’s offering lets retailers really start taking action on Pinterest – businesses and brands can download top pins, influencers, find and follow the right people and the right boards, pin their top products automatically, track revenue generated by pins and more.

However, the “right” strategy, like most things in this space, is not going to be a one-size fits all solution, though. For some, EverShare could be an easy way to boost social engagement, while others will want to engage more directly on Pinterest itself. And for others still, they may go for a mix of solutions. Whatever the result, “Pinterestification” of shopping, and maybe even discovery itself is coming.