Editor’s note: Nate Redmond is the Managing Partner of Rustic Canyon Partners. The firm was an early investor in cloud-based gaming platform Gaikai, leading its second round and participating alongside NEA and Benchmark in a subsequent one.

Sony’s announcement this week to buy Gaikai for $380 million shines a light on the startup ecosystem in Los Angeles and the explosive growth that’s taking place. Though the majority of the conversation to date has been about LA’s historical strengths in digital media and commerce, Gaikai represents a new class of companies built around engineering talent solving hard problems.

LA has once again become a hotbed for technical leadership, as indicated by the flurry of investment activity. Entrepreneurs in the LA region attracted $567 million in venture capital in the first quarter of this year, 50% greater than the NY Metro area in the first quarter of the year, according to PriceWaterhouseCooper’s Money Tree report. Between the outstanding technical talent and the passion and vision of great founders, those dollars are being invested into technology-driven companies that break the stereotype of startups in LA.

It’s understandable that to date, when people think of LA start-ups, they typically think of digital media and ecommerce. Powerhouses such as Activision/Blizzard, Hulu, and Jamdat (EA) were built in LA. More recently, Riot Games (Tencent) and Machinima have asserted leadership in their respective segments. Similarly, an earlier vintage of ecommerce companies, including Shopzilla, PriceGrabber, and Lowermybills have been replaced by a new collection of direct-to-consumer brands including those from Intelligent Beauty and a number being developed at Science such as Dollar Shave Club.

However, these segments represent the beginning of the conversation in LA, not the end. Deeply technical engineering teams, brought together by visionary entrepreneurs, are reshaping the character of startups in LA. These teams are building a new set of engineering-driven companies that break the mold and lead with technical innovation. We see great entrepreneurs building on prior successes, joined by a fresh influx of talented founders seeking their first big outcome. There’s also been a well documented crop of accelerators and seed funds formed in the last twelve months that lend mentorship and capital to these entrepreneurial ambitions.

The imaginative and entrepreneurial culture in LA has spawned a number of critical innovations in the IT industry, including the foundation of the Internet’s largest profit center. Google’s AdWords took off following the acquisition of Applied Semantics, which was built by Gil Elbaz and his technical team in LA. Gil is now building another extraordinary technical team at Factual, which is leading a new revolution around data as service.

Perfect Market and Gravity are two examples of strong technical teams being led by successful repeat entrepreneurs. Both are leveraging data as an asset, creating competitive barriers through improved decision making enabled by the algorithms and feedback loops in machine learning. Oblong Industries, whose core spatial operating platform was featured in Minority Report, is an otherwise quiet company that keeps its technical talent tucked away in downtown Los Angeles. 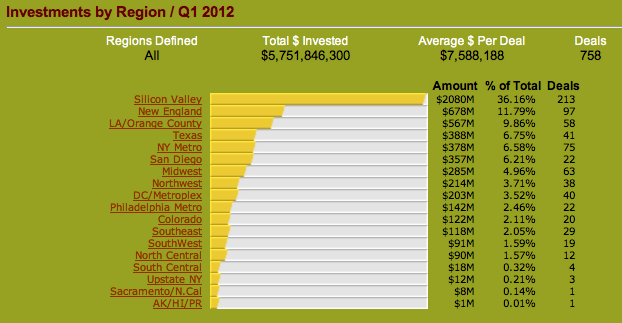 Perhaps we shouldn’t be surprised at the level of technical talent in LA. After all, LA has a deep engineering heritage rooted in the aerospace and defense industries, which for decades sat at the cutting edge of innovation and was a considerable draw for technical talent. While many assume the LA economy has always been dominated by entertainment, it wasn’t until the 1990s that the entertainment industry passed aerospace as the largest employer in the region. With a new wave of technical innovation, LA is once again importing top engineering talent to join the (large number) of science and engineering graduates from local universities.

Which brings me back to Gaikai. The founding team at Gaikai, led by CEO David Perry, is a great example. Gaikai is a technical powerhouse that solved a tightly connected series of engineering problems in order to stream games from a remote server to a web browser running on PCs, tablets and TVs, with no noticeable latency. While many companies claim to stream games, Gaikai delivered on it commercially, holding up to the technical scrutiny of major partners including Nvidia, Samsung and LG, in addition to the discerning eye of some of the world’s best game developers. Add to that list Sony Computer Entertainment.

Gaikai runs a cloud-scale, purpose-built system that is optimized across the interdependent interfaces between server, distributed network infrastructure, and client rendering. The resulting performance is hastening the disruption of a large industry.

The global gaming industry is $60 billion, the largest and fastest growing sector of international media. Look beneath the surface of this growth and you will see a massive shift from a packaged goods business, where customers fork out $60 for a disk that is played on a PC or console such as Microsoft’s Xbox or Sony’s Playstation, to an online service played on mobile, tablets, PCs and Internet-connected TVs. Over the last five years the online/wireless segment has tripled and is on the verge of overtaking the console/PC segment. The resulting disruption is creating massive shifts in value. Gaikai’s cloud streaming capabilities will enable Sony to better capture the shift to online services.

Like all great entrepreneurs, Gaikai’s CEO David Perry, had vision and a steadfast belief in the impact of that vision. David enticed his co-founders to move from Europe and collectively they built a team with deep technical competence in LA. Entrepreneurial leadership causes engineering talent to coalesce around a grand vision and to see that vision realized. Expect to see more of this in LA as the region returns to its roots of deep engineering.