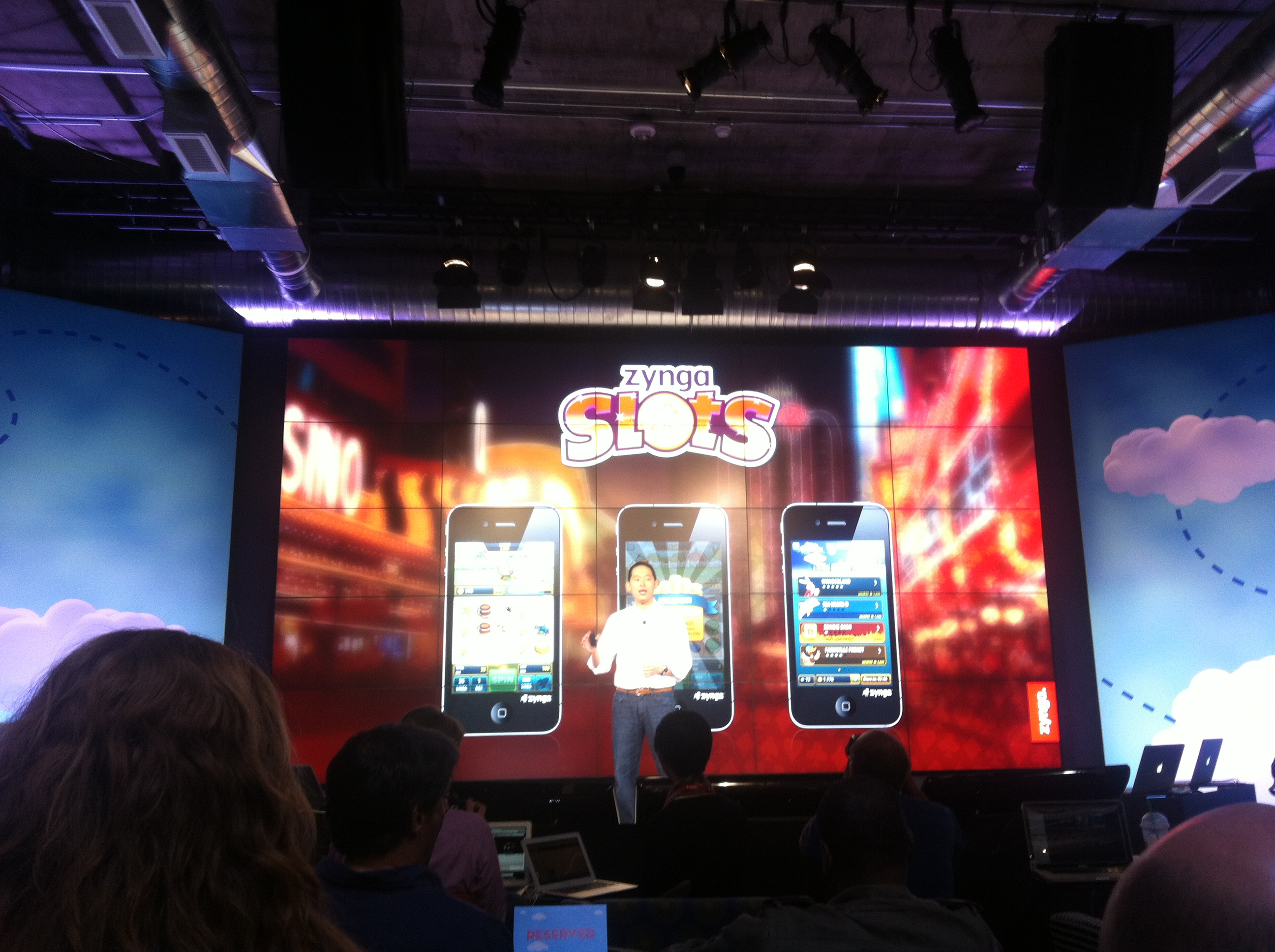 Zynga’s chief mobile officer David Ko said that the company has reached 22 million daily active users on mobile. If you consider that Zynga has about 53 million daily active users on Facebook, it’s a pretty strong sign that the company is diversifying on the Facebook platform (although we can’t deduplicate these figures for players who use Zynga games on multiple platforms).

On top of that, the company announced a new partners program that will let third-party developers reach its network. Atari, Phosphor Games, Crash Lab and others are initial partners.

Becoming a mobile gaming platform puts Zynga in more direct competition with gaming companies like GREE and DeNA, which have their own mobile gaming networks. This is not to mention the fact that Apple has its own Game Center and that Facebook is moving heavily into mobile app distribution too.

Ko also gave a look at a couple upcoming titles including a new Matching With Friends title, that should build on Words With Friends’ audience. He also said that Draw Something is nearing its 10 billionth drawing.